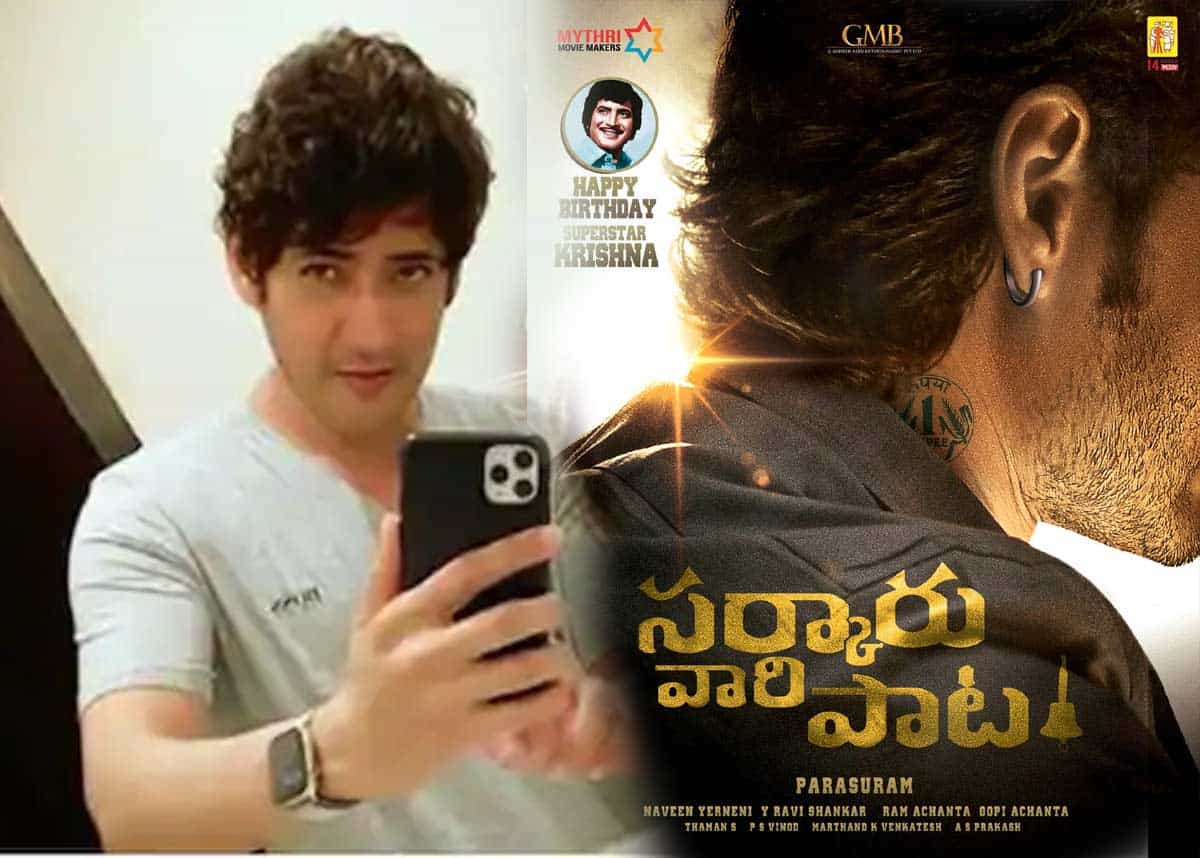 Mahesh Babu and Parasuram’s film is making headlines since the minute it was announced that the film is going to be launched on the occasion of Superstar Krishna’s birthday.

The actor and director are teaming for the first time and expectations are high. #SSMB27 is going to portray Mahesh in three different looks. One of the first looks is when Mahesh will be seen playing a teenager.

To fit into the shoes of a teenager, at this age, Mahesh is sporting a clean shaven look. Which means, the present look he is flaunting in the lockdown period is nothing but the teenager one. The look can be clearly seen in the latest mirror selfie that he has shared with his daughter

Many have wondered what the reason behind this sudden change in Mahesh’s makeover is and the reason is #SSMB27. The other two looks he will be seen in are yet to be known. This is definitely going to be a delight to Mahesh’s fans.

The story of the film has also been leaked and if the news is to be believed, the film is touted to be another political drama that is about frauds in the banking sector. Kiara Advani is going to play the leading lady of this film. This will be second time she will be pairing up with Mahesh Babu.