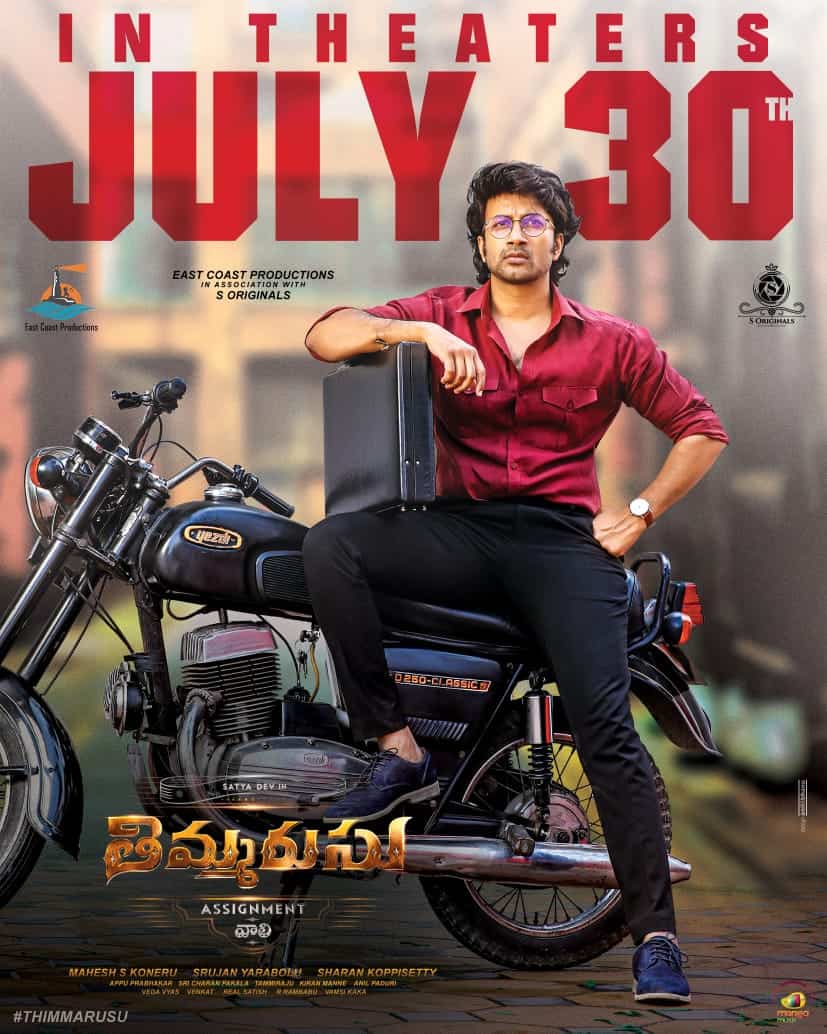 Satyadev, who recently scored a hit on OTT after his Uma Maheswara Ugra Roopasya is now all set to storm big screens. For, his upcoming film Thimmarasu is going to be the first Telugu cinema to hit the cinema halls post the second wave of the coronavirus pandemic.

The film directed by Sharan Koppisetty and produced by Mahesh S Koneru and Yarabolu Srujan will be released on July 30. Trailer will be unveiled very soon.

Produced under East Coast Productions, S Originals, the movie, tipped to be a legal crime thriller, has music composed by Sricharan Pakala. Priyanka Jawalkar and Ajay have played key roles.