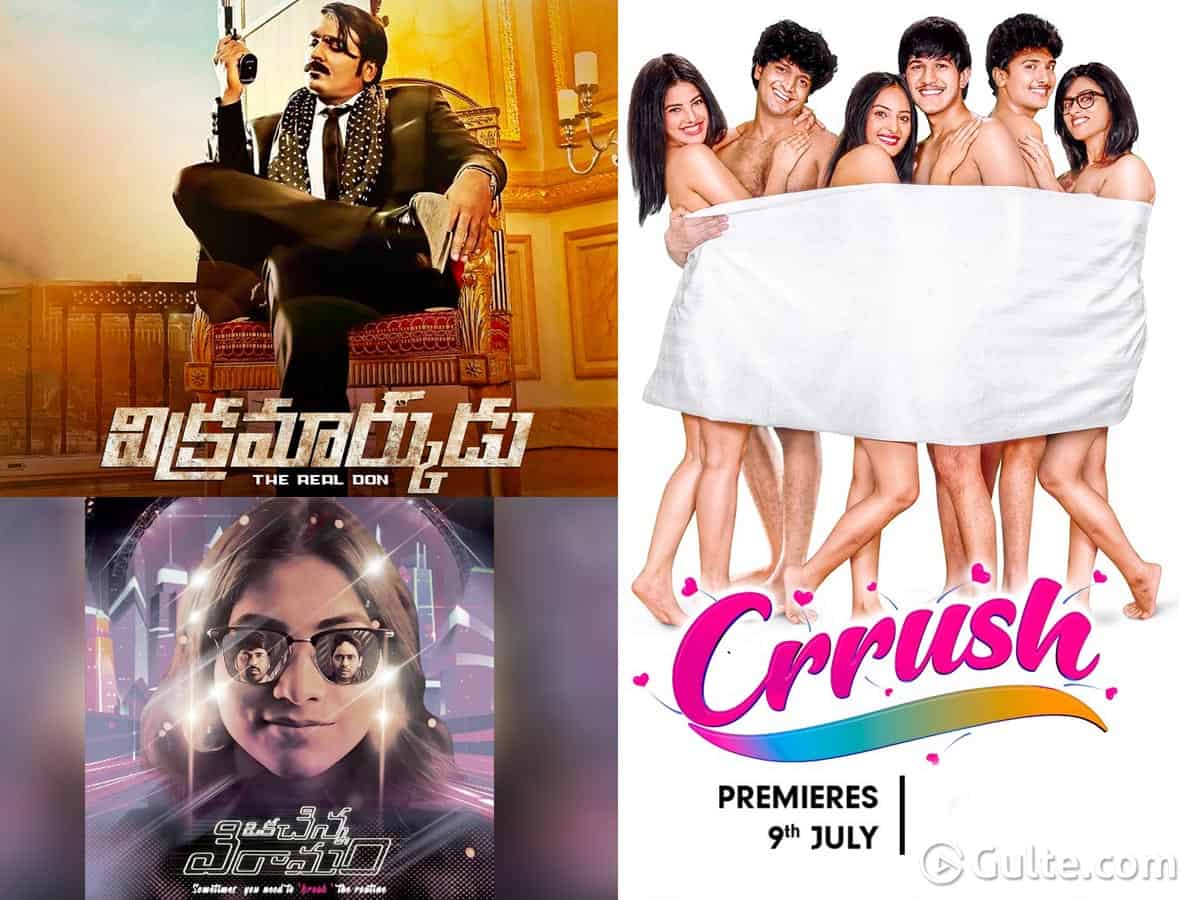 In the absence of theatrical releases, the audiences are being entertained by OTT releases every Friday. Following the tradition, three Telugu movies have premiered on the internet today. While Aha came up with Double Premiere in the form of Vikramarkudu and Oka Chinna Viramam, Zee5 premiered Ravi Babu’s latest directorial venture Crrush.

Oka Chinna Viramam is an edge-of-the-seat thriller which had hit the screens in 2020. Starring Punarnavi Bhupalam, Garima, and Naveen Neni in the lead roles, this movie was directed by debutante Sandeep Cheguri. The film deals with the story of a couple who gets into trouble while trying to raise funds for their sinking business.

Vikramarkudu is the Telugu dubbed version of the 2018 Tamil film Junga, starring Vijay Sethupathi and Sayyeshaa in the lead roles. It is an action-comedy that revolves around Sethupathi’s character who gets into Paris Mafia to save the theatre that his family owns.

Ravi Babu’s latest film Crrush skipped its theatrical release and opted for a digital premiere on Zee5. Touted to be an adult comedy, this movie revolves around three youngsters who try to get their first-hand experience in sex, before leaving for the USA.

People who are looking for some content to watch during this weekend can catch these films on Aha and Zee5.