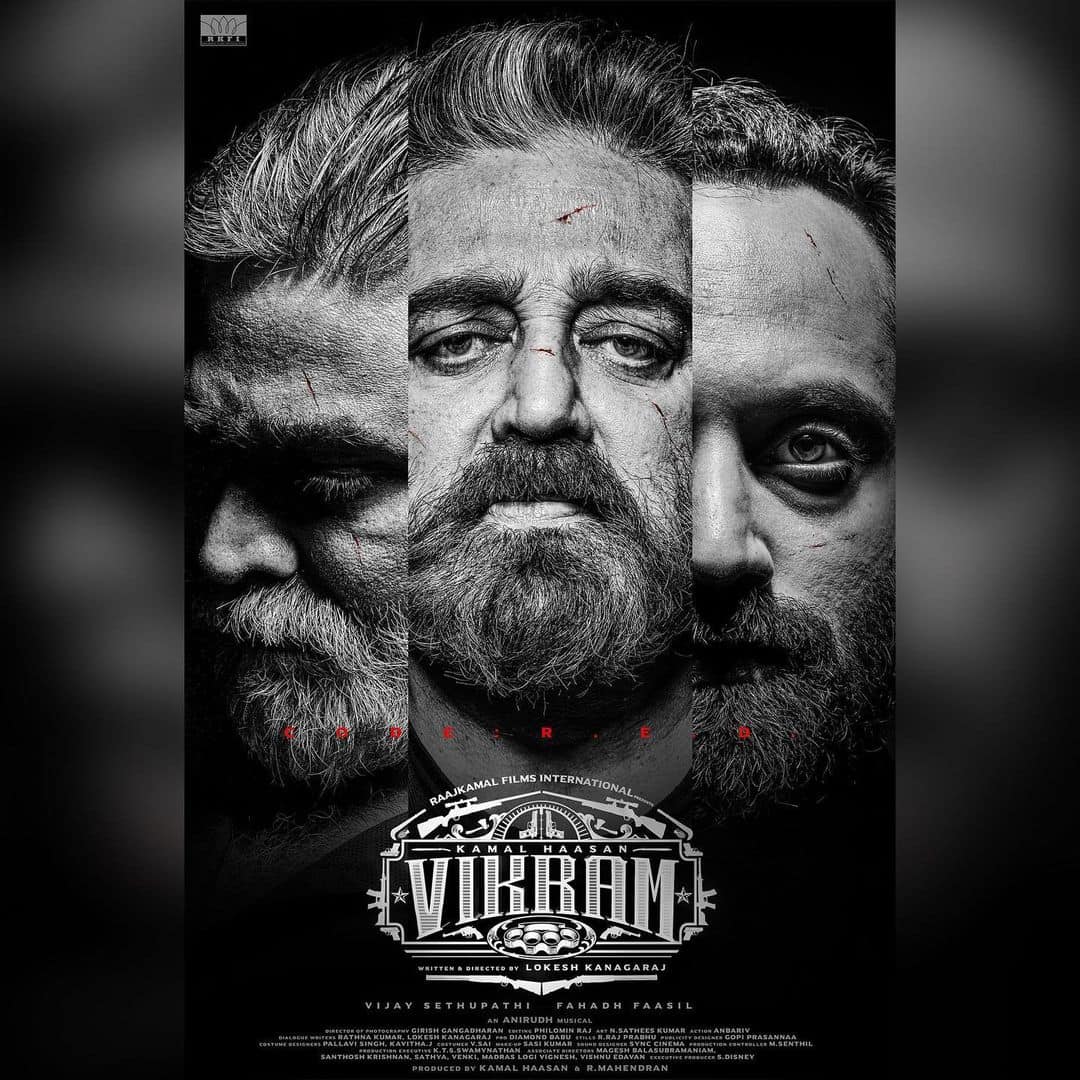 Ulaganayagan Kamal Haasan is back to films after a break. The actor’s last release in theatres is Vishwaroopam 2, that released in 2018. In between, Kamal acted in Indian 2 but the project has been kept on hold. Now, he signed a film with young director Lokesh Kanagaraj. Titled Vikram, the film’s first look is out.

The first look picture of the film features Kamal Haasan, Fahadh Faasil and Vijay Sethupathi. The three actors look intense with rugged look and faded beards. The poster certainly hikes the curiosity around the movie.

Sharing the poster, Kamal wrote, “”Only valour should wear the crown“. I dare again to render before you the best of our talents. Like before, grant us victory!! Vikram ….விக்ரம் #Arambichitom” and tagged the other actors.

Girish Gangadharan is the film’s cinematographer. Philomin Raj is the film’s editor. Anbariv (Anbu and Arivu) are the stunt masters. Anirudh Ravichander will be composing the music for this film.

Keep watching the space for more details on the project.