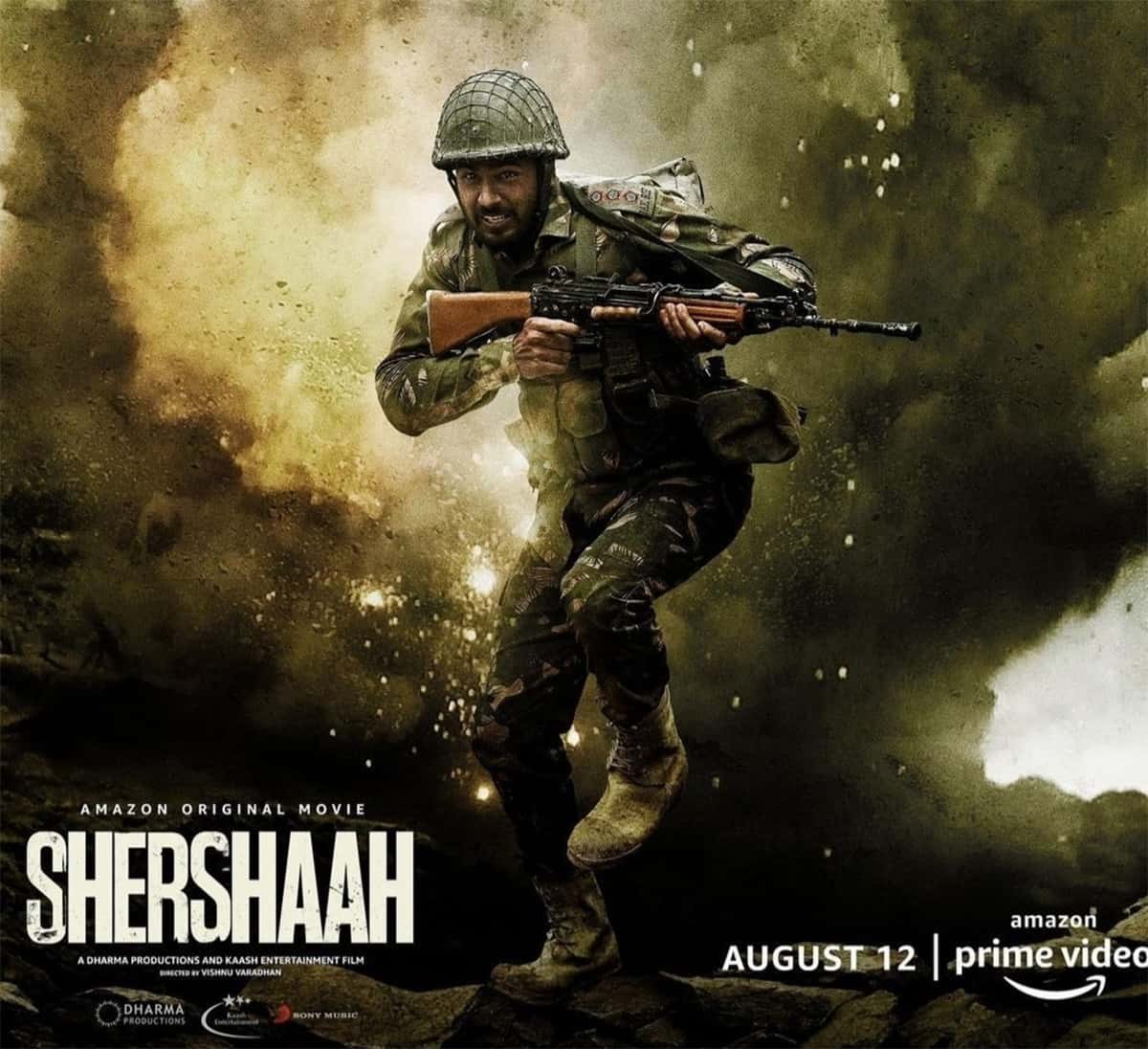 Vikram Batra is a name that needs no introduction. He is the real-life hero who fought during the Kargil war, and now a biopic in the form of Shershah has been made on him. The film is directed by south director Vishnuvardhan and has Kiara Advani as the heroine.

Vikram Batra played by Siddharth Malhotra is a young man from Himachal Pradesh who only dreamt of serving his country in the army. After joining the army, he got to serve his nation during the Kargil war between India and Pakistan. Shershah decodes his journey right from his childhood to the day he passed away in the war.

Shershah is surely a game-changer for Siddharth Malhotra. The actor was lying low with no hit under his belt and he as Vikram Batra has nailed the performance. From being a carefree youth to showcasing the grit and determination of a brave soldier, Siddharth is superb. Kiara Advani does not have much screen presence but she still makes a good impact. Her chemistry with Siddharth is good. The supporting cast is mostly new faces and they could have done a better job. In a way, Siddharth is alone in his war and so-called teamwork in the action blocks in army setup is missing.

As the film is based on major Vikram Batra, the production team has done well in showcasing his life. However, they do not dwell much on his family background and how they supported him. This side of the emotions is missing in the film. Music by Yuvan Shankar Raja is already a hit but his BGM is not that impressive. The writing is good and it focuses more on the war aspect which is explained well in detail. The camera work is amazing and lush valleys of India Pakistan border are shown so effectively. The war episodes are decent and create a good impact.

Vikram Batra was a valiant soldier who lost his life in the Kargil war. This aspect has been taken as the backdrop and director Vishnuvardhan showcases it in a good way. He starts from Vikram’s younger days and shows how the soldier fought for his country and what kind of an attitude he had. This aspect is portrayed so well by Siddharth Malhotra who plays the sheet anchor in the film.

The love story between Siddharth and Kiara Advani is slow and there is not much to say about it as it keeps dragging the film time and again. The emotional bonding between the family and lover of Vikram is not established well and does not move you emotionally.

But the film starts making sense when it gets into the war zone. The enemy is not highlighted much and there is no specific person who plays a key Pakistani soldier. The film is more about Vikram Batra’s perspective and how he daringly fought the enemies. In this aspect, Vishnuvardhan scores and highlights the last twenty minutes in a beautiful manner.

If this film would have added some more known faces and strong conflict, the level of intensity would have been superb. Nevertheless, Sherhshah has many patriotic and moving moments that will engage and let you know more about India’s most daring more solid Vikram Batra.