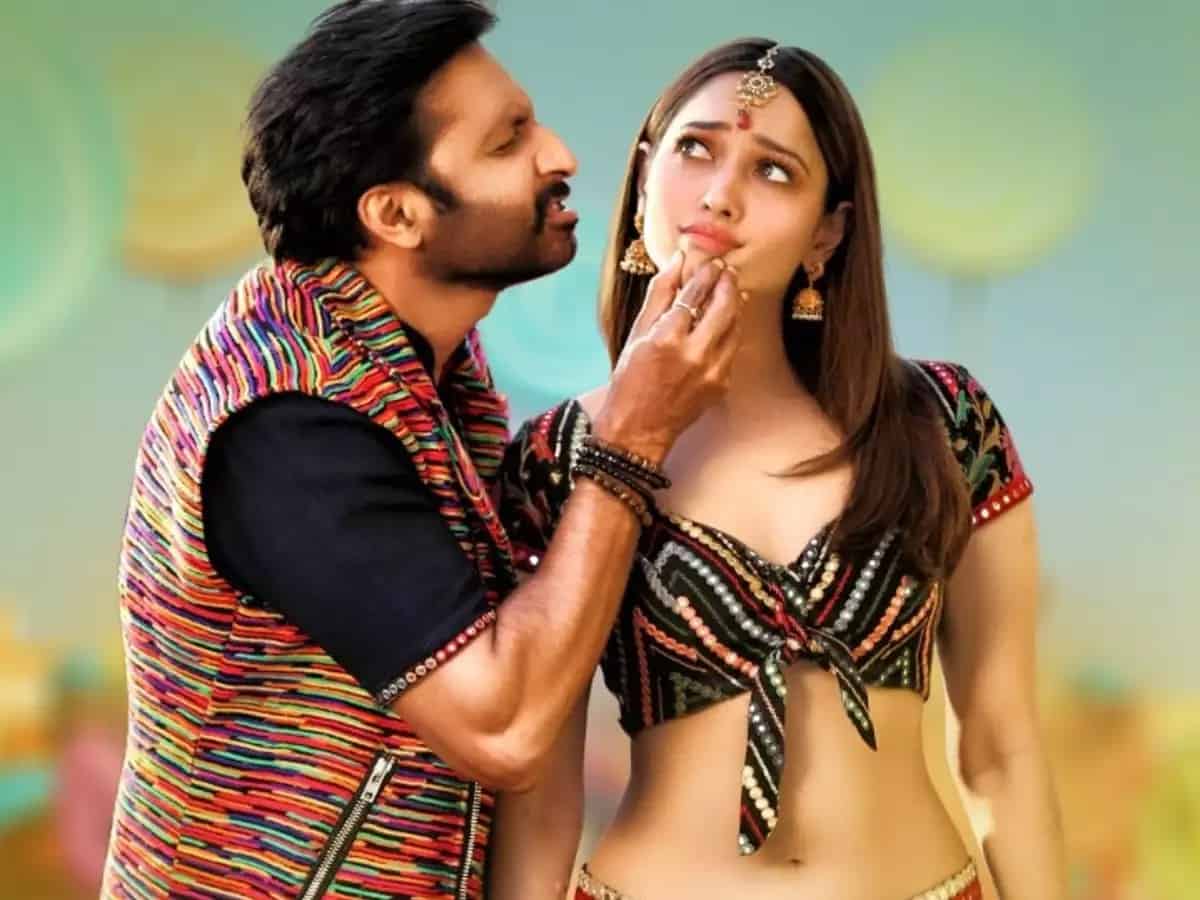 Gopichand and Sampath Nandi’s last outing Goutham Nanda turned out to be a disappointment. After four-long years, the duo collaborated for an out-and-out mass masala film set against Kabaddi backdrop. Sampath roped in his lucky mascot Thamanna for the female lead. Check out what worked and what didn’t work in Seetimaarr.

Plot
Karthik (Gopichand), an assistant manager in a bank, coaches AP women Kabaddi team. He wants village girls to win the national championship which brings attention to the village problems. Karthik’s life turns upside down when his team of girls gets kidnapped just 2 days before the final match. Makhan Singh (Tarun Arora) is the mastermind behind the kidnap on one demand. What does Makhan Singh want from Karthik and why did he target him? Will the AP women Kabaddi team win the finals and will Karthik keeps up his dream about school? The movie answers all these questions.

Gopichand gets fit and moulds himself for the role of Kabaddi coach. He delivers noteworthy dialogues about women & their empowerment. He tells girls’ parents to encourage their daughters in careers of their interest. Tamannah gets the bold role as Jawala Reddy. Her glam show gets thumbs up. Her urban attire and Telangana slang strike chords. Digangana Suryavanshi is just a glam addition. She is seen in a role who has feelings for Karthik. Tarun Arora shines as a dreaded villain. Rao Ramesh’s character gets preference initially but doesn’t add much to the main plot. The squad of girls who acted in AP women’s team deserve special mention. They aren’t camera shy and expressed emotions well in the crucial scenes.

Sampath Nandi has come up with a dated story and flat screenplay. However, it is the mass episodes that act as the saving grace. Dialogues and background score work. Jwala Reddy and Pepsi Aunty songs offer visual treat, albeit they obstruct the narration. Cinematography is neat.

Mass masala potboilers have a special set of audience. Gopichand and Sampath Nandi’s Seetimaarr is aimed at those masses. It has moments that appeal to B & C centers. Hero takes on goons effortlessly and the gang of rowdies fly in the air with the hero’s single punch. Sampath is known for churning out masala potboilers and he did it again with Seetimaarr. Two scenes that earn claps from audience are senior actors Annapurna, Pragathi and gang of women try to spoil the matchmaking of Digangana. Annapurna’s hilarious dialogues bring laughs. In another scene in the latter half, Posani praises Gopichand and his selfless act for the girls squad. Both the scenes worked and played it to the galleries.

The hero has got good elevation as a coach as well as a responsible guy who doesn’t spare the baddies.  The hero and villain face-off is interesting to watch out for. The cat and mouse game where the villain hatches the kidnap plan and executes it brilliantly from a jail shows his network and abilities. How a hero fights a powerful villain and rescues his team makes for okay watch.

Towards the end, the protagonist inspires the girls to fight on their own in his absence. It is shown in an interesting manner. Kabaddi matches could be shown in a gripping way.  The climax portions rush a bit. Seetimaarr is not everyone’s film. If you love masala potboilers, Seetimaarr satisfies you. It is strictly for the masses.