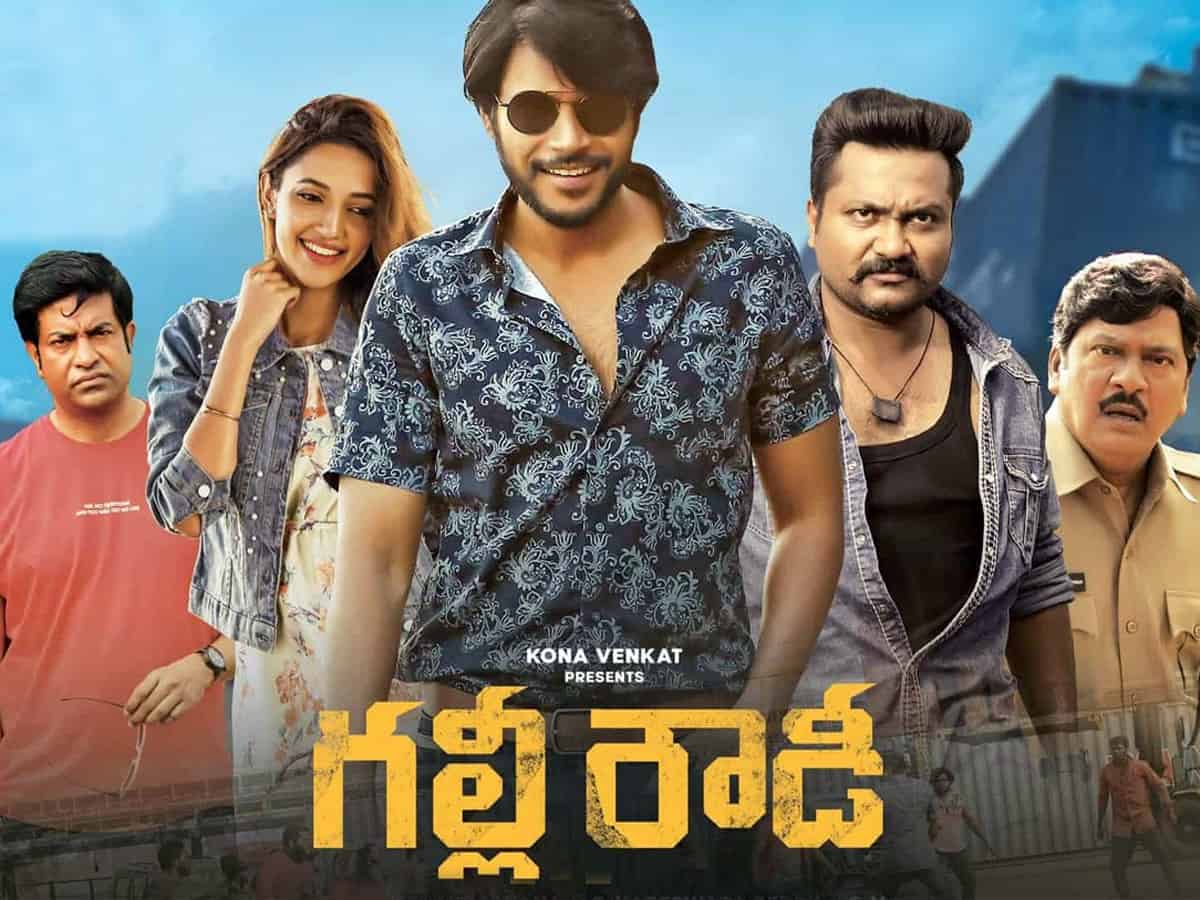 Sundeep Kishan has been wasting his efforts and energies on wrong scripts. After Tenali Ramakrishna’s failure, he has yet again teamed up with director Nageswara Reddy for commercial potboiler Gully Rowdy. Will this end the jinx tag and overturn his fortunes?

Vasu (Sundeep Kishan) is raised to be a rowdy to take vengeance on Bhairagi (Mime Gopi) who insulted his grandfather. But Vasu never takes rowdyism seriously until and unless he meets his love Sahitya (Neha Shetty). Vasu joins with Sahitya and her family whose land was grabbed by Bhairagi and attempts to kidnap him. But unexpected development results in the killing of Bhairagi. How Vasu and Sahitya deal with the consequences is what the story is all about.

Sundeep Kishan has tried his best but he couldn’t shine in the outdated story. He flexes his muscles in heroic scenes and visibly improved in action scenes. But that’s not enough. Neha Shetty looks weak and misfit in her role. Mime Gopi is impressive as powerful Bhairagi. Bobby Simha’s role is all style but lacks substance. Rajendra Prasad is the saving grace. His humour as Head Constable Pattapagalu Venkat Rao works in portions. But he should work upon his cliched mannerisms. Vennela Kishore’s comedy falls flat. His painting comedy reminds us of Sreenu Vytla’s King and it fails to evoke laughs.

Despite tasting failures and being rejected by his dated scripts, director Nageswara Reddy is back with one such story which is as old as hills. The special effort in writing comedy tracks didn’t yield much result. The forced comedy is visible throughout. The film is too loud to take.

Sundeep is a talented actor who proved himself with Prasthanam, Gundello Godari, Venkatadri Express and brief stint in the Family Man web series. However, he is wasting his talent by choosing wrong scripts. He has yet again made a mistake by opting for Nageswara Reddy-style story with Kona Venkat’s treatment. This doesn’t end his woes.

While there are some laughs and timepass moments in the first half which make Gully Rowdy passable under interval. A powerful villain like Bhairagi is killed effortlessly. Even the kidnap plan isn’t effective enough. Post interval, the narration takes nosedive. The entry of Bobby Simha’s character is expected to elevate the film and end suffering to audiences whereas it just adds to the woes. Also, the film has too many characters who get introduced without adding value to the story, but only adds to the confusion. Inconsistency mars the characteristions. The hero and heroine love track is confusing and lacks chemistry and emotion.

Second half has a revelation which doesn’t help much and is silly. Police inspector Ravi Naik is shown foolish as he believes in Vasu and Venkat Rao without fact checking. This makes one disconnect from the film. Thus, Gully Rowdy is a wasted attempt. Besides a few laughs, the film has nothing much to offer.