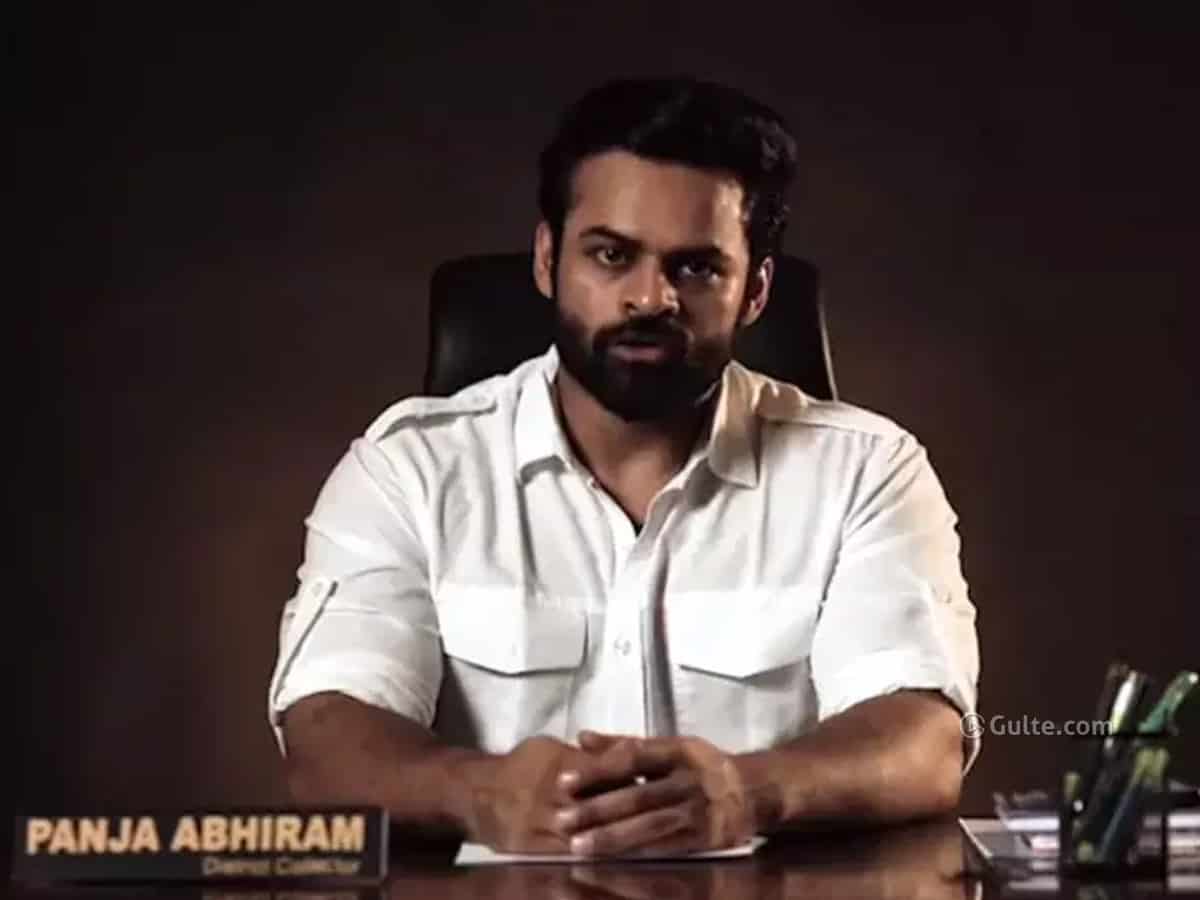 Critically acclaimed filmmaker Deva Katta, who is struggling to stage a good comeback, comes up with his forte – political drama. He chooses Sai Tej as the protagonist. Given the powerful title and the premise, Republic is eagerly awaited. Without further delay, read on to know the verdict.

Abhiram, a studious person with heart at the right place, goes against his corrupt father Dasaradh (Jagapathi Babu). Challenged by a dishonest IAS, Abhiram leaves his MIT admission to opt for Civil Services. He tops the UPSC exam and gets appointed as collector with extraordinary power – the state government can’t transfer him. He goes after ruling party chief Visakha Vani (Ramyakrishnan) who runs organised crime in Telleru lake for political and personal gain. Will Abhiram succeed in his attempt to take on the system? Will he win in this battle against evil?

In his maiden attempt at a political drama, Sai Tej tried his best. He delivered a decent performance as an honest IAS officer, though sometimes he goes overboard. Aishwarya Rajesh is settled with an incomplete role. As usual, Aishwarya did her part well. Ramyakrishnan’s role which was supposed to shine but lacks the punch. Jagapathi Babu is confined to a character role as the hero’s father. Srikanth Iyengar is alright as a dishonest cop.

Deva Katta, of Prasthanam fame, is back with a political thriller laced with Telleru lake backdrop. He scatters some good scenes here and there. That’s not enough to hold the audiences till the end. The writing is okay, but only in parts. He penned good characteristions for actors individually. But together, they lack the effect. Narration could be better. Deva Katta’s direction could be better. Songs fail to create impact. Background music is alright.

Legislature, Executive and Judiciary are the three arms of a government. Setting this as the premise, director Deva Katta weaves a story where his protagonist is an IAS officer. How an IAS officer fights against the system makes for a good plot point. The movie starts on a good note. The conversation between Subbaraju and Sai Tej has a good hook scene. The lighter-vein scenes involving kids give minor relief in this serious film. Some dialogues are hard-hitting and thought provoking. They throw light on the loopholes in the current system. These get claps from laymen. As the film progresses, the film looks pale and flat. Deva Katta failed to infuse enough novel content. The film leaves us asking for more.

Dialogues on the encounter system and other prevailing topics connect to some real-life incidents. The pre-interval fight is neatly executed. How an IAS officer gets involved in an encounter episode and how he takes full control of situations in his district clearly show the cinematic liberties the makers tool. Post-interval, the film is stuck in a usual format. It is not racy. The political drama that was supposed to be gripping becomes bland.

There is a scene where Jagapathi Babu is humiliated and insulted by people for his corruption. Jagapathi Babu’s past is emotional. Every character has a backstory and the director tries to justify their corruption with reason. But it obstructs the original story and narrative. It is not a regular Telugu movie one gets to watch. Republic is a different and honest attempt. The film’s soul is intact. But it gets lost in its narration.