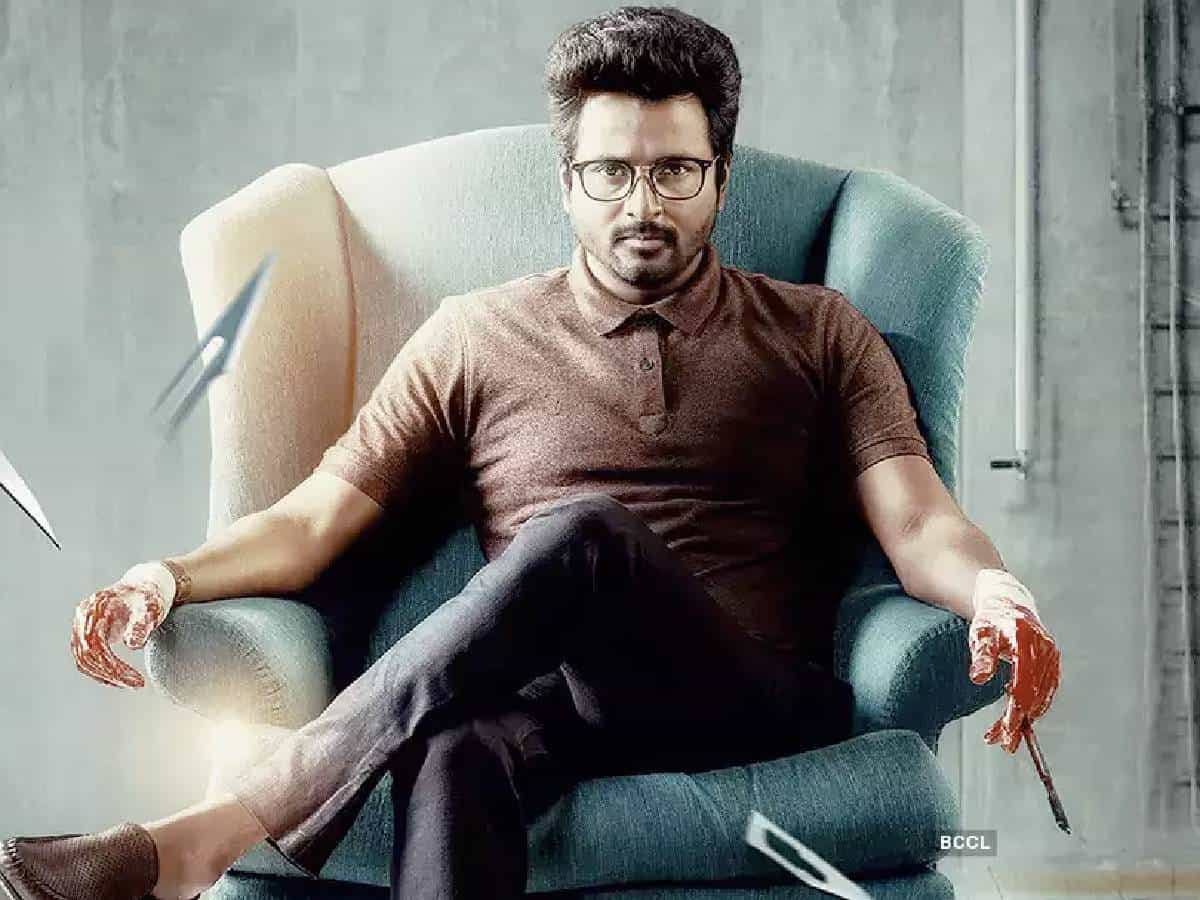 Siva Karthikeyan is doing interesting films in Tamil. His latest presentation is Varun Doctor directed by the in form Nelson Dilip Kumar. The Telugu version has been released and it has music by Anirudh.

Varun is a military doctor who comes to the city for his personal work. He attends a wedding and falls head over heels for Padmini(Priyanka Arul Mohan). He woos her but things do not work out initially. But in all this, a dreaded gang kidnaps one family member of Padmini and Varun is forced to deal with this case. How does he manage to handle the kidnappers in a new city is the story.

Siva Karthikeyan is seen as a doctor and he brings out his best in this film. One can say that he has probably given the best performance of his career. Be it the way he underplayed the emotions or does not go overboard is so good to see. Priyanka Arul Mohan looks cute as the Desi girl and acts well in all her scenes with the hero. Yogi Babu is also impressive with his comedy. The rest of the actors are mostly Tamil faces and the film is filled with local nativity.

Nelson Dilip Kumar, who is directing Vijay’s Beast is also behind this film. The way he has chosen a relative subject from society and written a thriller and added comedy to it looks impressive. But at the same time, he has taken things way too much easy and ignored a few logic which is key. The money spent is seen on screen and BGM by Anirudh is amazing. Songs are lost in the Telugu translation and the Telugu dubbing is below par. A few scenes in the second half are dragged for no reason.

To be frank, Varun Doctor has a very thin storyline and it is about saving a girl from her kidnappers. The film is based on the screenplay and director Nelson Dilip Kumar uses it well and elevates most of the scenes.

The film gets into an interesting plot when the kidnappings happen. But in all this, the director also drags the scene and misses out on key logical issues which have been given way too much importance.

But the film also scores brownie points when it comes to comedy. The dark humor is handled in an impressive manner and Yogi Babu, Siva Karthikeyan, and Priyanka do well in this department.

The manner in which the film is set in a different world and the thrills attached are good. But at the same time, the film has some repeated scenes and gives a redundant feeling. All said and done, this film is more for comedy than the thrill.