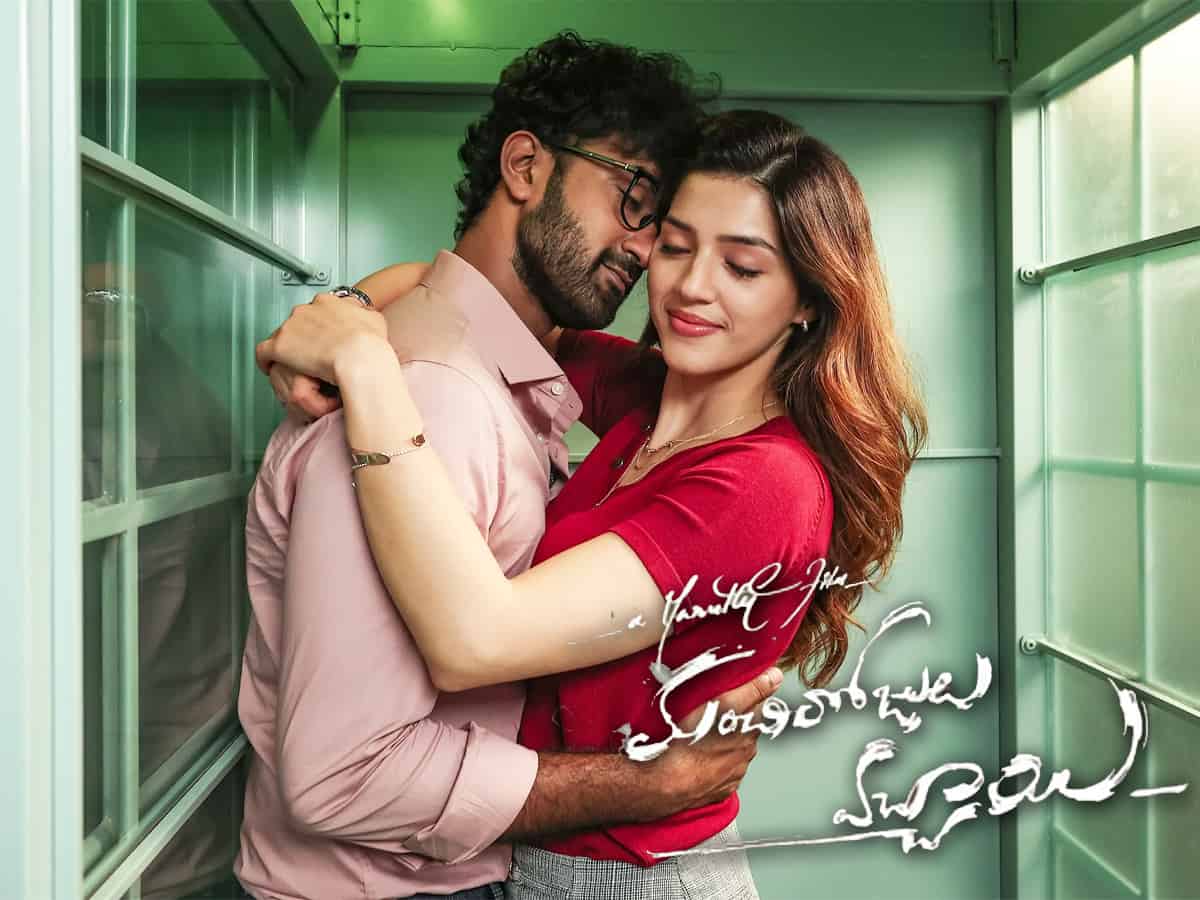 Santosh Sobhan who garnered decent scores as an actor in his big launch as a hero in Ek Mini Katha is now coming with yet another medium budgeted movie Manchi Rojulochaie. Director Maruthi is the writer and director of the movie and along with UV Concepts being part of it, the movie is having a big release today. Here is the review and let us see how the movie is.

Santosh (Santosh Sobhan) and Paddu (Mehreen) are in love and they had to move to their native locations from Bengaluru, due to work-from-home during the early Covid times. Gopalam (Ajay Ghosh) is the father of Paddu, who gets influenced by his friends Moorthy and Koti, starts getting worried about his daughter’s love affair. Later his worry turns complicated and he starts getting scared of death. How Santhosh tries and solves all the troubles of Gopalam is the story.

Santosh Sobhan can act with ease. With a proper story and concept, he could do even better. Manchi Rojulochaie remains just another movie in his filmography list as his skills are wasted here. Mehreen looked beautiful and that is all. She has got nothing much to perform. She did fine with whatever she was offered.

Ajay Ghosh is given a full-length role and he did his part very well. The story revolves mostly around Ajay Ghosh’s character and he carried it all on his shoulders. Ajay Ghosh who usually appears as a tough man in most of his movies, will be seen as a middle-aged common man who has his own fears. Vennela Kishore and Sapthagiri come and go in minuscule roles. Their forced comedy did not work. It is all the same with Praveen and Viva Harsha, who appear as Santosh’s friends. Sudarshan brings a laugh or two in the second half. Others are just fine. Srinivas Reddy will be seen in a very short role.

Manchirojulochaie is a poorly written stale story. The story is beaten to death while the comedy and dialogues written for it make it even more horrible to watch. Songs are not good and they test our patience while we were dealing with already snail-paced boring scenes. And so is the background music which is in pure sync with the boring scenes.

A 140+ minute run time for a stale story is absolutely unwanted. The director could have kept it crisp with the time and could have added some lines of entertainment when he already has got actors like Vennela Kishore, Sapthagiri and Praveen in hand. Many a time, the Manchirojulochaie either gives us a feel of watching a stale and age-old movie or a too much dragged short film.

A story of the Pre-covid era with the title of Manchirojulochaie confuses us throughout the movie, until the director reveals it in the end, during the rolling titles. It is a story of a man who is scared of every small thing and fears death due to the same. How he finally starts to re-live normally after many incidents, is Manchirojulochaie. Like Maruthi is following a pettern of picking phobias and disorders for his lead role characteristics, Manchirojulochaie as Ajay Ghosh who suffers from ‘fear of everything’. Maruthi earlier had memory loss, germophobia etc for his lead roles.

Gopalam who first gets carried away by his friends’ words on his daughter’s love affair, later becomes weak and worried for every word he hears and every situation he faces. There are umpteen boring and repeated conversations between Gopalam and his friends. The poorly written comedy in scenes like ‘betting’ Pelli choopulu keeps us bored.

The dialogues of a father whose world is his daughter, are pretty routine and not that we have not heard in many films earlier. And so is the hero’s trick of renting a penthouse next to the sulking heroine’s house only to get in the good books of his to-be father-in-law. Santosh’s attempts and ideas to make Gopalam a fear-free man are awfully silly and the ‘Appadala Vijayalakshmi’ diversion remains the epitome of disastrous comedy in the film. Most of the movie is predictable and above that, most of the scenes are dragged to unbearable levels.

While this is on one side, the director brings the story to Coronavirus references during the end. The poor jokes on corona deaths and the scary news videos during the covid times, might not please many audiences. The conclusion part where love and affection cure Corona and the related lectures of the hero are even terrible.

Bottom line: Not A Good Day