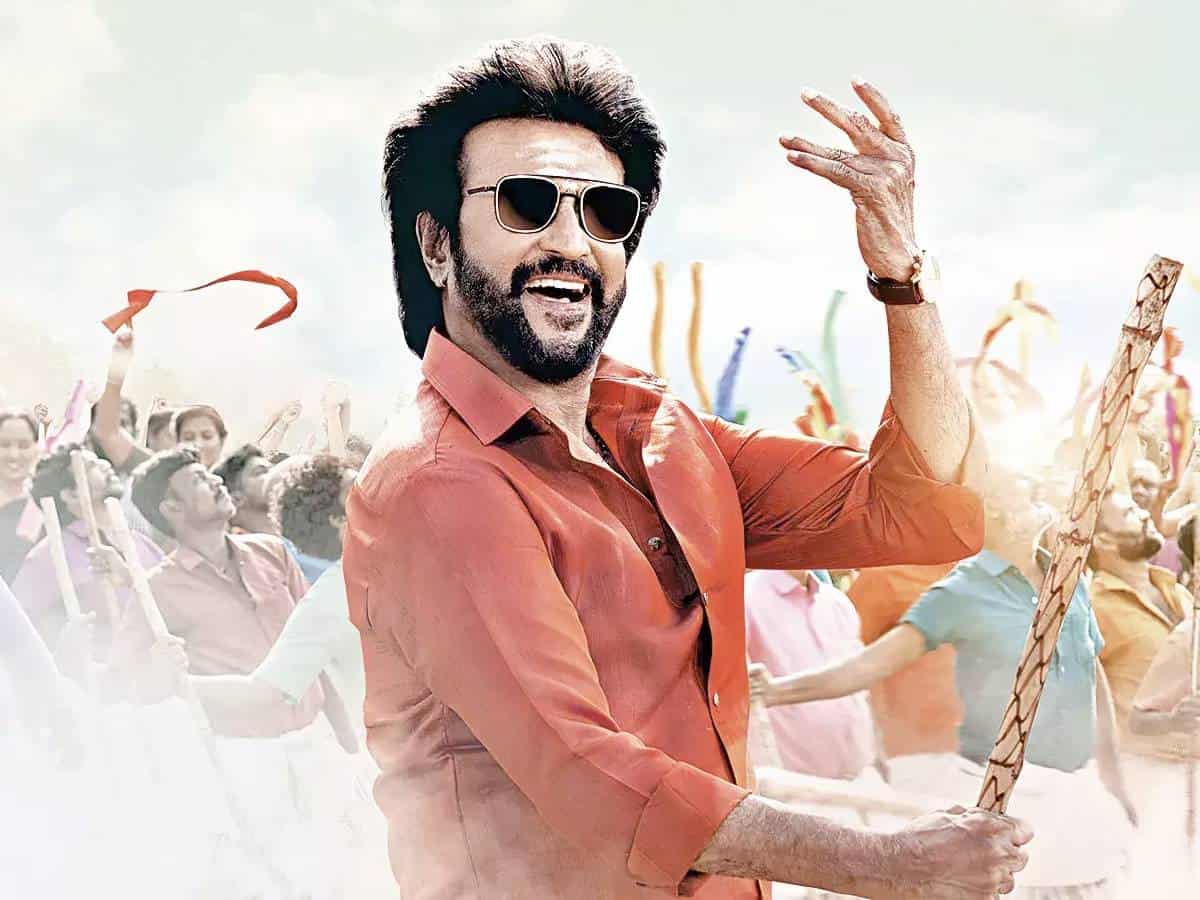 Superstar Rajinikanth is back after a series of failures in Telugu. ‘Annaatthe’ is being dubbed into Telugu as ‘Peddanna’. Will the ensemble cast and Rajini’s swag and family elements pull crowds to cinemas this Diwali?

Veeranna (Rajinikanth), a Panchayati head in Razole, is a very affectionate brother who dearly loves his sister Kanaka Mahalakshmi (Keerthi Suresh). Veeranna is devastated when he learns that his sister abandons him for her love. Kanaka Mahalakshmi’s life turns upside down after she settles down with her businessman-husband in Kolkata. Who are Manoj Parekhar (Abhimanyu Singh) and Uddhav Parekhar (Jagapathi Babu)? How are they connected to Mahalakshmi? Peddanna is all about how he saves her darling sister from Parekhar brothers.

With Peddanna, Rajinikanth has swooned his mass fans yet again. His swag, style are intact even at 70. No doubt, Rajini is catching up with age and it is visible in some dance moments and fights. Yet they are passable. Rajini does everything on screen in his comfort zone.

Keerthy Suresh shines as Peddanna’s darling sister. She has got a meaty role which has scope to perform. In emotional scenes and sad scenes, Keerthy pulled off very well. Rajini and Keerthy’s brother and sister bonding is one of the highlights of the film. Nayanthara lights up the screen. She has limited screen presence. Still she makes her presence felt. Her chemistry with Rajini is not great, but alright. The love scenes could be shot well. The romantic song between Rajini and Nayanthara stood out in the first half. Jagapathi Babu enters only in the second half. He is a powerful villain and lives up to the crooked villain role. Abhimanyu Singh is good as a baddie. Prakash Raj is confined to a role in the village. His role is limited to the first half. Khushboo, Meena appear in small portions. Their comedy with Rajini didn’t turn out well as expected.

Director ‘Siruthai’ Siva has chosen a hassle-free template-driven formulaic film to direct Rajini. He makes sure there is sentiment, emotion, action, drama and some comedy. But all these are redundant which we have witnessed in several star heroes films in the past. Lazy writing, predictable scenes, over-the-top fights, too much drama. Background score stands out in the film. Visuals are grand. Almost every frame is filled with about half-a-dozen prominent artists. It is evident that producers have splurged to make the film extravagant.

A brother protecting sister from every harm is a plot as old as hills and rocks. That’s exactly what superstar Rajinikanth nodded for. Director Siva has conveniently added routine masala to this point and followed the regular template followed for the star-studded films. There is no effort in writing which is evident in the movie. The film follows the usual format of drama-fight-song-comedy. Songs often obstruct the flow of the narration which is already tamed by its bad writing.

Some punch dialogues are good. Rajini mouths philosophical dialogues like “Nuvvu evaru anedi nuvvu venakesukunna aasthi lono, nee chuttu unna vallaki nee meeda unna bhayamu lono ledu. Nuvve chese cheriyala lonu, nuvvu matlade matalalonu untundi.”. There are a handful of such dialogues and one-liners in the movie. Rajinikanth and Prakash Raj scenes in the first half are neatly done. These are some saving grace moments in the film. Second-half of the film is loaded with action scenes. Rajini is omnipresent as he saves his sister. There is a scene in the film where Peddanna and his gang stand out in front of Manoj’s office waving at him. The scene ends with a shot of Rajini’s large shadow reflected on Parekhar’s tall building. It is a super visual motif. Rajini’s shadow or silhouette shots seem to be working well these days. There are only very few such feast moments for fans to celebrate their matinee idol. Rest is routine build-up and commercial template. Manoj Parekhar approaches Kanaka Mahalakshmi and her husband to convert his black-money into white. As the latter refuse, they get into trouble. This is not convincing.

Director Siva should have opted for a stronger point in establishing the enmity between Parekhars and Kanaka Maha Lakshmi. The Kolkata portions are not engaging. Logic goes for a toss in several occasions, after all it’s Rajini’s film. It is a pure masala potboiler. But audiences do expect some minimum story and engaging narration which lack in Peddanna (Annaatthe). So, even Rajinikanth can’t save this film. It is not a Diwali cracker from him.