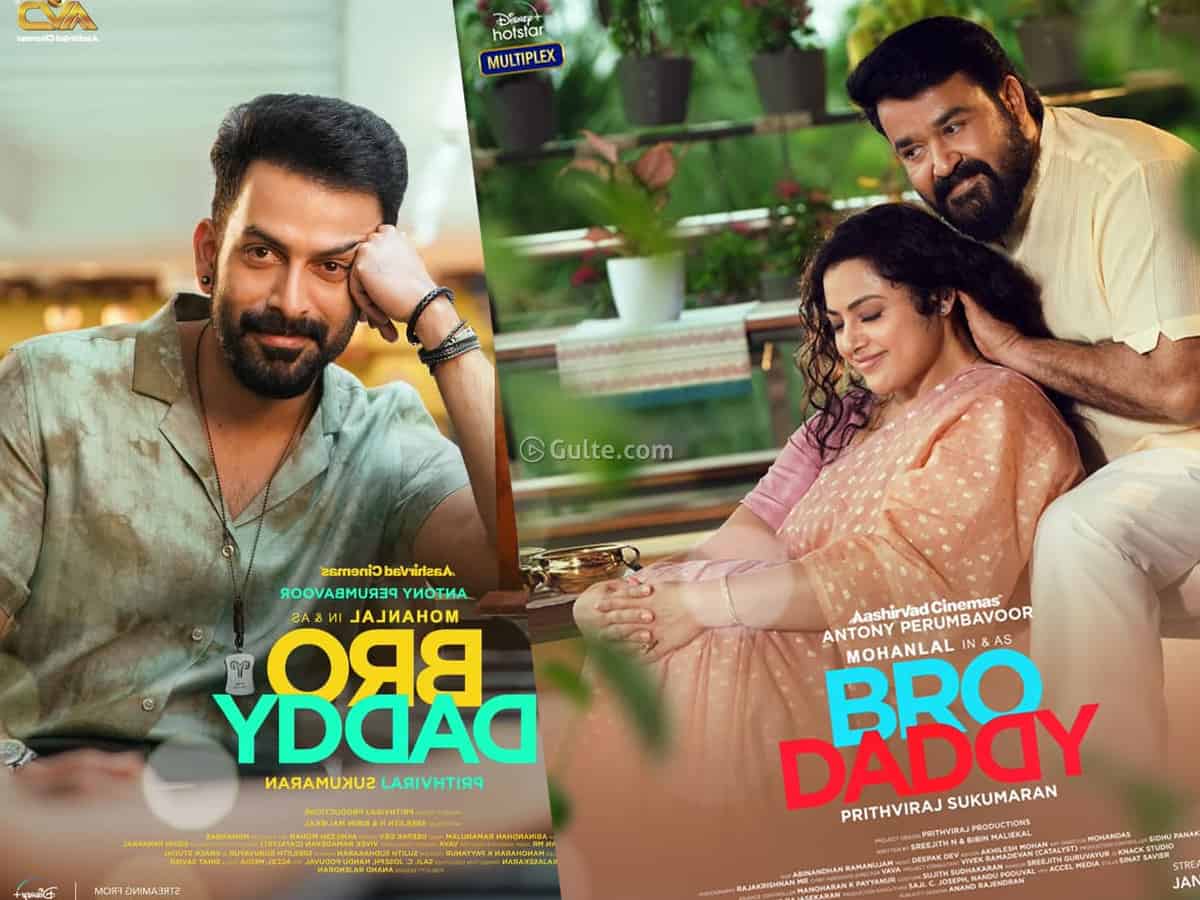 Malayalam cinema is making some very interesting films and next in line is Bro Daddy, a new age comedy-drama directed by actor turned director Prithviraj. The film also stars the legendary Mohan Lal and Kalyani Priyadarshan in lead roles and is live on Hotstar.

John(Mohan Lal) leads a happy life with his wife Annamma(Meena). In a turnaround of events, he impregnates his wife and creates an awkward situation. If this was not enough, his son, Eesho(Prithiviraj) also makes his live-in girlfriend Anna(Kalyani Priyadarshan) pregnant in Bangalore. When John needs to save himself from humiliation at this age, his son creates more issues. How does John handles such a tricky situation and makes peace is the plotline.

Prithiviraj has directed this film and also plays a key role. He does these dual jobs to the best of his capabilities. The best part of the film is that the mood has been kept light and Prithiviraj has succeeded in this aspect. Kalyani Priyadarshan is cute and plays the sober role convincingly. Lalu Alex is also a backbone to the film with his role. Meena as Mohan Lal’s wife does what is needed.

But the real star is Mohan Lal. He gets the meaty part and his comedy timing is top-notch. He needs to be in tension and also needs to make the situation look fun for the audience. There is a thin line and Mohan Lal does an impressive job with his seasoned performances.

The script is written by Sreejith and has similarities to the Hindi film Badhai Ho. But one more twist is added here. The setting is shown between two families and the dialogues are fun. The music and screenplay are very good in the first half. The manner in which emotions are laced with neat comedy is also good. The editing part goes for a toss in the last half an hour as the film turns predictable and slow as it has nothing new to offer. Like in all Malayalam films, the setting and camerawork are very good.

Bro Daddy has a close resemblance to the Hindi film Badhai Ho, but there are two cases of pregnancy here. The film is based on the chemistry between father and son played by Mohan Lal and Prithiviraj. In this department, the seasoned actors impress. Their Jugalbandi and situational comedy that arises in these weird circumstances enthrall the audience mostly.

The film starts with the backdrops of two families and how they are related. The story is simple and director Prithviraj chooses comedy to narrate even the tense situations of guilt and humiliation created due to untimely pregnancies. This is where the audience gets interested as Mohan Lal’s standout performance rocks the show.

But the film starts showing to wear off in the second half. Soubin Shahir’s role looks forced and once the main twist that the father and son hold for so much time is revealed to the other family, things get rumbled and the narration is filled with predictable scenes.

The climax is ended on an emotional note. Had the second half been kept intense and also racy, things would have made a world of difference. As it is a family drama, director Prithiviraj goes old school and brings in moments on a slow note and in a dull manner. This is where so much lag is created in the runtime but Mohan Lal makes you sit with his antics.

In the end, Bro Daddy has a familiar premise and routine ending. But what makes things tick is the chemistry between the star heroes Mohan Lal and Prithiviraj. They make sure that there is decent fun for the audience in this ride even though the proceedings are filled with predictable and routine moments.