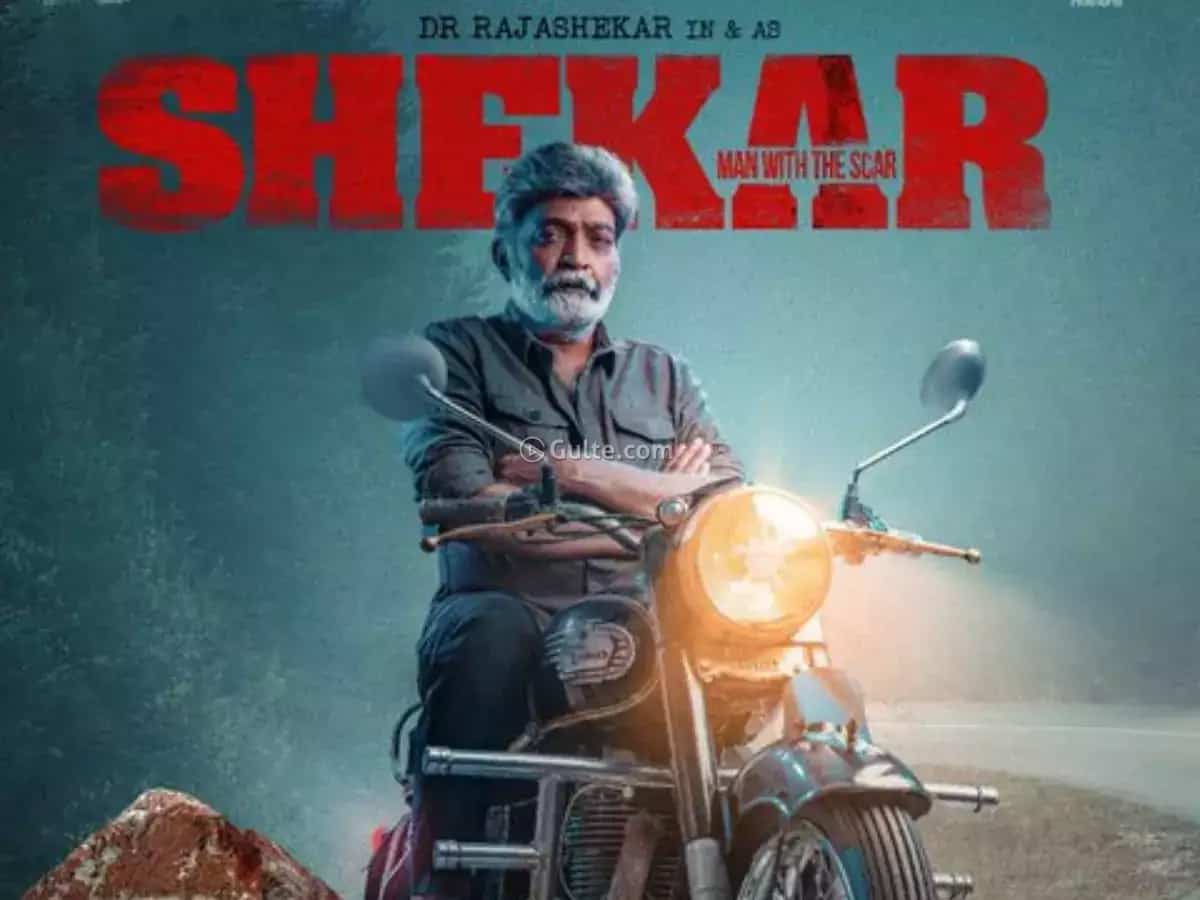 Rajashekar, who made a comeback with Garudavega, is hoping to sustain his position. He has chosen Malayalam film Joseph to remake. His wife Jeevitha wielded the megaphone and daughter Shivani Rajashekar played his daughter in the movie. Rajashekar is pinning high hopes on the film.

Shekar (Rajashekar), an investigation specialist in the police department, opts for a voluntary retirement after tragedy strikes his life – loses his darling daughter Geetha (Shivani). Occasionally, he helps the cops in cracking mystery cases. Shekar’s estranged wife Indu’s accidental death causes suspicion. As he starts investigating the case, he learns shocking details and unearths a major scam. How he resolves the crime mystery forms the crux of the story.

Rajashekar’s one-man show in the film as he is seen throughout the movie almost in every frame. His grey hair and salt-and-pepper look is fresh. Most of the shots are close-ups and mediums. But after a point, he gets monotonous. He often gets tears in his eyes. He is stuck in the past – missing his daughter. Overall, he does a good job in investigative scenes.

Sai Kumar dubbed for Rajashekar which is a welcome development as one could hear vintage Rajashekar. Shivani is confined to a cameo as a daughter. She is seen in the flashback scenes. Rajashekar’s friends Sameer and others are just alright. Abhinav Gomatam does a fine job as a techie in the cyber crime wing.

Shekar is the remake of Malayalam original Joseph. Director Jeevitha doesn’t find it hard as she made a frame-to-frame remake without any changes. But the first half is slow. She took a lot of time in establishing the premise and the characters. The plot takes off at the interval. Anup Rubens music isn’t impressive. Songs don’t offer relief.

Directing a remake is always a double-edged sword given that it comes with its own risks and disadvantages. Most importantly, comparisons do exist. Though the makers have opted for a frame-to-frame remake and tried to pose like an honest remake, it is really lost in the translation. The emphasis is on the lack of thrill. Crime mysteries need to have edge-of-the-seat moments that are clearly missing in Shekar. The first half treads a familiar path.

Director Jeevitha wastes a chunk of screen time in establishing Shekar’s past and his emotions. The final rites of the dead are given so much importance and they are stretched out. Instead of creating sympathy or emotion, they test patience. The film only gets serious towards the interval. The pre-interval scenes bring some hope after a slow, boring first half.

The second-half revolves around the mystery and its solving. The good thing is the makers haven’t deviated from the story here. However, they just beat around the bush. The sentiment and drama overdosed, taking off the thrill factor. Barring these, Shekar has its moments in the latter half. As all the dots get connected, it becomes evident. It throws light on a serious issue of organised crime in today’s age. The problem with the film is it doesn’t have a villain, it lacks a face for the villain. So, one doesn’t get connected much for the crime going behind. Shekar isn’t on par with crime drama Drishyam. It falls flatter.