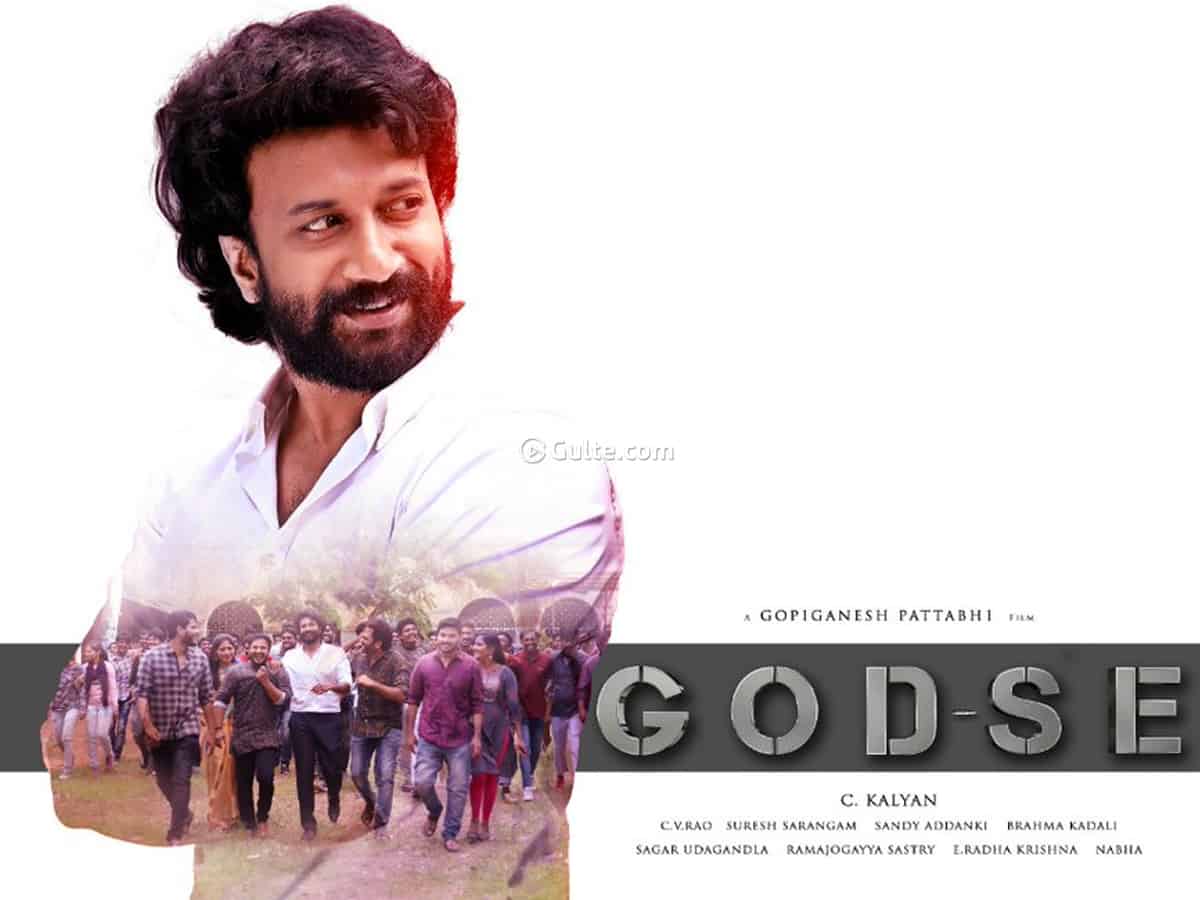 Satyadev has been attempting different films. He is juggling with lead roles as well as character roles in films like Acharya and upcoming Godfather. He teams up with Bluffmaster director for the Godse. What is that keeps us hooked to the film and what not? Read on to know.

Godse alias Viswanath Ramchandran (Satyadev) kidnaps society’s VVIPs including politicians, business honchos, police and CAs. This sends shivers down the spine of the police bosses and government. What is Godse’s demand? What is his fateful past that made him take law into his hand? The film answers these questions.

Satyadev as Godse confines to his usual performance. There is nothing much for him to experiment in this routine political thriller. Aishwarya Lekshmi gets the role of Negotiation Officer in the Police Department that doesn’t let her shine. Her character fails to impress. Director’s attempt to portray her glamour in this thriller goes for a toss. Sijju Menon’s antagonist role is underdeveloped. The film has a lot of actors, but none of them leave any impact. Prudhvi, Brahmaji, Tanikella Bharani, Naga Babu (Guest role), Priyadarshi, Chaitanya Krishna et al are seen in short roles. But it is Satyadev who gets maximum screen presence.

Director Gopi Ganesh chose a wafer-thin plot which has no novelty. It is an ordinary story of a white collar turning to crime for his personal loss. Touted to be a political thriller, Godse boils down to a regular revenge drama. The film tests the patience of viewers. Background music isn’t appealing.

Second Half
Back Stories
Predictable Story

Satyadev is known for trying out various kinds of roles and subjects. However, it is quite surprising to see what made him sign a film like Godse that neither has novel plot nor a gripping narration. Gopi Ganesh did make a decent film with Bluffmaster. This time, he has got nothing to deliver. Godse starts on an interesting note with the kidnaps of the influential persons in society. But the investigation trail is so funny that the cops are unable to trace the protagonist’s whereabouts and his identity. The seriousness is taken off by the protagonist asking the measurements of the female police officer Vaishali (Aishwarya Lekshmi).

The first half of the film doesn’t offer much. It is amusing that whomever Godse wants to present in front of his call from the investigation office, the police bosses obey. The interval episode isn’t interesting enough either. One only wish that the second-half of the film gets better but no luck. As things proceed, Godse turns miserable. The latter-half is utterly boring and is loaded with sad and heavy emotion. The backstories of the friends (Chaitanya Krishna) are dragged to act as filler. The friends’ reunion and backstories of friends turn into a fat bore. It is cliched. Shankar had tried this in films like Gentleman way long ago. Director Gopi Ganesh picks up the unemployment and corrupt leaders, and the failed policy behind this problem. This problem was dealt with by many in the past. In Godse, The approach for the problem and its message is not delivered rightly. This is where the film tanks big.

The only blessing in disguise is how all the dots are connected. Why Godse specifically kidnapped the people who are involved in his personal loss. This justifies the means. But the film has nothing beyond. There are some emotional scenes here and there that add weight to the story. The problem with Godse is its huge predictability and the snail-paced story-telling. The different ending fails to leave the expected impact. On the whole, Godse got many things wrong. May not be worth a watch.