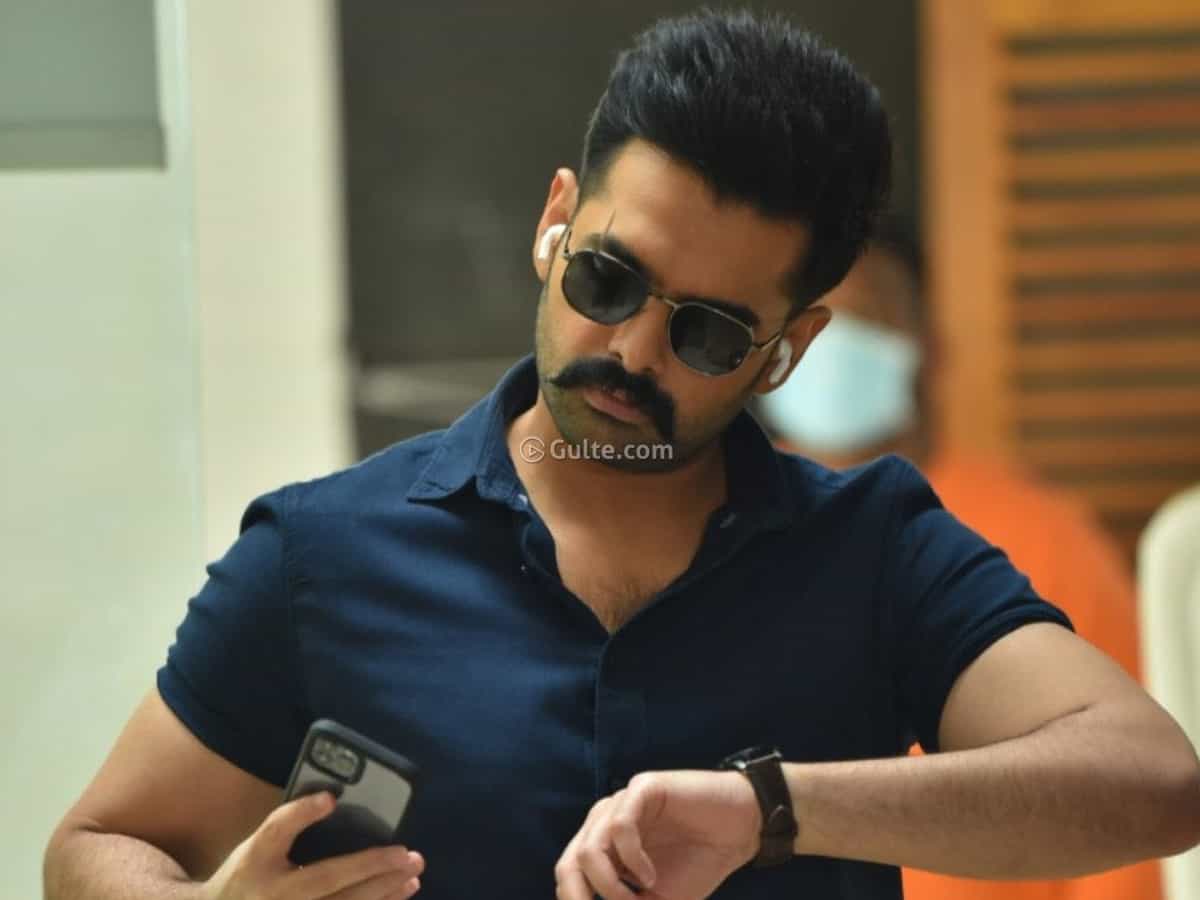 Ram and Lingusamy’s collaboration for a mass action drama has raised curiosity. While it marks Ram’s debut in Tamil, it also marks Lingusamy’s Telugu debut. This becomes a test for Ram and Lingusamy respectively. Will Ram & Lingusamy prove their mettle. Let’s find out whether they are successful in their mission or not.

Satya MBBS (Ram Pothineni) moves to Kurnool with his mother (Nadhiya) for his house surgeon where he meets RJ Whistle Mahalakshmi (Krithi Shetty). But honest doctor Satya is disturbed by the challenges from local rowdy Guru (Aadhi Pinisetty). He returns to Kurnool as Satya IPS and how he hunts down Guru forms the crux of the story.

Performances
Ram is at ease as doctor Satya since he is seen as a soft, handsome and charming guy. When he transforms into DSP Satya he is not in full form. Krithi Shetty is okay as Whistle Mahalakshmi. She is good at songs and romance. Whereas her role is not ended properly and she goes missing in the conflict between the protagonist and the antagonist. Aadhi Pinisetty shines in the powerful role of Guru. He dominates with his performance. Nadhiya is alright as a determined and confident mother. But she is typecast for the role. Brahmaji’s plays dishonest police SI Devaraj which is also regular. Ajay’s character as villain’s side-kick is just filler and adds no value to the story. None of the other characters get noticed.

Technicalities
Lingusamy picked up a story that is half-baked and fully predictable. While the characterisations of the lead were etched well, the director is clueless over weaving such a powerful story around them. He totally lost his grip on the film after revealing the crucial twist during the film’s interval. Devi Sri Prasad delivered good songs but he failed in giving thumping background music. But the songs placements do spoil the feel. Visuals are appealing, thanks to neat cinematography. The film’s pace struggles.

Lingusamy is a talented director who has delivered films like Anandam, Awara, Pandem Kodi and Run. But he had also delivered Pandem Kodi 2, Suriya’s Sikindar (Anjaan) that failed to impress. His latest offering The Warriorr, featuring Ram Pothineni, belongs to the latter. This is yet another disappointment from the seasoned filmmaker. The Warriorr takes off on a regular note where the hero is introduced followed by a song and then the hero shifts from Hyderabad to Kurnool where he meets his love interest (Krithi Shetty). There are some cute moments of romance initially. But they are not enough to take the story forward. The actual story begins when the face-off happens between Satya and Guru. The film’s first half is mostly managed by its treatment and the twist is saved for the interval.

Once the twist is unrevealed, the film turns even predictable. The DSP Satya’s mission is to take revenge on Guru and bring his empire down. After the interval, the film takes a nosedive. The director failed to sustain the interest in the conflict between the hero and villain. It is just a one-upmanship game that doesn’t interest the viewers. The scenes like the kidnapping of heroine and hero-villain track expected to work, but they don’t. The songs in the second half only obstruct the flow of the narration. However, songs may work for masses where Ram and Krithi danced well against nice sets. But the patience of critical audiences are tested here. The film is filled with scenes that are already seen in several old mass films.

The investigation of Dean Robert’s murder is also disappointing even after DSP Satya possessing a video proof. And the climax is even underwhelming where the hero lets go of such a baddie, guess why? Because he is a doctor at heart. The film also pays tribute to several doctor-police personnel in real-life. It is evident that a seasoned director suffers with second-half syndrome and the film failed at the script development stage itself. Despite good performances and nice songs, they can’t save the film owing to routine story and flat narration. Overall, The Warriorr is a case of ‘operation failed and patient dead’.