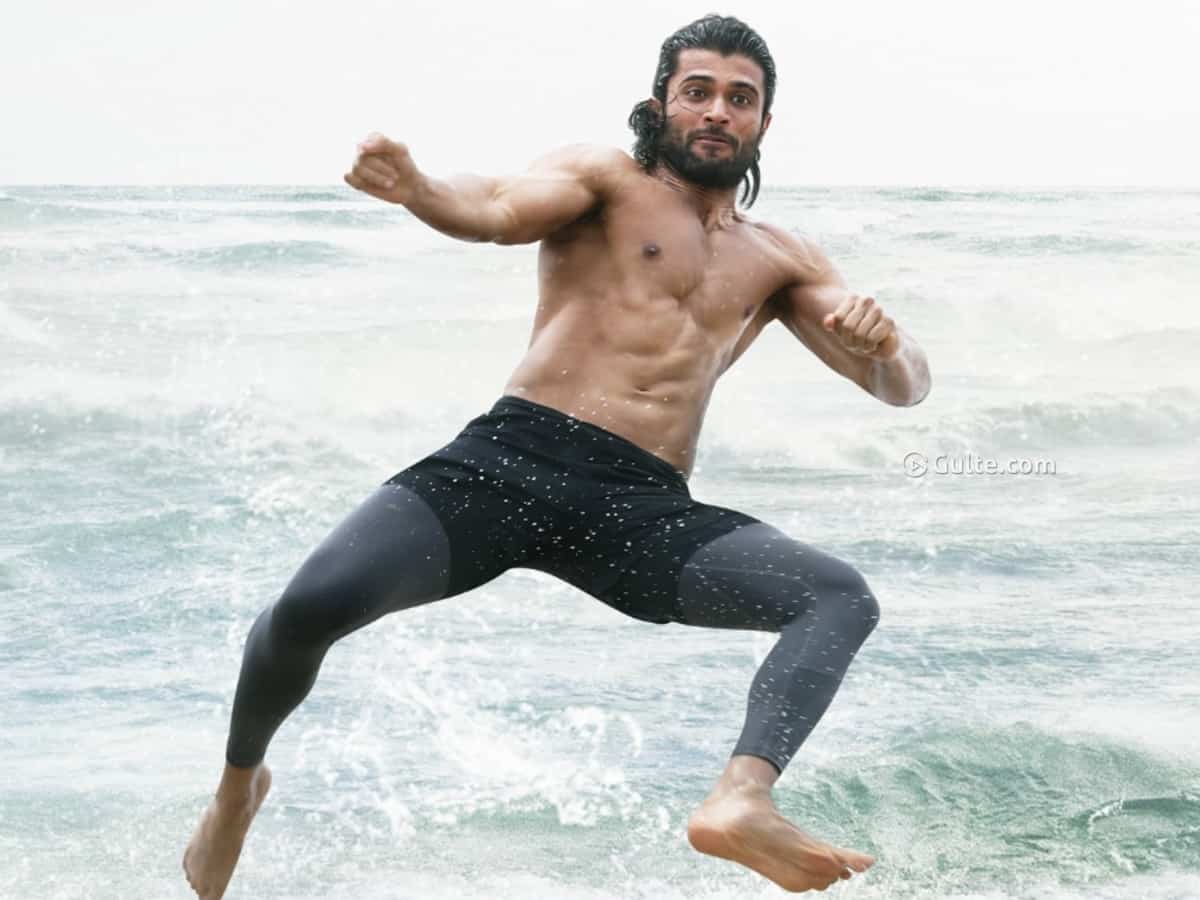 Vijay Deverakonda earned immense popularity after Arjun Reddy and Geetha Govindham, but his recent films were failures. The actor is coming up with an action drama Liger this time. Directed by Puri Jagannath, Liger also has Ananya Pandey, Ramya Krishnan, and the very famous boxer Mike Tyson in it. The trailer for Liger looked like it was action-packed. The movie is hitting the screens today. Here is the review from one of the US Premieres.

Liger (Vijay Deverakonda) comes to Mumbai along with his mother Balamani (Ramya Krishna), to become an MMA national champion. He joins a Jeet Kune Do institute to learn mixed martial arts and he falls in love with Tanya (Ananya Pandey). What happened to their love story and how he becomes the winning fighter is all about Liger.

Vijay Deverakonda appears as a martial arts fighter and he transformed himself into that look well. Other than that, there is nothing interesting about him in the movie.

Ananya Pandey’s role is horrible. The romantic track between the lead pair is a patience tester. The young actress tries to be bubbly in every frame, even when it is not needed. The heroine part is tiresome altogether.

Ramya Krishna is given a mother role who mostly does the motivation part with some cuss words. Ali, Chunkey Pandey, and others are fine in their brief roles.

World famous Mike Tyson appears in the last half an hour of the movie. He is completely wasted and his role ends up as a joke in the end.

Liger is an age-old story with flat narration has been added with some ridiculous twists and unwanted songs. The only thing that sounds positive about Liger is the crisp run time. The screenplay is ordinary. The cinematography is alright. The songs are not interesting. The background music is not impactful.

After watching the Liger trailer, many wondered if Puri Jagannath is making a revamp of his own Amma Nanna Tamilammayi. But there is no comparison between them because Liger is nowhere near the 20-year-old film.

Puri Jagannath has pinned a lot of hopes on Liger and even called it a comeback film. Liger fell far from the promotions and claims. With a story that is beaten to death, that too without emotions and intensity, Liger is purely boring.

An aspiring fighter comes to Mumbai with his eye on becoming a National champion but falls in love in a snap. The confrontation scenes to the love track between the lead pair are outright silly and awful. There is no depth or feel in the love story. The girl falling for him just looking at him fight some twenty goons at a time is a trick of decades old. Vijay’s stammering for every dialogue is exhausting.

While the story is already boring and periodic, the interval twist is a wholesale calamity. Heroine rejecting because he stutters and talking about ‘level’ is the peak of nonsense. There are many more over-the-top episodes like the heroine becoming famous overnight and hundreds of fans dancing at her place.

The film is all about an aspiring fighter, but none of the fights were shot interesting. Though the regular MMA followers could relate to some scenes from the international MMA fight, they can’t make the audience sit on the edge of their seats.

Convincing a world-famous heavyweight boxing champion Mike Tyson for a Telugu movie is a big feat. But his role was written so badly that it ends up being pointless and messy.

Puri stuck with the template of a cute girl falling for a tough guy. He just added the concept of mixed martial arts and the fights as the padding. The dialogues of heroism or the elevation in the usual Puri style can’t be seen anywhere in Liger. The total ‘lover also fighter also’ ends up as one of the weakest and the silliest storylines from Puri Jagannath.

Liger has got the openings big, but it is hard for it to keep it up.