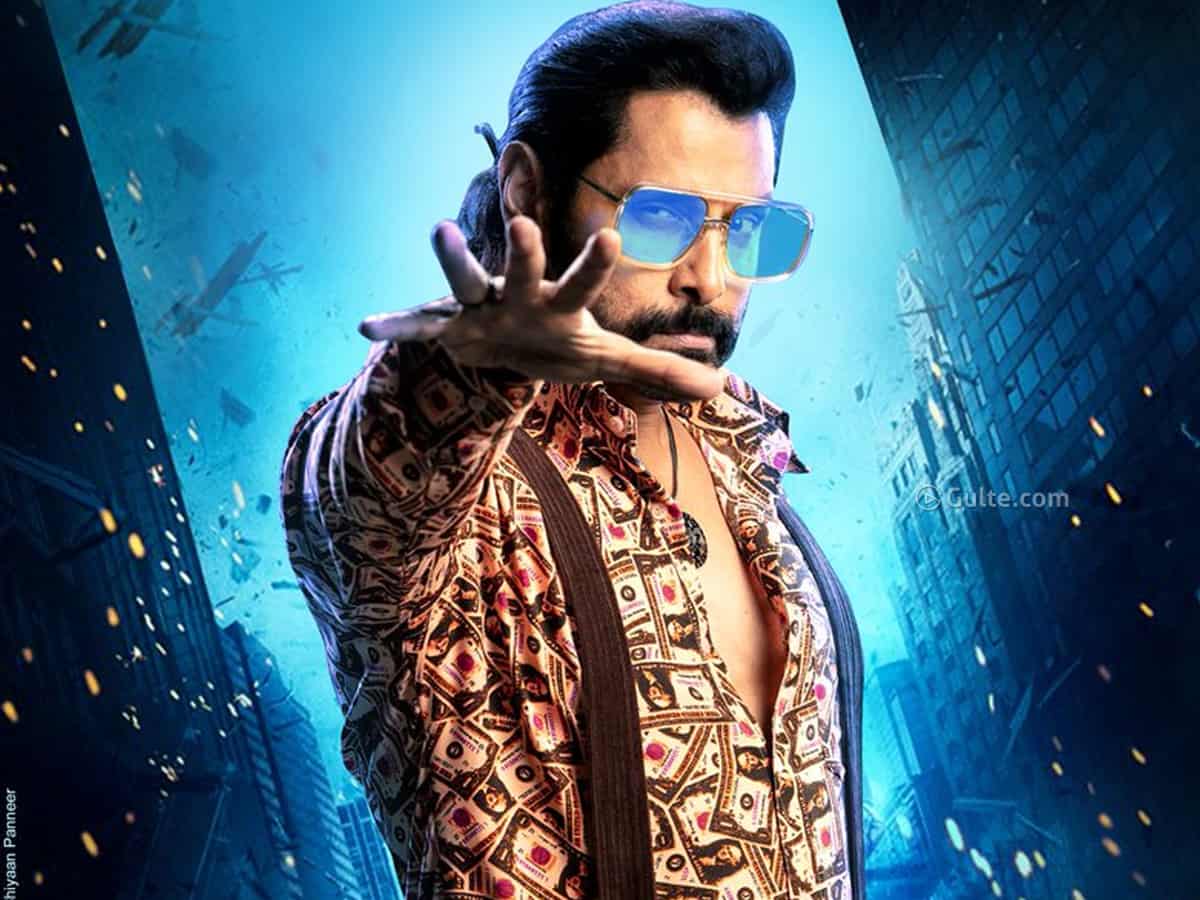 Chiyaan Vikram is the master of acting. A fantastic method actor, Vikram breathes life into the characters he portray. He caught the attention with his latest outing Cobra in which he slips into multiple roles effortlessly. The trailer has raised the curiosity level and many movie lovers expected him to do Aparichitudu-type feat. Will Vikram surprise us with Cobra? Will it be an Aparichitudu or I? Find out in our review.

Madhie (Vikram) is a mathematics genius. He is involved in high-profile crimes including killing of Scotland Prince, Defence Minister of Russia, A Mayor and Orissa CM. How all these murders have connection? As Interpol officer Aslam (Irfan Pathan) tries to unravel the mystery. He gets anonymous help from a brilliant hacker who reveal crucial secrets of Madhie. Who is this hacker and why has he targeted Madhie. Meanwhile, it has connection to Madhie’s past which further adds curiosity. How Madhie is caught and why he is doing it forms the crux of the story.

Undoubtedly, Vikram has delivered an award-worthy performance. He stole the show in multiple avatars. But none of them leave a major impact due to its writing. The get-ups are just wasted. Irfan Pathan as Aslam, an interpol investigation officer gets good-length role and he does justice to it. Srinidhi Shetty is confined to Madhie’s love interest. She is good in parts. But writing never lets her shine. Mirnalini Ravi gets forgettable role. Meenakshi Govindarajan as a Maths student helps the investigation and gets decent role. KS Ravikumar gets important role but that is left incomplete. Roshan Mathew fails to impress as typical corporate baddie Rishi. Anandraj is limited to side character. The film has got several talented actors whose talent isn’t put to use.

The plot of Cobra is good on paper. It has all the ingredients to make it work given the scale of the film. But it goes terribly wrong in the execution. Instead of keeping this simple, the director Ajay Gnanamuthu made it very complex leaving the audience confused till the end. The lengthy run-time, unwanted hallucination scenes only just irritate. Songs lack AR Rahman’s magic. The background score is also underwhelming. The film has large scale, extensive shoot in foreign locations with foreign actors and even helicopters, et al. Production scale is huge, but unfortunately, gets wasted. Editing isn’t crisp.

Vikram’s Cobra seems to be very ambitious on surface. Director Ajay Gnanamuthu has got everything to make it a gripping thriller like Vikram’s Aparichitudu. He got talented actors, large-scale production, AR Rahman’s music, good technicians, et al. But he got several things wrong owing to the writing and execution. The film lacked thrills, twists and turns just boring.

For instance, Madhie suffers with mental illness where he is surrounded by several characters who gives you advises when he is stuck. These scenes are only irritating and confusing the viewers. It is stretched beyond a point. May be, director Ajay is also facing similar hallucination and guided by various disoriented thoughts while making this film or else he wouldn’t have delivered such product.

There are certain scenes where Madhie visit doctor and he analyses his trauma. These only add upto the woes of the film. The back-stories, flashback episodes only create more confusion instead of clarifying. They don’t take the story forward.

Cobra is not all bad. There are sequences where Madhie uses his Mathematics genius brain and use numbers to hatch the murder of highly-secured leaders. These sequences create some curiosity. Vikram’s makeover for the roles do stun given his age. His dedication for roles deserve special mention. Initial scenes of the film where Madhie is part of the crimes and how he manages to escape are good. Hacking episodes create interest on the proceedings. The love scenes again are tad boring. The twist that comes in the pre-interval fails to arrest audience. It goes unnoticed and also gives a nostalgic feeling.

Since it has Mathematics and internet hacking as major themes, the analogy of mathematic equations are apt to describe Cobra. The equations that can be simply solved are just made very complex by beating around the bush. The equations just lack the depth and emotion didn’t work. Cobra is a miscalculation of Chiyaan Vikram and Ajay. The film’s length tests the patience of audience.

It’s a three-hour-long tiresome movie that only offers good performances, visuals. Unlike Kamal Haasan’s Vikram which is also multi-starrer with crime backdrop, Chiyaan’s Cobra failed miserably. It is a venom-less weak Cobra. Certainly, this is not an Aparichitudu from Vikram, but this could be placed next to his I. Like I, the talent and hard work got wasted here too.