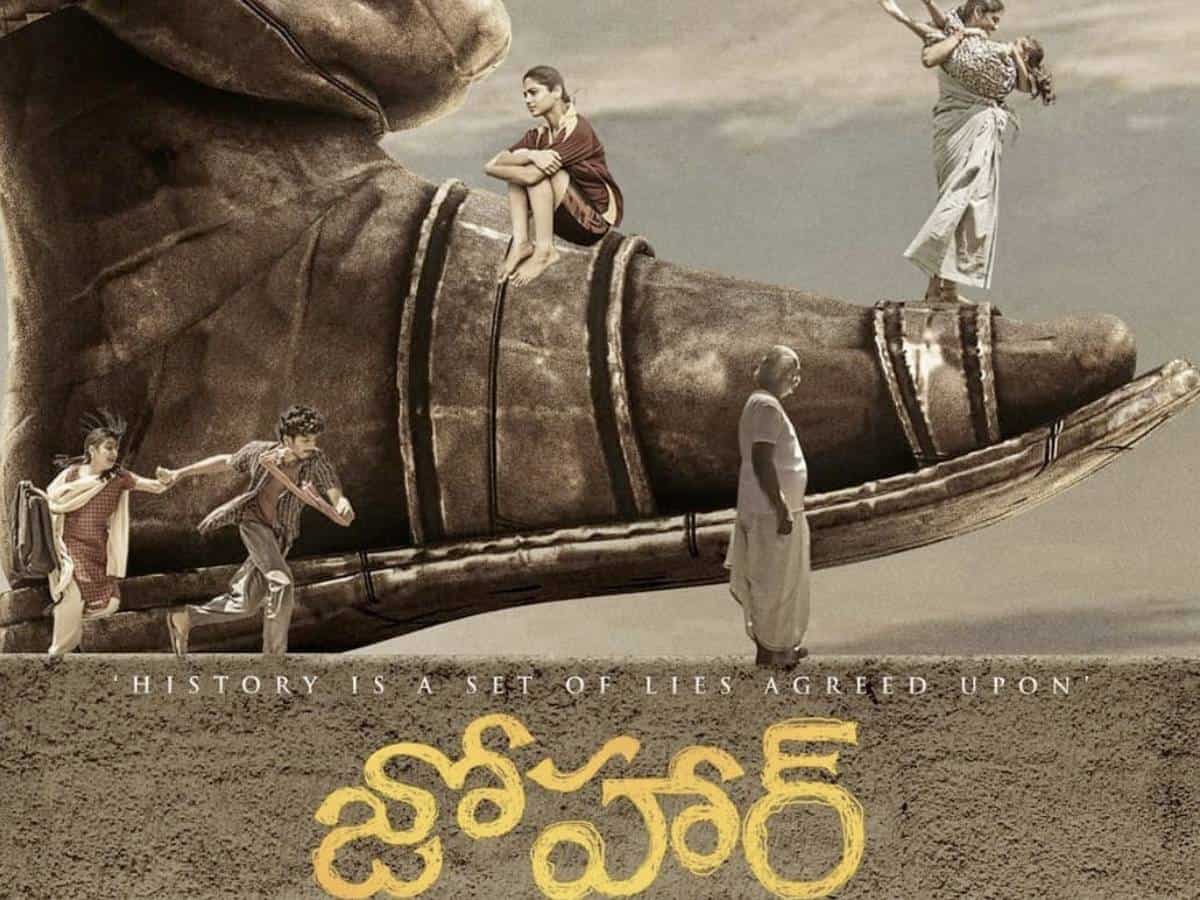 A newly sworn in Chief Minister (Chaitanya Krishna) decides to put up a colossal statue of his late father. He cuts down the budget on allotted schemes to fulfil his dream. But this has an adverse effect on many poor peoples lives that are told as parallel stories. An old man (Subhalekha Sudhakar) who runs an orphanage, a street circus girl (Naina Ganguly) who wants to become an athlete, an on the run young couple (Ankit and Esther), a poor mother (Eeshwari Rao) whose kid is battling with a kidney ailment all get affected due to the dream of their state’s CM.

Chaitanya Krishna is a fine actor and he looks authentic as the young Chief Minister. Subhalekha Sudhakar is good in emotional scenes. Eeshwari Rao also is in good form. Naina Ganguly’s agile and athletic frame suits the character, but her performance is very ordinary. Ankit and Esther are okay in their respective roles.

Director has noble intentions in making this film. He wanted to show how a small event could become fatal for poor lives. However, the plot he has picked doesn’t seem logical. He might have been inspired by the colossal statue of Sardar Vallabai Patel instated in Gujarat. He should have chosen a government scheme or policy to make this film relatable. He also failed in telling the spite of poor people in an effective way. Music is passé. Cinematography is decent. Dialogues are okay. Production values are impressive for a low budget movie.

There are many silly government policies and schemes that make people lazy and also hamper the progress of a state. Every political party is throwing freebies to the poor to ensure victory in general elections. Director Teja should have targeted such stupid policies and their adverse effects on the development. Instead he focused on ‘statue politics’ that are not relevant to Telugu States.

He has shown spark in establishing the backdrops of his principal characters though. Subhalekha Sudhakar’s character seems cliched, but a street circus girl dreaming of becoming an athlete sound promising when she is introduced. Also, the much talked about Uddanam kidney ailment topic is the backdrop for Eshwari Rao’s story. The plight of a teenage girl whose mother is a sex worker, all seems to draw our attention at the beginning.

Apart from giving his characters an attention grabbing setting, director Teja Marni fails to drive them forward in an impactful manner. Uddanam kidney ailment issue is used as a screenplay tool and it is left aside as Eshwari Rao suddenly takes up farming. The teenage girl’s plight living in a house where her mother has sex with various men seems painful, but that angle is used just for the introduction of the character. She soon becomes a victim of an education scam that is linked to the giant statue.

Similarly, Naina Ganguly’s character is introduced well, but suddenly becomes victim of the CM’s dream. There’s nothing to say about Subhalekha Sudhakar’s track as it is straight out of an eighties movie. Director Teja failed to showcase the pain and troubles that these characters go through in a heart touching way. There are ample scenes to make the viewers feel bad for the characters, but none creates any desired impact.

Johar turns out to be a film with noble intentions that has gone terribly wrong in plotting and treatment. The runtime of the film is a little over two hours, but it seems very long and tedious because of the lacklustre writing.