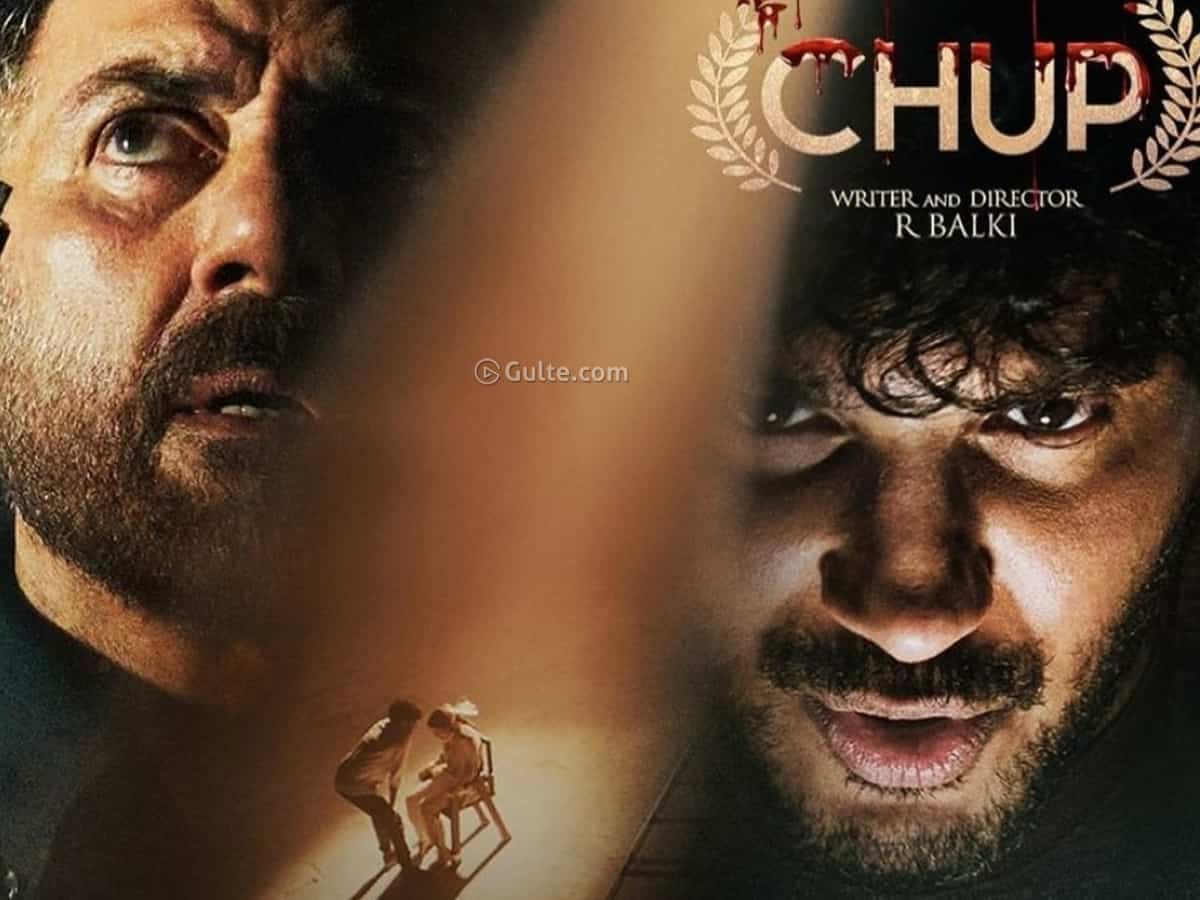 R. Balki always comes up with films with interesting premises. Paa, Shamitabh and Ki&Ka are such films which had interesting storylines. Now, he came up with another film with an intriguing plot point. Titled Chup, this movie features Dulquer Salmaan, Sunny Deol, Shreya Dhanwantary and Pooja Bhatt in the lead roles. Let’s see how this film turned out to be:

Chup is basically an investigative thriller. The city of Mumbai is shaken by the sudden deaths of film critics. Crime Branch Cop Aravind Mathur (Sunny Deol) gets appointed to investigate the case. He starts digging into the details of these serial killings of critics. There is a parallel romantic track running between florist Danny (Dulquer Salmaan) and journalist Nila Menon (Shreya Dhanwantary). Eventually, the couple gets connected to these serial killings. What happens next forms the major crux of the film.

First of all, there is no movie that deals with the serial killings of film critics. Balki impresses us right away with his story idea. He opens the film very well, with the murder of a film critic. Thus, we get introduced to the story within five minutes of the film. The investigation begins right from the second scene. Balki cleverly takes satirical digs at film critics with his witty one-liners. Dulquer Salmaan gets introduced as a florist and a fan of legendary filmmaker/actor Guru Dutt. The way Balki used Dutt’s references in this movie is highly appreciable.

Dulquer gets into the skin of his character and delivers a power-packed performance. This can go down as one of his best works. It is good to see him choosing varied subjects like Sita Ramam and Chup and making sure to give stunning performances. Sunny Deol impresses as a tough cop. He is a perfect fit for that character. Shreya Dhanwantary gets an author-backed role and she delivers a neat performance. It is high time for filmmakers to shift her from the OTT arena to the movie arena. Pooja Bhatt impresses in an extended cameo. It is good to see Sunny and Pooja sharing the screen after decades.

Chup is technically sound as well. The signature background score used in the movie complements the tone of the film very well. The way Guru Dutt’s songs are used is also very good. The cinematography brings that mysterious tone to the flick. The editing is neatly done and the film is crisp at a runtime of 135 minutes.

Chup starts off very well and makes us hooked to the seats right from the beginning. We keep guessing about the serial killer throughout the first half. Towards the end of the first half, the identity of the killer is revealed. The second half is all about how cops managed to catch up. There are many creative liberties taken in the latter half. Thus, it becomes a letdown. Otherwise, Chup is a decent film and one of the good Bollywood films in 2022.

Performances of the rest of the lead actors

Last half an hour

Creative liberties were taken toward the climax

Bottom-line: On the whole, Chup is an interesting investigative thriller which has its ‘heart at the right place’ in the first half and goes ‘off-the-track’ in the final act. You can give it a watch for Dulquer’s sensational performance.

Note: This review is an individual opinion from the Chup public Free view show happened on 20th September.