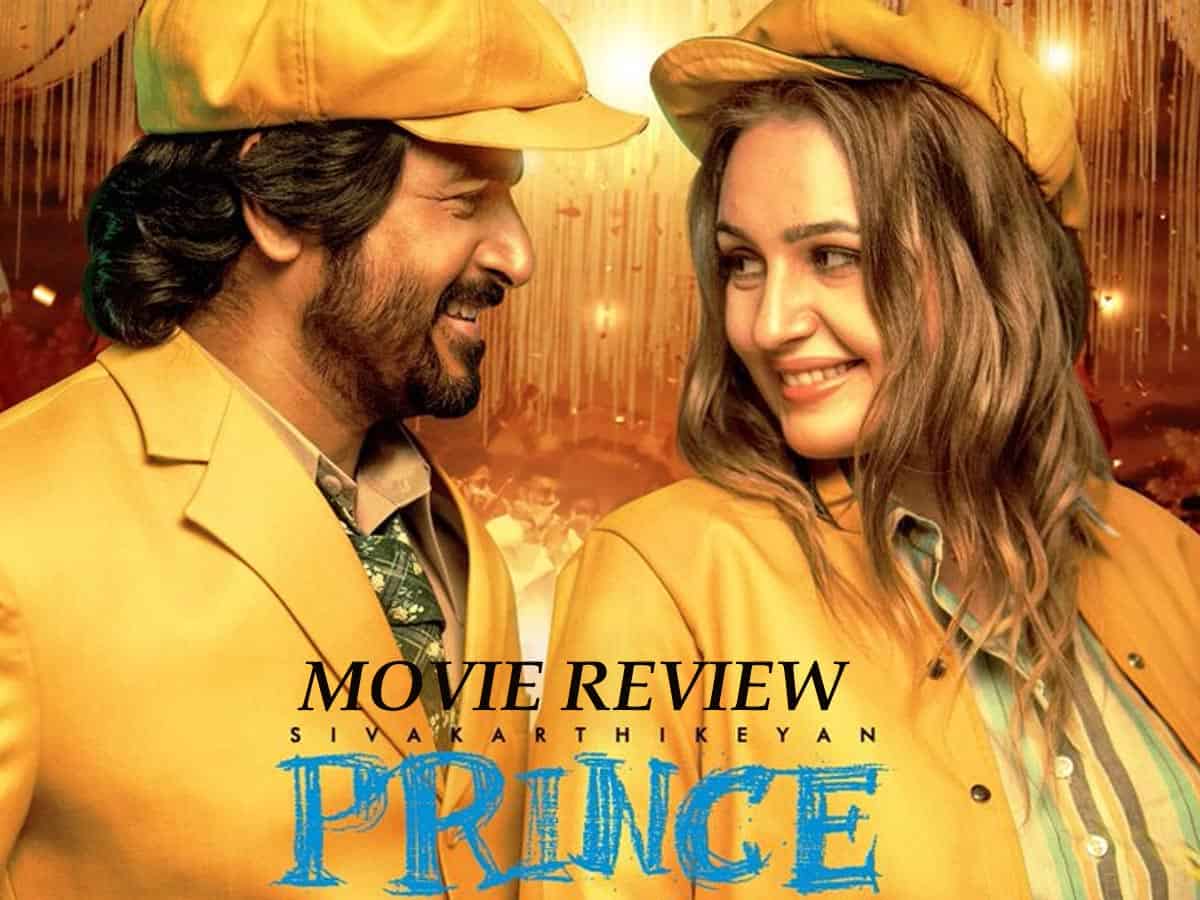 Anand (Siva Karthikeyan) works as a social teacher in a small town. He falls for British girl Jessica (Maria Ryaboshapaka) who is his colleague. Anand’s father (Sathyaraj), who is a broad natured, unable to accept Jessica owing to her British nationality since his grandfather was killed by British. Jessica’s father turns against her love for his own reasons. Meanwhile, Jessica’s family land in the town is wanted by local Bhupathi this invites big troubles and leads to disturbances in their love story. How does Anand resolves it and wins Jessica forms the crux of the story.

Siva Karthikeyan is game for comedy. He does it again effortlessly. He slips into the role of Anand which is likely by youth and also has good principles. His comic persona drives the film forward. Jessica is good in emotional scenes. Sathyaraj does an impactful performance in a soft role. He generates fun. All the cast plays their parts well. The film intentionally has more Tamil actors which may affect the Telugu nativity.

Anudeep picked a wafer-thin plot which itself is quirky and comical. But he added his trademark comedy to make it even more hilarious. Visuals are refreshing, credit goes to cinematographer Manoj Paramahamsa. Thaman, who is of late catering thumping background score and loud music, impresses with feel-good and soothing music.

Audiences are still not out of pandemic fatigue which is why there is good scope for comedy films to work miraculously well at the ticket windows. Relying on the same, Anudeep, who is fresh from heat of Jathi Ratnalu success, attempted the similar feat. He is successful largely. He caters to fun-loving masses with irreverent humour. Siva Karthikeyan adds his touch to it.

Simply put, Prince is Jathi Ratnalu version 2.0 with different scale, set-up. It has all the elements to work. But the problem is it underscores on logics. The film delivers nonsensical laughs throughout. Siva Karthikeyan goes on delivering lengthy speeches reminding us of courtroom scene in Jathi Ratnalu. Yet, it worked. It keeps viewers in splits.

Kudos to Anudeep. Inanities all over the film. Even the supporting cast and side cast keep uttering inane lines generating fun. It is the humour quotient that keeps us invested in the film. The dominance of Tamil cast may affect the Telugu nativity and sensibilities. Dialogues deserve special mention as they bring cheer immediately. The makers rely on dialogue-humour. The hero-heroine love track needs more attention. It has no emotional connect.

Overall, the film has its moments. It only runs on laughs with no logics. Go for it if you want to keep your brains at home and enjoy the laugh ride in cinemas. It may not be another Jathi Ratnalu but Prince is Prince ( in Anudeep’s words).

Bottom line: All Laughs, No Logics!