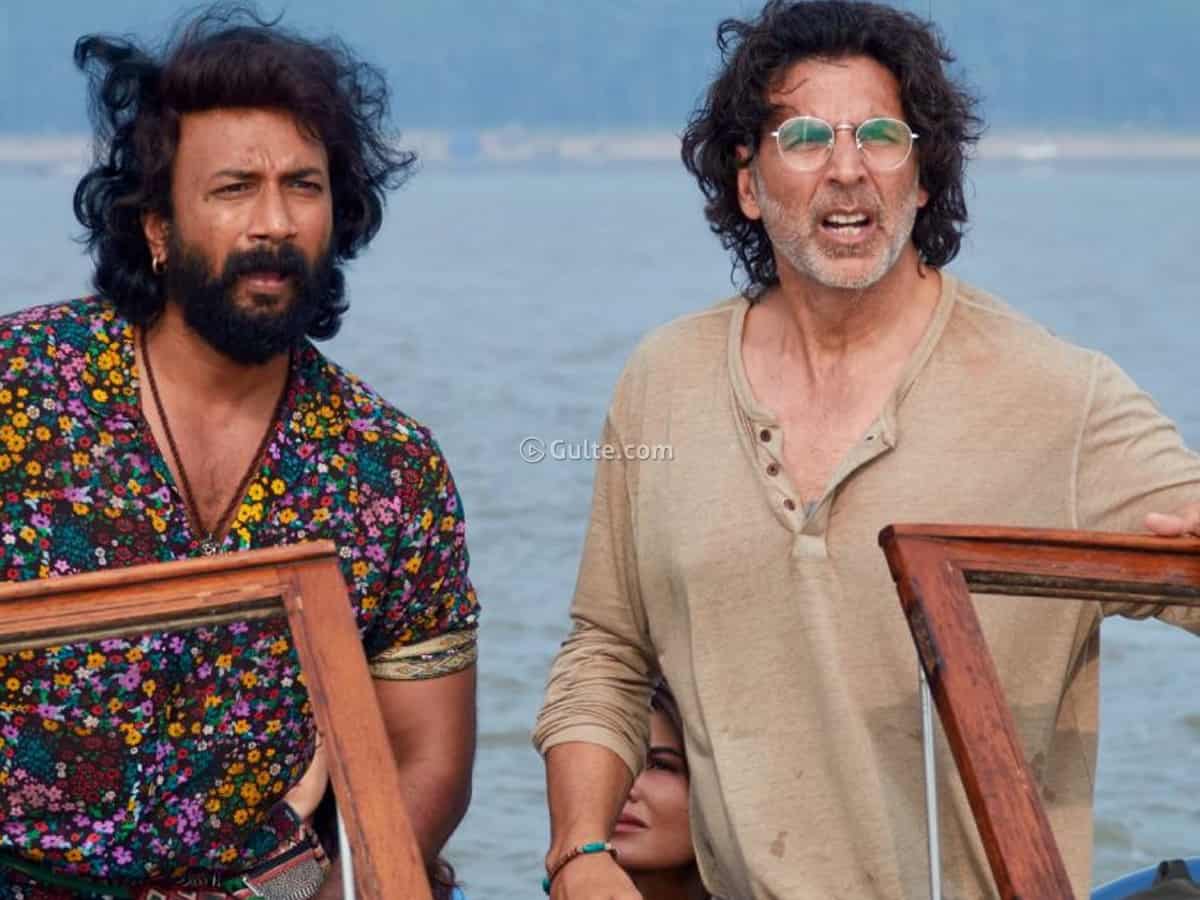 Akshay Kumar is churning out films left right and center. His latest release is Ram Setu which has been made on a budget of 150 crores. The film has Jacqueline Fernandez, Nusrat Baruchha and Telugu actor Satyadev in key roles. Abhishek Sharma has directed this film which has music by Daniel B George.

Indrakanth(Nassar) is the owner of the prestigious Pushpak Shipping Corp. He requests the government of India to dismantle the Ram Setu, as part of his Sethusamudram Project. This does not go well with many and a case is filed. The government of India brings in Aryan(Akshay Kumar), the Joint Director of the Archaeology department into action and asks him to submit a report to reveal whether the Ram Setu is man-made or is a natural formation. The rest of the story is about Aryan’s journey into the world of Ram Setu.

Akshay Kumar is seen in a new look and plays his age. Performance wise, he is sincere and does what is expected of him. In all the confrontation scenes, Akki does really well. Jacqueline Fernandez is decent in her supporting role. Telugu actor Satyadev is superb in his key role and is the surprise package. Nusrat Barucha was dull and was wasted in her role. Pravesh Rana is very good and Nasser was neat in a few scenes but also over acted for no reason.

Ram Setu does not have any songs but Daniel B George’s background score is amazing. It lifts the dull scenes and the score in the crunch scenes of Ram Setu was good. Aseem Mishra’s camera work is pretty good. But the main villain of the film is the VFX design. It is very dull and looks tacky in many areas. Even a good scene is falted by such poor visuals. Editing is just about okay but the beginning of the film should have been trimmed. Abhishek Sharma’s story is very promising and has all the episodes to make an engaging watch but the director’s poor narration spoils the day.

Ram Setu starts on an interesting note with the Afgan episode. But thereafter, things become slow with the entry of Nasser. The scenes which set up the entry of Akshay into the Ram Setu project are not that great and bore the audience. Only when Akshay takes up the massive project, the film starts getting interesting. Credit should go to the director Abhishek for showing the episodes of Aryan reaching the Ram Setu and then going on a trail to find Ravana’s Lanka in a splendid manner.

The subject matter is such that the audience gets curious to see what happens next. A scene where Akshay Kumar brings the sample of a rock is proof of the same. But it is the lack of grip in the screenplay which spoils the fun. The inexperience of Abhishek is clearly seen in several scenes and the tacky VFX also does not help matters much.

However, the pre-interval block and conflict point during this time keep the audience interested. But things fall apart post the interval. There is no grip in the proceedings and things happen so easily for Akshay that he finds out the truth of several hundred years just like that. These scenes are hard to believe.

Director Abhishek has done extensive research on the film and it is visible in key scenes. But when it comes to narrating it in a cinematic manner, he fails and gives us half baked proceedings. The film has interesting scenes but they do not thrill you completely. Ram Setu had a good plot to be a solid hit but it is marred by some lackluster narration and ends as a below par film from Akshay and his team.