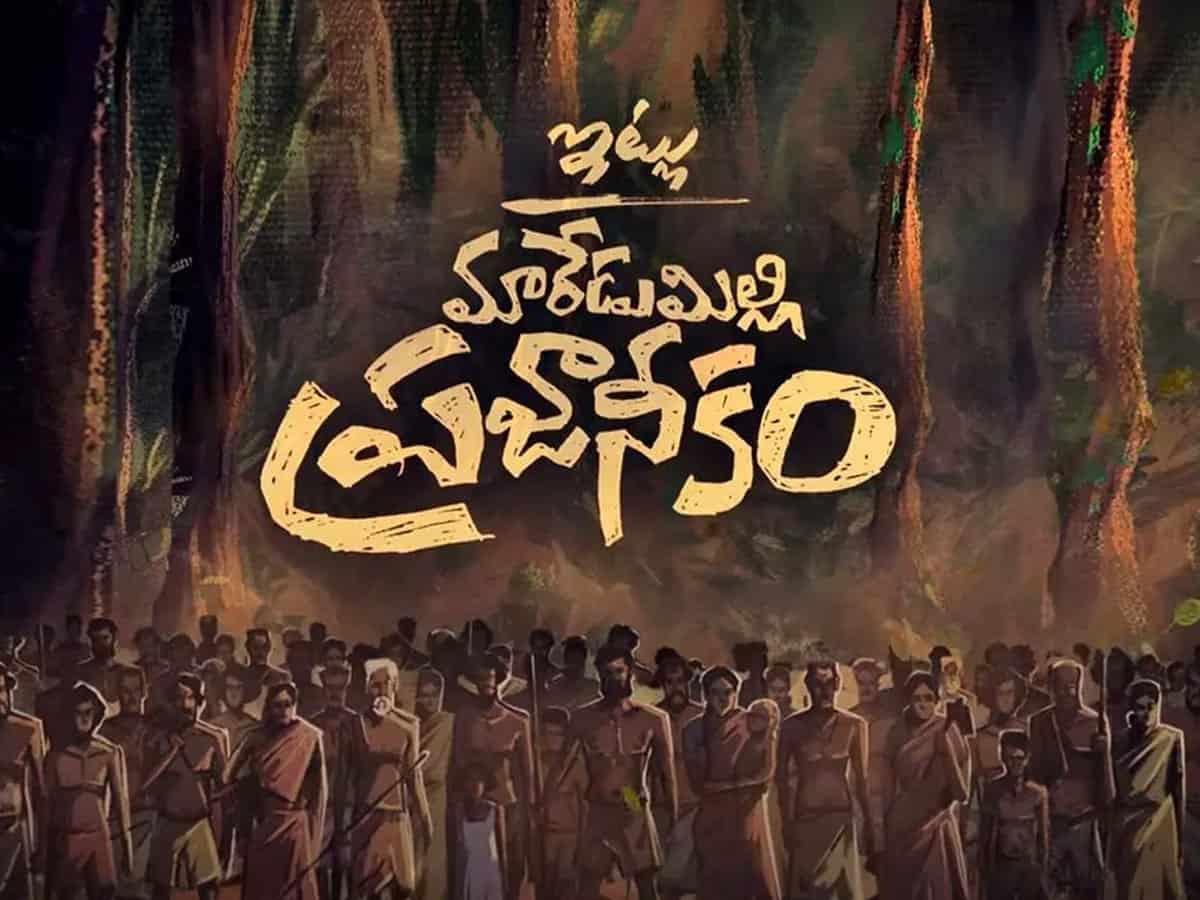 Allari Naresh is back with serious court-room drama Naandhi. He has now opted for a political drama revolving around Maredumilli village. Does he impress again? Will he score success again? Will he continue the success streak? Let’s find out.

A Telugu teacher Srinivas Sripada (Allari Naresh) is deputed for election duty in Maredumilli, the village that abstains from voting for not fulfilling its basic facilities. How he makes the village casts the vote and finally get the basic facilities of the village along with the help of locals form the crux of the story.

Allari Naresh is known for doing underdog roles. As a simple Telugu teacher who cares for a village, he fits the bill. He doesn’t flex his muscles or fight the goons who fly into the air. Instead, he gets beaten often. Vennela Kishore’s character is cliched. It is only filler. It doesn’t have much significance other than cracking some silly jokes. It is a character viewers don’t take seriously. So, is Raghu Babu’s character which gives so much build-up, but falls flat. None of the characters, other than the protagonist, leave a serious impact. Sampath as collector is just alright. He is also shown as weak and helpless and suddenly turns negative as the film progresses towards the end. Anandhi is good as Lachimi, a village belle who is also the love interest of Naresh. She has some good scenes. But she gets sidelines eventually. Actor Sritej gets a role with good screen time. He is just alright. Comedian Praveen gets a serious role. He does a decent job. Rest of the characters are passable.

Story of Itlu Maredumilli sounds great on paper. But it struggles in its execution. It is a good concept which isn’t developed completely. Hence, it suffers in its narration. Abburi Ravi’s dialogues does compliment the proceedings. The production design gets noticed. The setting of Maredumilli forest region is impressive. Visuals are appealing. Sri Charan’s background music adds to the visuals.

The point of Itlu Maredumilli Prajaneekam isn’t new either. One can’t help but the concept reminds us of Rajkummar Rao’s Newton. Whilst Newton is a black comedy, Maredumilli attempts to be a serious film with emotions. The film takes off slowly and where Maredumilli and its geography is established. The introduction of characters and their traits take a chunk of time. The first half is passable with some comedy and some serious scenes. The problems and plight of  Maredumilli people are depicted well.

For example, there is a scene where a pregnant lady’s delivery gets complicated. When everyone gives up on her, Naresh takes initiative and reminds of the ancient technique of doing delivery using water force and it works. This scene works. So, is the pre-interval twist. It did raise curiosity on the proceedings. But the second half falls flat. It turns out to be predictable.

There are some scenes here and there, which hold interest. The election-result episode brings back some hope on the film. Yet again, it fizzles out with the following episodes. The military episode looks forced and gets wasted. The whole negotiations between the government and Maredumilli look flat. Better writing could have elevated the film. This gives an impression that Itlu Maredumilli Prajaneekam is half-baked where some portions work and others don’t. The film failed in its execution.

There are some good moments where the protagonist stresses importance. Naresh delivers dialogues on the importance of Telugu, teaching the field how it moulds future generations and the involvement of people and their participation in democracy. The conversation between Naresh and Sampath in the pre-climax is also thought provoking and emotional. But the film goes on a familiar path. It rushes towards the climax which appears flat. The animal sequence appears forced. There are cinematic liberties in this political drama. The problem is it is neither intense nor hilarious. It is not a Naandhi-like film for Naresh, but just passable.