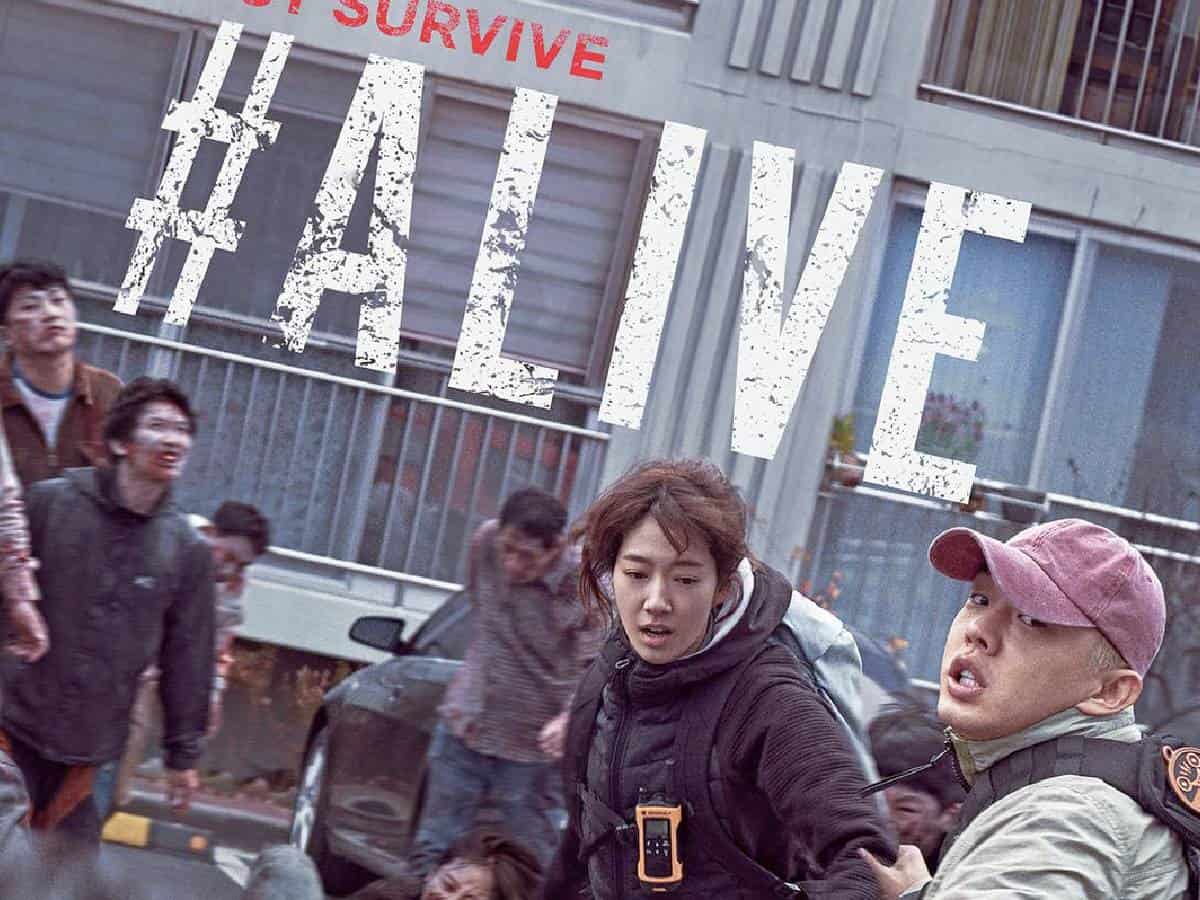 Korean filmmakers have given a new spin to the zombie film genre with the incredibly impressive Train to Busan. Korean filmmakers are so good at exploring human emotions even when making a movie on zombies. The hugely successful Train To Busan was followed up by Lee
Min-Jae’s The Odd Family: Zombie on Sale that shows a zombie pandemic in an entirely new light.

The latest zombie flick from Korean Cinema is #Alive that brings us back the horrific memories of life in the lockdown. What if coronavirus can instantly kill you if you step out of your door? Scary, right? #Alive is about a teenage gaming addict shut indoors with every other person in his apartment and everywhere turning into a zombie. The teenager should survive by staying inside his apartment with little food and no water.

We had the liberty of going to the supermarkets, browsing the internet, and going for a stroll in our apartment premises during the lockdown. Thankfully, coronavirus could be kept at bay with social distancing and by wearing a face mask. But in Alive it is extremely dangerous to go out and sometimes the zombies can break into the houses that are not only locked but also barricaded using heavy articles too. Imagining ourselves in such a scenario itself is terrifying and we may be thankful for coronavirus for not being so dangerous.

Like in Train To Busan, zombies in this film are very agile and also could climb up many floors using ropes and do many things that zombies usually cannot do. There’s a fine logic associated with this zombie behaviour that would sure be approved by the audience. When things turn monotonous due to the single character stuck in his home, there’s another charming female character introduced into the story, and the movie comes #Alive all of a sudden.

The brooding friendship between them and the way they try to communicate with each other makes it endearing to watch despite the looming danger that is surrounding them. We can predict that them finding a way out of it would be the ending, but the director throws in surprising twists and makes it a thrilling ride all the way. We will be rooting for the lead characters to get out of the trouble without being bitten and the director skilfully plays around that aspect. He puts those characters in extremely dangerous spots so that there’s nail-biting suspense that will put us on the edge of our seats.

Alive is a decent movie to stream during the weekend with a relatable setting (lockdown times) and effective thrills. Despite being shot mostly in a single location and with minimal star cast there’s no dearth of action because of superior cinematography and excellent direction. Alive will thrill you even if you are not a fan of the Zombie film genre. This film is a fine example of how the directors can make an effective thriller by mixing sub-genres like zombie invasion and home alone.