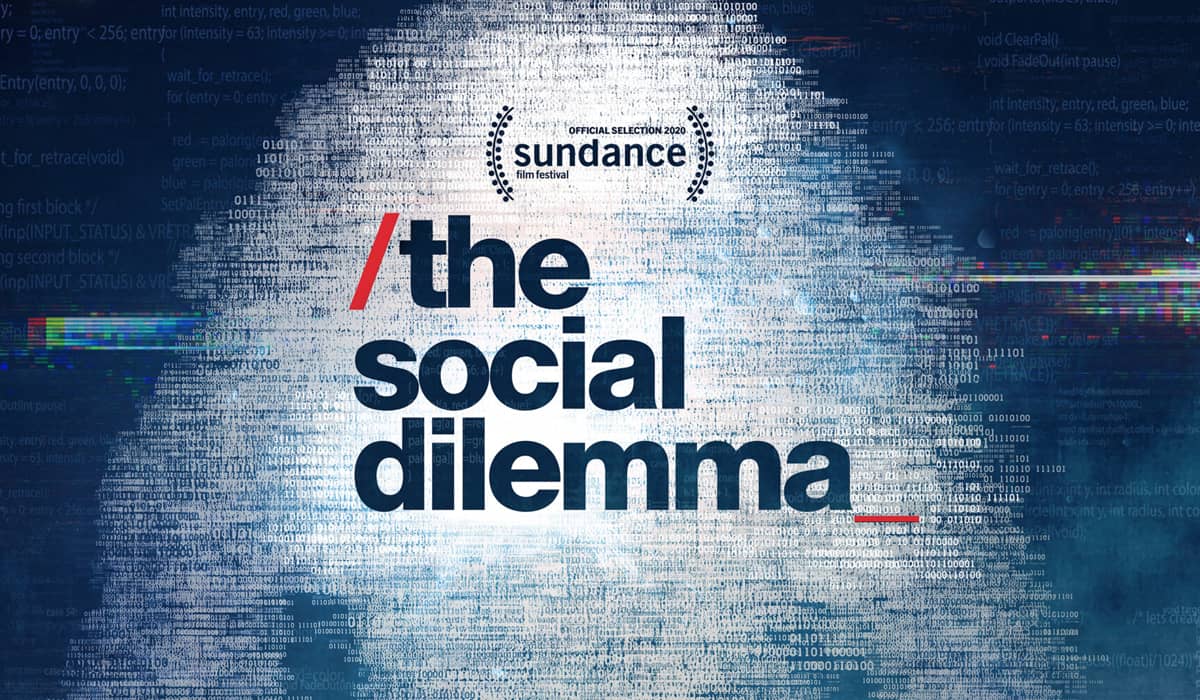 The Social Dilemma is a documentary that sounds the alarm about the incursion of data mining and manipulative technology in the age of social media. The facts and dark secrets behind the social media platforms will leave you startled and horrified about how we everyone has become lab rats in the world of the internet.

The expert documentary filmmaker Jeff Orlowski puts the complexities of the subject in such a way that even the layman can understand about the dangers of social media. He used terms like magic and manipulation to explain complex matters involved in the subject that is being discussed. The way this documentary tells us about what goes behind in building a social media platform to keep the ‘user’ stay on the website for a longer time is masterful.

The director doesn’t just give us the details with the interviews of former tech masters but tells us the impact of social media through a fictionalized story of a middle-class family. A teenage girl posts a picture on her Instagram page that hardly gets any likes. Disappointed, she deletes the picture and adds as many filters to her next picture that gets instant responses from her followers. One of the comments says something about her ears and she is depressed about how her ears look. Social media is not only about connecting with people it will also create depression as people start comparing to others in terms of looks or their status.

Another biggest problem is influencing the user’s mind through clickbait videos and stuff in the form of ‘recommended videos’. Director takes the cinematic liberty to show how artificial intelligence targets an individual to lure them towards watching videos and keep browsing the site for hours together. Such things cannot be explained through documentary style, which is why the director uses a separate track to show how teenagers and their families are affected by this ‘target marketing’ and addictive measures to keep us online all the time.

All these facts are brought out by former tech masterminds who have invented things like ‘like button’ on Facebook. Some of them have revealed how they themselves had fallen into their own trap and got addicted to various aspects on the internet. They even confessed that they couldn’t spend time with kids due to it. They realized the impact of social media on lives and resigned to their jobs due to conscience.

The best thing about this documentary is it doesn’t create an evil out of social media. It also talks about the positive aspects of it. However, it urges users to cut down the usage of social media and switch off notifications and doesn’t let it take control over us. It asks us to stay away from clicking the recommended videos and minimize the usage of the internet. Most of the interviewees told that they wouldn’t let their kids get addicted to it. This documentary is a wakeup call to everybody who doesn’t see the bigger picture and greater harm that technology does to us.

Wish somebody makes a fictional film by covering these facts as it will make a greater impact and create awareness among the masses. For all those who have access to Netflix must watch this documentary along with teenage kids so that it would help at least a few individuals to get out of this trap. This documentary is streaming on Netflix, which immediately recommended some other video soon after this video has ended. Do you see the irony in it?

Bottom Line: A Must Watch!