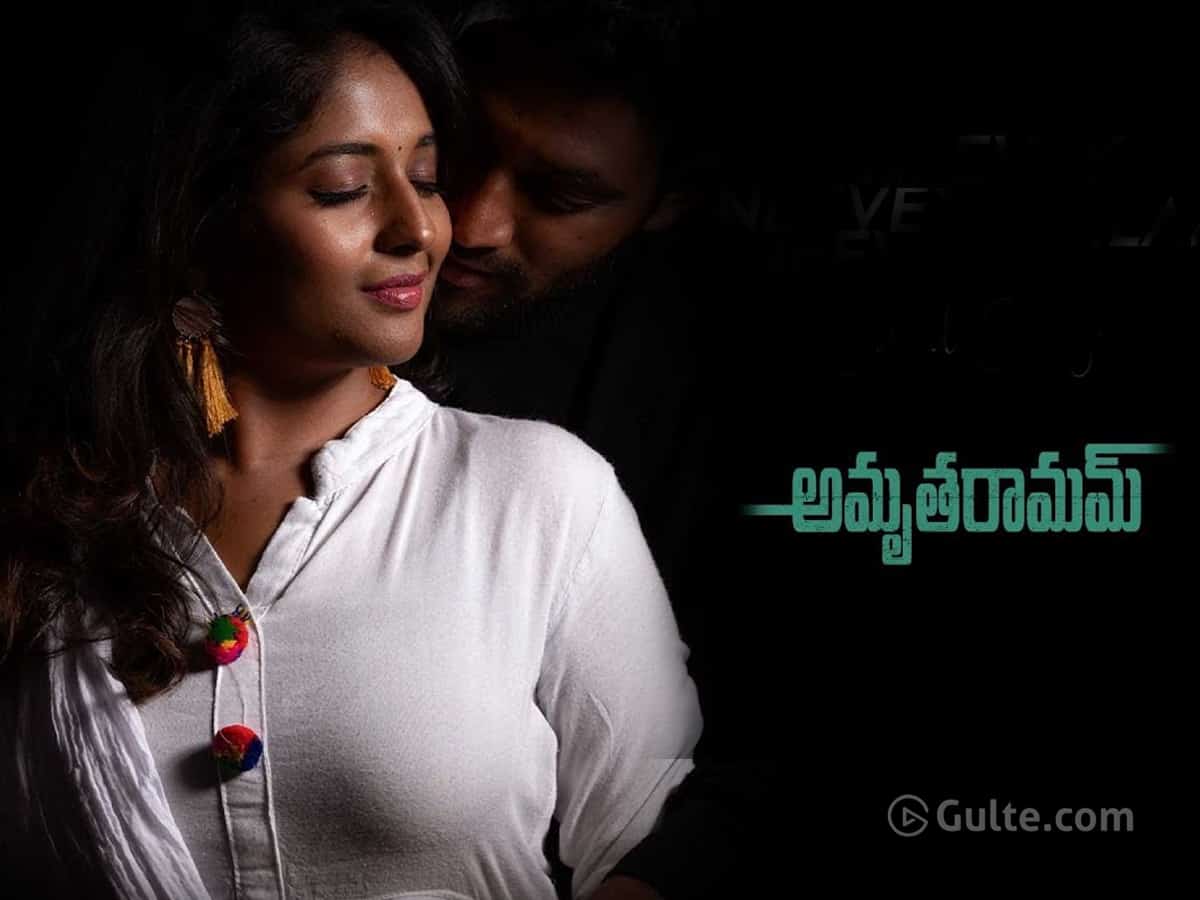 Current lockdown has put many small budget films under severe pressure that the producers are looking for other avenues to reach audience. Amrutharamam is the first Telugu film to directly release on an OTT platform. Zee5 released this low budget romantic drama that was entirely shot in Sydney, Australia.

Amrutha (Amitha) falls in love with Ram (Ram) at first sight. He too gets close to her and reciprocates her love after sometime. They both are inseparable and Amrutha gets too possessive about Ram. She makes sure that he leads a respectable life by doing a good job. However, Ram’s ego is hurt and separates with Amrutha after an incident. Do they unite again?

Ram Mittakanti neither has looks nor acting skills. He fails to emote in key emotional scenes that also impacts the effectiveness of those scenes. Amitha Ranganath has an impressive screen presence and also can act. Her performance is what holds the film together. None of the actors in the supporting cast is good. The actor who played the factionist character is annoying with his fake Rayalaseema accent.

Director Surender Kontaddi’s intention is to show a girl’s true emotions in love. Most of the movies tell love stories in the male point of view, but here he explores the female emotions. His intention is good and has been sincere in his approach towards the story, but his script is too shallow and doesn’t have depth too it. Most of the situations appear silly and contrived. A better handling of the story would have made it a moving love story.

Songs are melodious and come as a part of the story. A couple of songs are okay. Background score is jarring. Dialogues are bad. Editing is abrupt at many instances. Cinematography is neat with a bluish tint maintained throughout. Sydney locales add to its visual appeal.

The film is about the unconditional love of a girl towards a boy. Her love has no limits and can go to any extent to be with him. But there should be a strong reason for someone to fall so madly in love with a person. Moreover, Ram is not someone who can sweep a girl off her feet. However, Amrutha has no option but to fall in love with him at the first sight as the script demands her to do so. At least, the romantic situations between them should have been written well. She falls in love with him for no reason and he reciprocates and then starts the lip lock saga (because our directors believe onscreen kissing is what youth craves for).

She is so orthodox that she couldn’t take a girl giving a friendly hug to him. She fights, she cries, she apologizes and then they kiss. After a couple of minutes, the same situation repeats and all of the above happens until they make out. There is a parallel track on a factionist villain (Yes, in Sydney) wandering around the streets with his henchmen all dressed in white holding swords. Director might have felt it is funny, but it is annoying to the core. It’s surprising that no one in his team pointed out at how absurd it appears.

Apparently, the director might have felt that the heart touching climax will cover all its shortcomings and weaknesses. The girl taking an extreme step for her love is definitely a moving idea, but it leaves little impact due to the poorly written love track. It is hard to have an emotional connect with her as she seems desperate and that too for a sore loser, who doesn’t have single likeable quality in him. Despite the story happening in a big city like Sydney, the director has shown like it is happening in a neighborhood as the handful of actors are seen all over the city.

Amrutharamam is streaming on Zee5, which means there is no need to take the pain of going to the theaters to watch it. But is it worth streaming? Is it worth two hours of your time? Sadly, no.