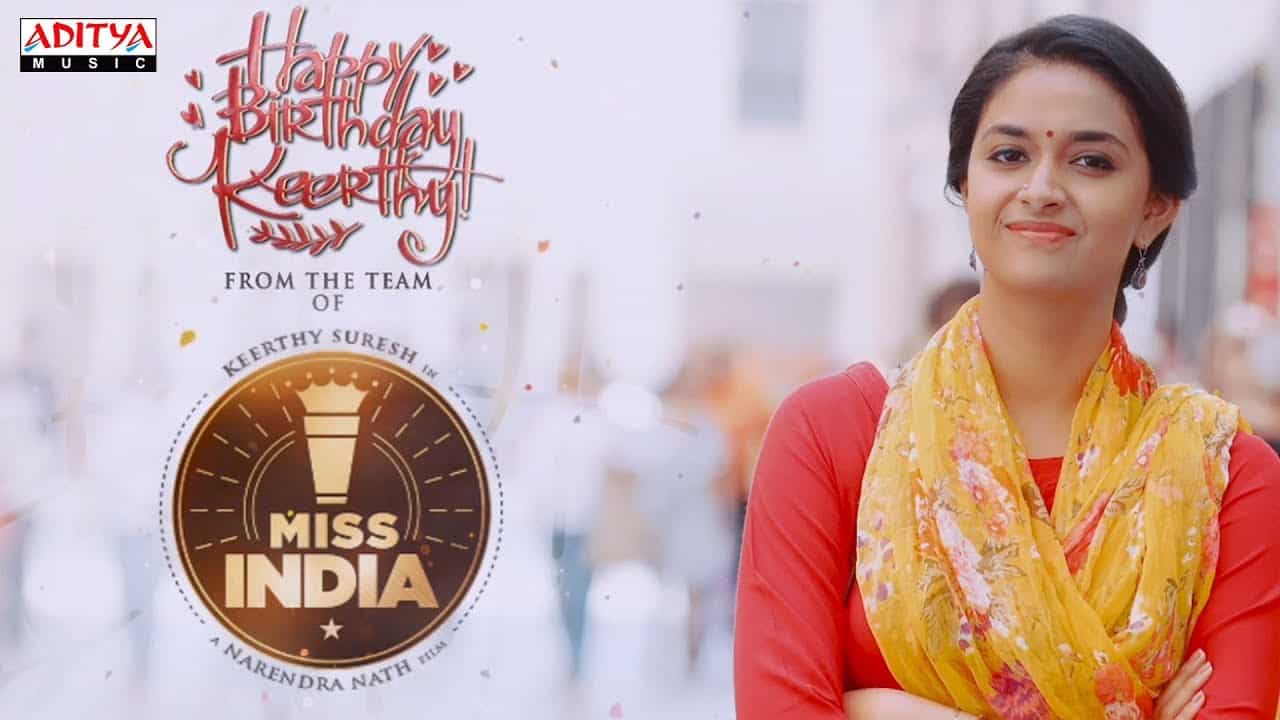 Miss India is the latest film from Tollywood to skip theatrical release for OTT release. It is sure to grab attention with popular actors like Keerthy Suresh, Jagapathi Babu, Nadhiya and others playing principal characters. But Miss India ends up as another disappointment in the trend of direct to digital releases.

Manasa Samyukhtha (Keerthy Suresh) dreams of becoming a successful businesswoman from her childhood itself. She wants to make the Ayurvedic tea recipe of her grandfather famous and starts tea business in the US. The film is all about her journey towards making her dreams come true against all the odds.

Keerthy Suresh is so talented that she makes some of the most ridiculously written scenes seem reasonable. However, the writers have the upper hand as Keerthy also couldn’t save this utterly disappointing film. Jagapathi Babu has played similar characters in many films, but never looked so clownish before. Naveen Chandra plays a pointless character like many other well known actors in the film. Talented veterans like Nadhiya and Naresh also seemed out of place and clueless in many scenes. Rajendra Prasad’s character only appears sensible, but it lasts only for a few minutes. Poojitha Ponnada, Divya Sripada and Kamal Kamaraju were seen in key roles.

Narendra Nath’s intentions are good. He wanted to make a movie about a strong woman who will never stop from achieving what she is dreaming of. But the director somehow makes a messy mass movie with needless elevation scenes and silly masala episodes that hardly serve the purpose of the movie.

Thaman’s music is impressive. There is little scope for songs, but he has scored a couple of very good songs and his background score helped in lifting some mediocre scenes too. Cinematography is decent. Dialogues are preachy and mostly senseless. Editing is okay. Production values are top notch as the producer didn’t compromise on the visual quality on any front.

Miss India has a familiar plot where an underdog protagonist reaches the goal against all odds. Films like these usually have male protagonists, but Miss India has a female protagonist and that didn’t stop writer-director Narendra Nath from treating it like a regular masala fare. Unfortunately for him, Keerthy Suresh ain’t Vijaya Shanthi and the movie isn’t released in single screens.

One would expect to see an inspiring tale of a woman who has become a successful entrepreneur coming from an orthodox middle class family looking at the opening sequences. But the writing lets the film down and keep our expectations in check with some pointless melodramatic sequences that happen like there’s no tomorrow. Despite such disastrous episodes we would expect it to pick up after the protagonist lands in the US.

A lot of time is wasted on a pointless romance track between Naveen and Keerthy that only delays the film from reaching the first plot point. Almost an hour of runtime is wasted by the time the story reaches this point and the first confrontation scene between Keerthy and Jagapathi Babu will kill the hopes of redemption. The remaining film is filled with bizarre sequences that will only leave us wondering how this got an approval from Keerthy and other popular actors.

Most of the scenes make us doubt whether this is a spoof on rags to riches themed commercial potboilers. If the first half of the film is an example for shallow writing, the second half is an epitome of bad writing that makes even the best in business look like clowns. There is potential in the basic idea to be an inspirational movie on a strong willed woman, but the treatment is elementary. Realistic approach than commercial treatment would have made it a better film.

In short, Miss India is a terrible misfire that would make some of the recent OTT duds proud.