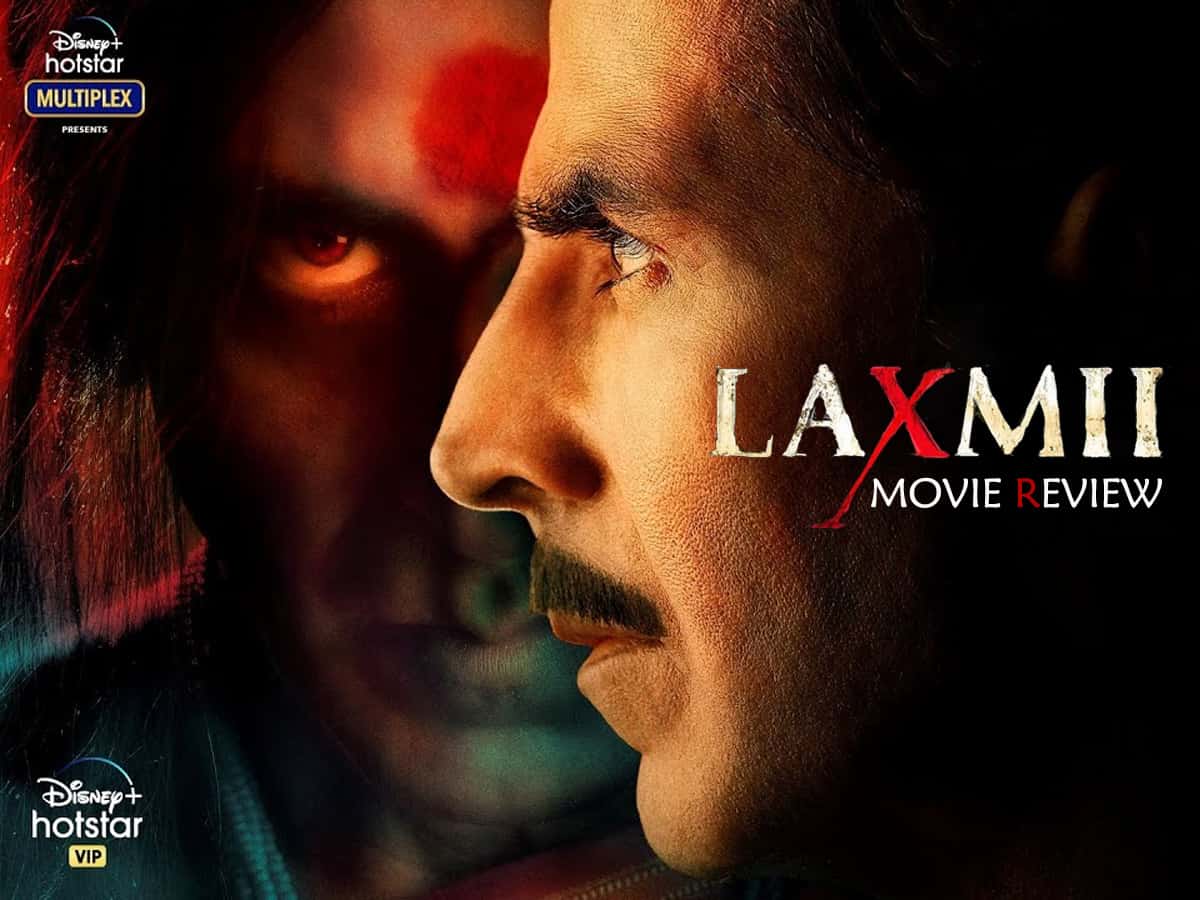 Asif (Akshay Kumar), who married a Hindu girl Rashmi (Kiara) goes to his in-laws’ house along with his wife and nephew. Asif is possessed by a ghost and starts behaving like a woman. When confronted by his wife and in-laws it is revealed that he is possessed by not one but three ghosts. Laxmii (Sharad Kelkar), a transgender and two others were killed by a politician family and Laxmii is seeking revenge.

Akshay Kumar is a versatile actor who can pull off any character, but he looked very odd and very disinterested playing the lead in this horror comedy. Apart from a scene where three ghosts come out of him, Akshay really doesn’t make an impact in Laxmii. In fact, Lawrence, an average actor, has performed better in the original. Kiara Advani’s talent is wasted in a pointless role. Among others only Sharad Kelkar makes an impression with a solid performance. Rajesh, Raza and Ashwini all looked like clowns in their respective roles.

Lawrence has proved that he is a master at making horror comedies with the Kanchana franchise. He was aided by talented actors like Kovai Sarala, Devadarsini and Sriman for the original, but he couldn’t repeat the magic in Hindi as his formula doesn’t appeal to Hindi audiences. He had to tweak the story and scenes to make them appeal to Hindi audiences and they turned out absurdly bad in the process.

None of the songs are effective except for the last one. Musical score is not up to the mark. The music director failed to set the mood with an ordinary score and the cinematography also seemed very bright for this genre. Even the scenes shot at night were brightly lit and the mediocre visual effects further dampened the feel of a horror movie. Editing is very bad with a lot of disjointed scenes.

If you take out Kovai Sarala and Devadarshini from the Kanchana franchise it wouldn’t have been so successful. Their chemistry, body language and comedic performances in the scenes where they see or confront a ghost was hilarious. Lawrence made sure to have this pair along with Sriman in every Kanchana movie. We cannot imagine any other actors in those scenes as their comedy used to bring the house down despite going overboard at times.

Surprisingly, Lawrence chose Kanchana remake to make his debut in the Hindi film industry as a director. He should have been aware of the fact that it wouldn’t work without Sarala and Devadarshini. Also, the lead role in Kanchana series was tailor made for Lawrence and it wouldn’t work with a star like Akshay Kumar. Therefore, Laxmii turned out to be a major mess on all fronts and ended up as a colossal disappointment.

Given the success of Kanchana movies in Telugu and Tamil, Lawrence should have thought of better ideas so that this horror comedy appeals to the Hindi audience as well. In fact, horror comedy has proved hugely successful in Bollywood with movies like Stree and Golmaal 4 clicking bigtime. However, those movies had strong screenplay besides enjoyable scenes and effective jump scares. There’s not even one scene in Laxmii that is either fun or scary. A movie’s screenplay cannot get any worse than this.

Only Sharad Kelkar’s episode is watchable because of a sincere performance from the talented actor. The makers were sceptical of releasing Laxmii (Bomb) through a digital platform as they had high hopes on the single screen audience. It would have bombed at the box office for sure. It’s better to watch Kanchana that is also streaming on Disney Hotstar than watching this direct to digital release.