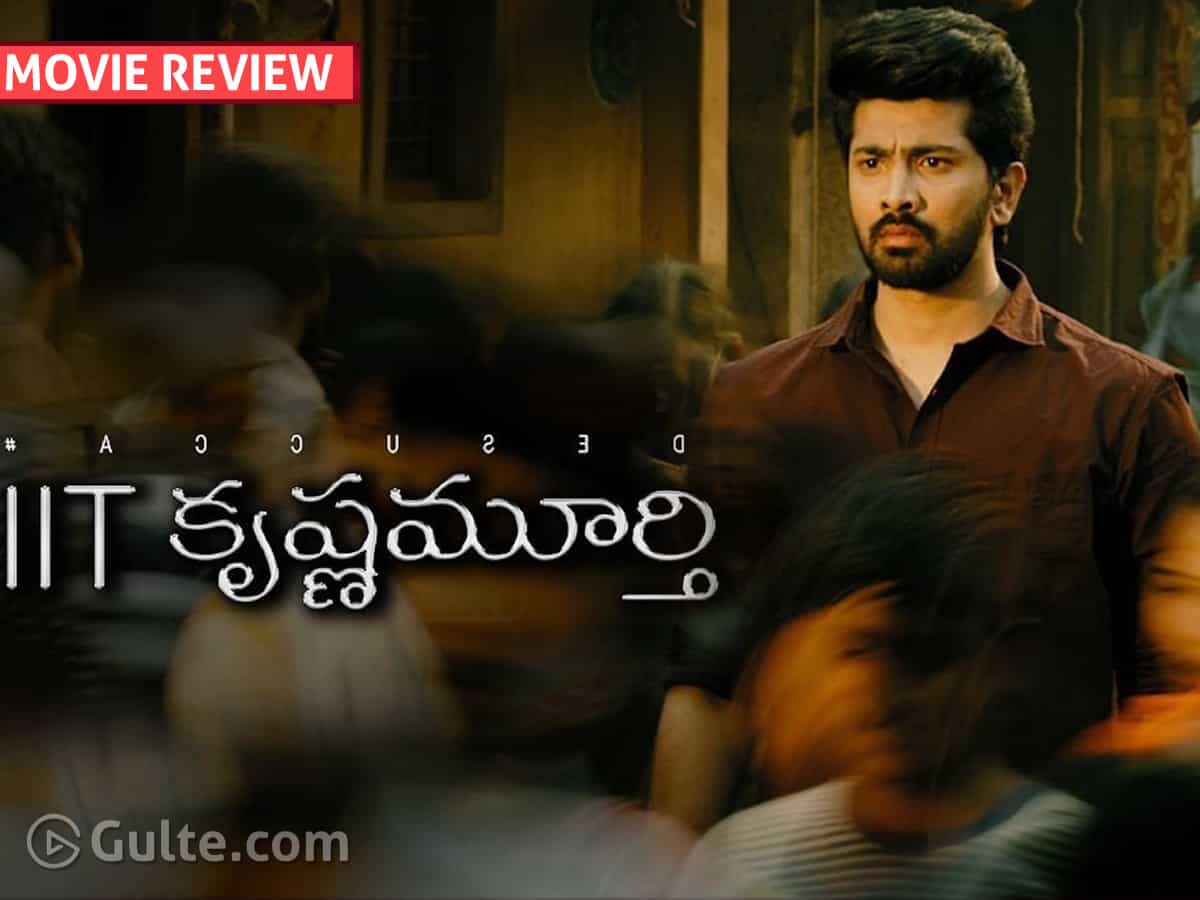 IIT Krishnamurthy is a low budget thriller that chose to skip theatrical release for digital streaming. It is now streaming on Amazon Prime Video. Despite its limited budget and unknown lead pair, the film has an engaging plot line that keeps the viewers invested in knowing the journey of IIT Krishnamurthy.

An IITian Krishnamurthy (Prudhvi) comes to Hyderabad in search of his missing uncle. The paper advertisement of a missing person catches the attention of ACP Vinay Varma (Vinay Varma). He is an honest cop but has his doubts on Krishnamurthy’s search for his uncle. Krishnamurthy is attacked by unknown persons when Vinay starts investigating the missing person. Startling truths about the case surface as they dig further.

Prutdhvi Dandamudi is good looking and his performance is decent. Maira Doshi is expressive but her character is badly etched out. Vinay Varma plays a pivotal role and he is good. Anand and Satya are good in the supporting roles.

Director Sree Vardhan’s screenplay keeps us engaged when the focus is on the actual plotline. But the director tried to insert many things that are absolutely not needed for such a mystery thriller. First half is loose with many gaps, but the second half is engaging as we get to know more details of what the film is about. Background score and cinematography are decent for a low budget thriller.

The first scene where the heroine decides to bunk college to meet her lover is totally out of place. Director desperately tries to start it on a fun note with a bizarre intro scene of comedian Satya. Things get interesting once Krishnamurthy meets ACP and tells him about his missing uncle. However, the director keeps on deviating from the actual plot for the sake of unneeded romance track that doesn’t really serve any purpose to the film.

This romance track also is the reason for a couple of misplaced songs that disturbs the mood of the film. Besides romance, the director also tries to insert comedy that fails to impress. Vinay Varma’s character was supposed to be an interesting one like Jagapathi Babu’s in Anukokunda Oka Roju, but bad writing doesn’t let it shine. Despite the shortcomings, the film keeps the viewer invested in the story due to mystery elements.

Second half is better as there are less deviations compared to the first half. Whole plot is revealed in a two scene conversation that takes place in two places at a time. Director could have opted for better narration to give that high after the twist is revealed. Don’t read beyond this as it may spoil the twist for you. The film’s plotline is interesting but is somewhat similar to that of Vidya Balan’s Kahaani. All in all, IIT Krishnamurthy is a passable thriller that can be watched in your free time.