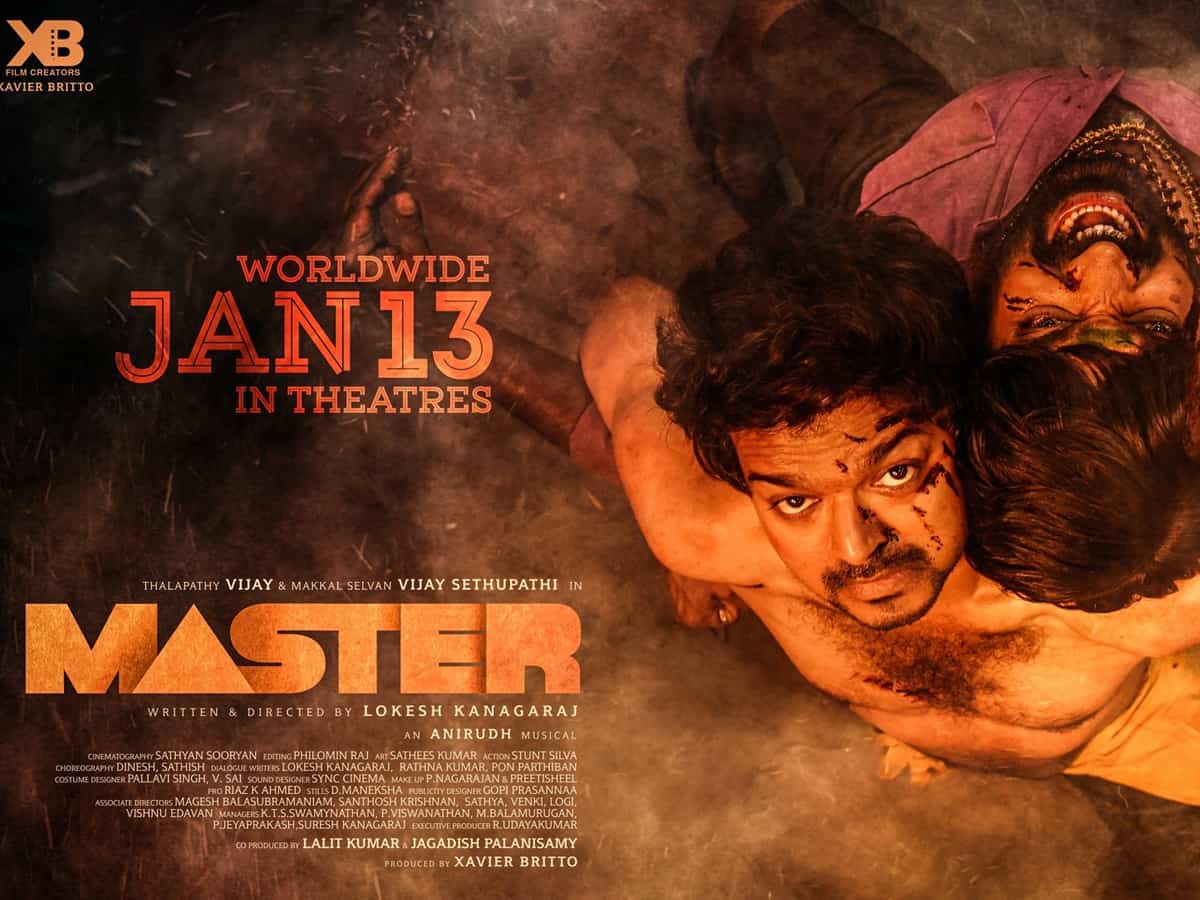 Tamil film Master grabbed the attention even in Telugu States as Vijay and Vijay Sethupathi were pitted against each other. Also, Lokesh Kanagaraj, the director who made a brilliant action thriller Khaithi was another reason for the buzz around Master.

JD (Vijay) is a college professor who is liked by all his students but the management dislikes him because of his bad habits. He is sent to a juvenile home as a temporary tutor where the young kids and teenagers are used for the criminal activities done by a ruthless goon Bhavani (Vijay Sethupathi). JD has to confront Bhavani and set things right for those kids.

Vijay is as stylish as ever. He adds some mass mannerisms to the professor character who always drinks. The way he adjust his pants and his lazy body language is good. Vijay Sethupathi steals the show as the bad guy. His presence is the saving grace in this otherwise boring action drama that drags a lot. Malavika Mohanan is just there for the sake of having a female lead. She didn’t get much to do and even Andrea plays a character that only makes her presence felt in the final action scene.

Lokesh Kanagaraj is a talented filmmaker, but he fails as a screenwriter in Master as he couldn’t fit the mass superstar Vijay into his way of storytelling. He did make an attempt to present Vijay’s film differently from the usual, but it backfired due to one-dimensional story and dragging scenes. Anirudh’s background score is very effective in a few scenes. He had a ball in the scenes where Vijay gets those mass build ups and there are far too many of those. Cinematographer maintains the dark mood in tune with the theme. Editor didn’t make any efforts to shorten the runtime that turned out to be its major drawback.

A couple of interesting scenes

Lokesh Kanagaraj tried to present Vijay in a different mass entertainer. There are deliberate attempts to show him different from his usual heroic stuff. Right from his body language to his unlikeable characterisation, Vijay definitely broke the stereotype, but the director couldn’t entirely show him as a regular guy. There are so many elevation scenes and unnecessary build up shots that not only get tiresome after a while but also eats so much of screen time.

Like Khaithi, the director doesn’t say much about the past of his protagonist. But the antagonist character has a proper backstory right at the beginning in an elaborate introduction scene. This is why Vijay Sethupathi’s character works because we know that he will do anything for what he wants to achieve. He is so ruthless that he doesn’t even show mercy on harmless kids. Also, his punch power gets proper introduction and is used in an effective way in many scenes.

First half is dedicated to establishing the main leads where a couple of scenes work. However, the college episodes and the initial scenes in the juvenile home are boring to watch. Intermission scene is effective where Vijay Sethupathi gets to say Vijay’s trademark interval dialogue ‘I’m waiting’. We expect a powerful confrontation between Vijay and Vijay in the second half, but Lokesh delays it until the climactic episode. The scene definitely is worth the wait, but it takes too long to get there.

Master would have worked if the director focused on getting the emotions right. Too much emphasis on Vijay’s style and his political aspirations may work for fans, but others wouldn’t connect much with the hero. In fact they may feel the villain is more entertaining than the hero.