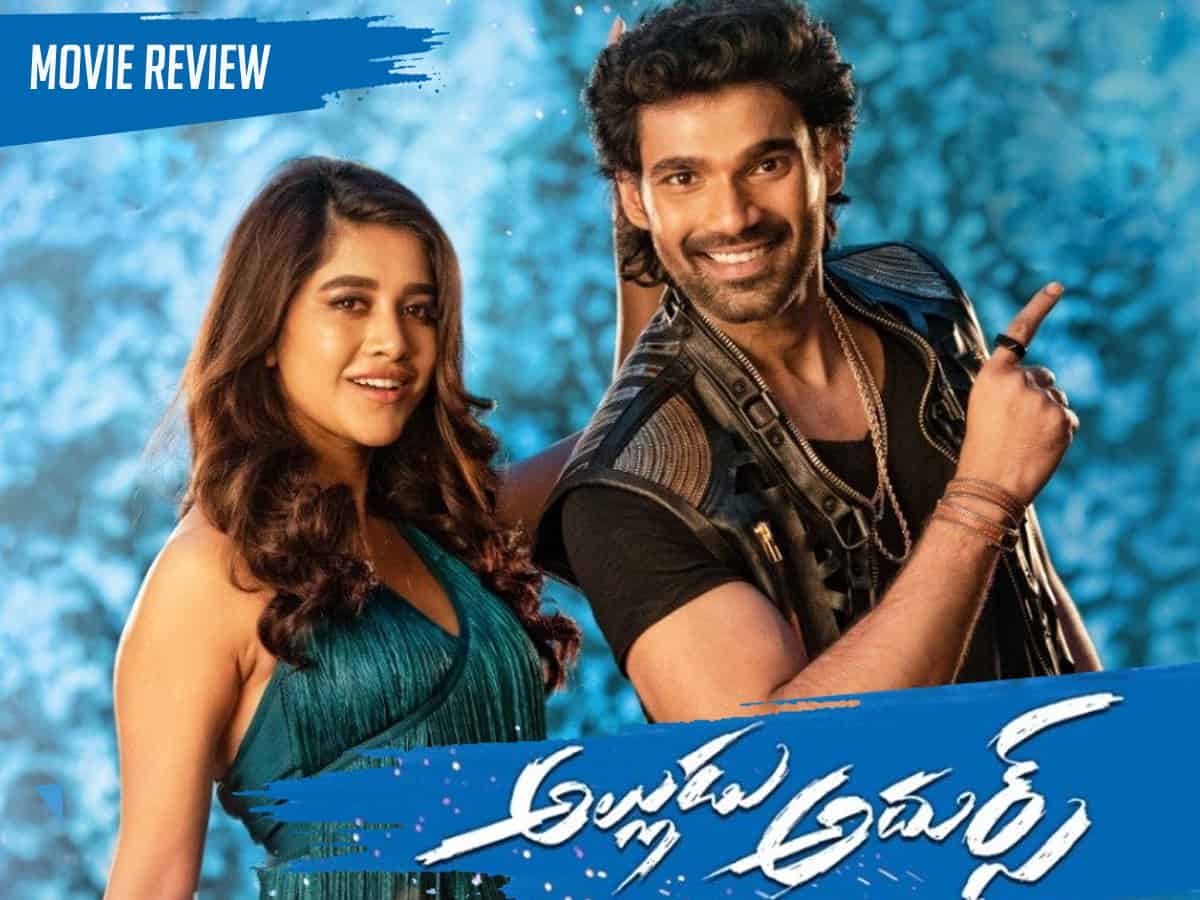 Bellamkonda Suresh said that he asked Santosh Srinivas to prepare a script like Kandireega and Alludu Adhurs turns out to be a lame attempt at rehashing that super hit comedy.

Sreenu (Bellamkonda Srinivas) falls in love with Kaumudi (Nabha) at the first sight. She is the daughter of an influential person Jaipal Reddy (Prakash Raj), who agrees to a ridiculous deal of Sreenu. Then enters Gaja (Sonu Sood) who wants to avenge his sister’s death.

Bellamkonda Sreenu gets to do mass dances and numerous fights and he is at home doing that. However, he needs to work on his timing in comedy scenes and diction. Nabha Natesh plays a tomboyish character while Anu is seen as a damsel in distress. Prakash Raj looks clueless in a badly written character. Sonu Sood appears like a villain from Sajid Khan’s film. There are many comedians playing various roles but none of them could really make the audience laugh.

Santosh Srinivas tries every trick in the book to make a wholesome comedy entertainer. He couldn’t write a proper script with a reasonable plot and simply makes his characters fool around as per his whims. He made a couple of flop films in the past, but this is his worst movie till date.

Music by Devi Sri Prasad is very ordinary. None of the songs are fresh. Camera work and production values are good. Dialogues are mindless and the editing is messy. A lot is spent on the lavish sets and fight sequences, but those cannot save this film from being a disaster.

Alludu Adhurs follows an outdated commercial template where the protagonist plays with the villains with his mind games. However, Santhosh Srinivas is aware of the fact that this formula wouldn’t work anymore. Hence, he tries to throw in every successful element into the mix hoping that it would click.

The deliberate attempt to make every scene hilarious backfired big time as ninety percent of those scenes ended up as a mess. The director didn’t leave any character to look sensible including Prakash Raj and Sonu Sood. Many of their scenes will make you wonder how did they even agree to do those.

There’s no plot continuity or character continuity in the film as the characters behave differently in each scene. Bad films also will have some scenes and dialogues that click, but Alludu Adhurs is one of those rare films where nothing goes in its favour.

Despite having so many dance numbers, innumerable comedy sequences and fight scenes, Alludu Adhurs turns out to be a tedious film to watch. Even the tried and tested ghost comedy fails to make us laugh. Climax portions are even worse with the director trying out eighties tricks to impress the audience. This is a film that should be avoided even if we get a free ticket and popcorn coupons.