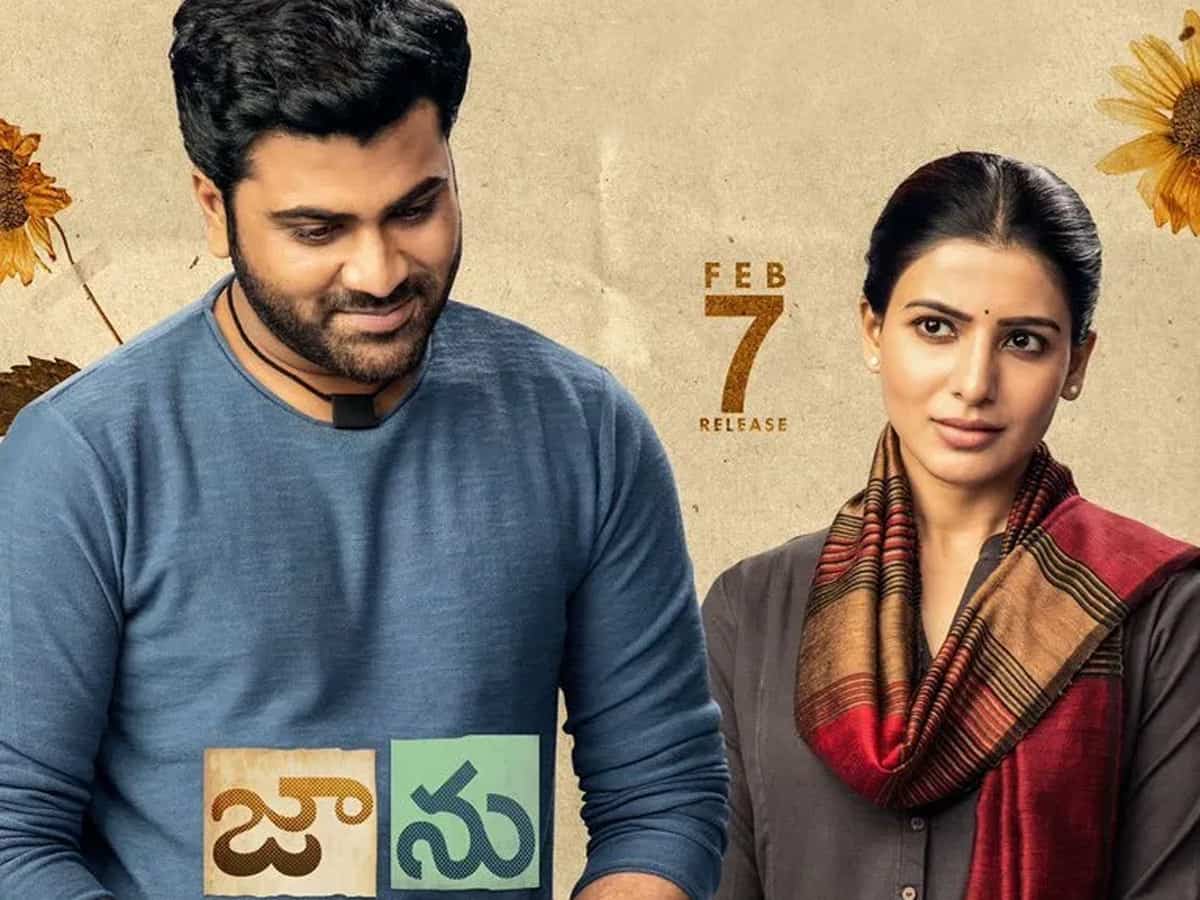 Jaanu is the remake of 96, a Tamil film that can be termed as a modern classic. Prem Kumar who directed the original directed Jaanu and he is able to get those emotional moments right though he couldn’t recreate complete magic of it.

Rama Chandra (Sharwanand) meets his high school sweetheart Jaanu (Samantha) in a school reunion and they get to spend some time together before she leaves to Singapore. They recollect their memories and think about how their life would have been if they were together.

Sharwanand plays a matured role and he has given his career best performance as Rama Chandra. He is particularly impressive in the later portions of the film. Samantha is a pro when it comes to portraying such emotional characters. She has done a tremendous job as Jaanu. Sai Kiran and Gouri who played the younger version of Ram and Jaanu respectively did a fabulous job too. Vennela Kishore, Tagubothu Ramesh and Raghu Babu are good in their respective roles.

Prem Kumar has solid content on hands and also got a lead pair that can act. Therefore, it became easy for him to remake 96 without any issue. It may not be as superior as his original, but has enough in it to tug at the heartstrings. The scenes between the younger pair and elder pair have come out very well in the remake too. There’s no problem with the nativity or other aesthetics.

Govind Vasantha’s music is situational and comes as a part of the storytelling. Songs cannot be separated from the narrative and they have helped in elevating the emotions. Background score is perfect too. Cinematography is another solid aspect about this film. Editing is neat. Dialogues are natural. Production values are very good.

Jaanu is not a regular love story. It is a film that tells the story of a couple that is separated at tender age. We already know the fate of their love and the beauty of the film lies in it. Jaanu only takes us on a nostalgic trip where the couple recollects their memories from high school. Jaanu is married with a kid and settled in Singapore. Rama Chandra cannot move on as he couldn’t get over Jaanu. How would they react when they meet again after seventeen years? It is not a candy floss romance. It is an emotional love story with some truly heart touching moments. And it is not for everyone. Jaanu appeals to only those who connect with the emotion of the lead pair.

Comparisons are ought to come with 96 as it was a classic in every aspect. Right from the lead pair to music to direction, 96 was a flawless film and it is not an easy task to remake it. Prem Kumar was assigned the job to remake his flawless original and he has made sure to keep it a faithful remake. It is almost a shot to shot remake of the original, but those who had seen the original may not be entirely satisfied with how this remake turned out. Sharwanand and Samantha have come up with sincere performances and really got under the skin of Ram and Jaanu characters respectively. It is their performance that holds the film together and there are some strong emotional scenes that would tug at your heartstrings.

It is a slow paced film as there is no one but the lead pair is on the screen in entire second half. Their conversations and emotions are the driving factor. Prem Kumar has written some beautiful scenes to make this part stand out. Scenes between Sam and Sharwa towards the climax are the highlight of the movie. Jaanu is not a regular film with some catchy songs and comedy. It is about feelings and will surely appeal to sensible audience. The star power of its lead pair should help it cross the line in terms of box office returns.