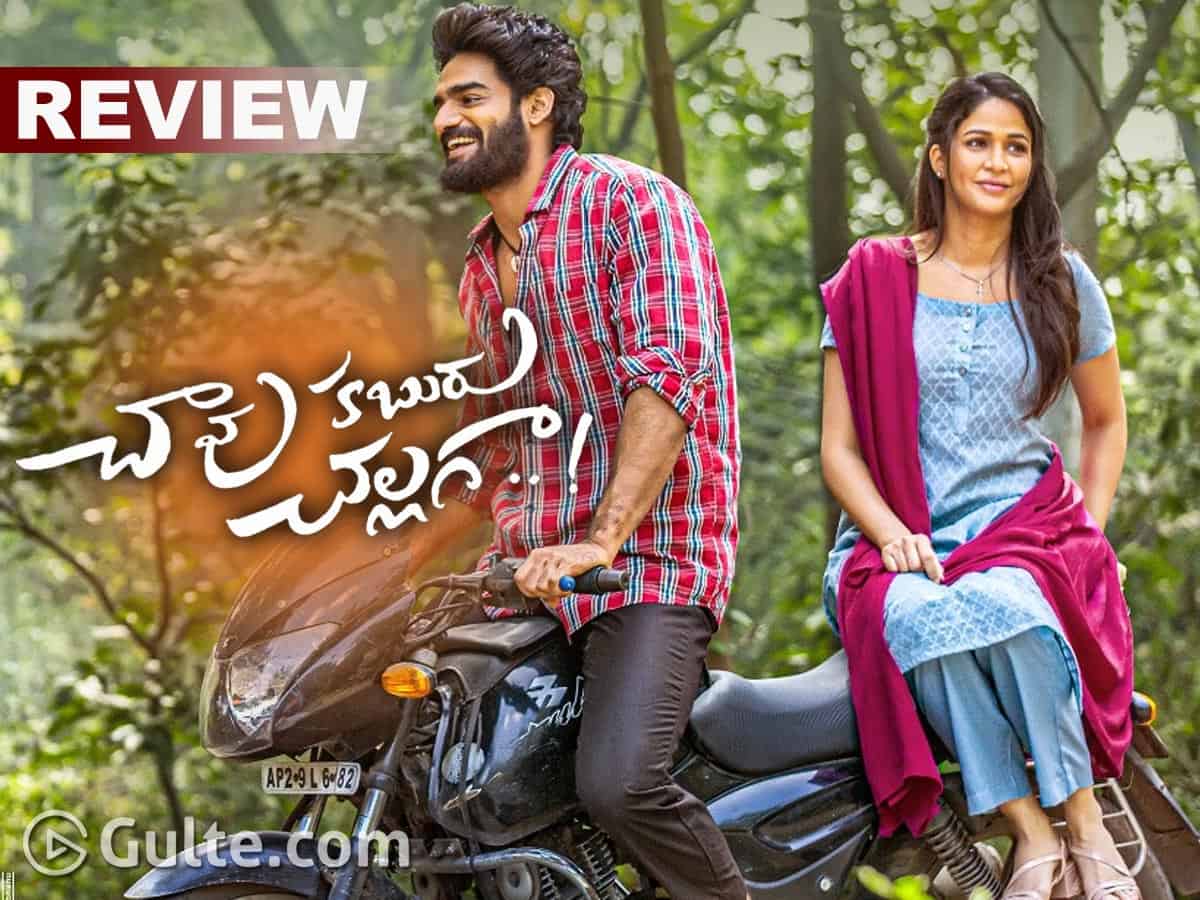 Kartikeya who shot to fame with RX 100 has teamed up with a debutante director Koushik for Chavu Kaburu Challaga. As the film is backed by Geetha Arts and a star like Allu Arjun aggressively promoted the film, it did garner curiosity. Check out what worked for CKC and what didn’t.

Basthi Balarju (Kartikeya), a hearse driver, meets Mallika (Lavanya), a widow, who lost her husband Peter. Balaraju falls for Mallika at first sight. It makes her distraught. Balaraju and Mallika are poles apart in thinking and work. Balaraju runs funeral services whereas Mallika works as a nurse in a maternity ward. Rest of the story is how Balaraju wins Mallika’s heart.

Kartikeya Gummakonda delivered an energetic performance as Balaraju. Throughout the role, he maintained the tempo which isn’t easy. However, it does become monotonous at portions. Lavanya has chosen a de-glamourous role of Mallika. She fits the role. Murali Sharma as usual does justice to his part. Aamani as Balaraju’s mother Gangamma is good. Srikanth Iyengar is alright as Mohana.

Debutante director Kaushik has picked up a story that has potential to entertain. But the treatment is what suffers. The mood of the film goes for a toss. Philosophy dominates the story and the film turns preachy at portions. Writing needs improvement. The film suffers the second-half syndrome. Jakes Bejoy’s music is fine. The placements of the songs obstruct the flow though.

Lack of entertainment
Overdose of Philosophy

The premise of CKC is impressive. How a guy involved in funeral services wins a girl working in maternity ward. On paper, it is interesting. But the problem of the CKC is that the love story between Balaraju and Mallika wasn’t addressed well. There are no sufficient scenes for Mallika changing her mind barring a scene where Balaraju convinces her that past should be a memory and cites his mother as example. While the first half of the film goes on and off, it is the pre-interval scene that brings some interest. But that is lost soon. Post interval, the film loses steam. Anasuya’s song fails to engage. It doesn’t work in favour of the film.

The treatment of the film could be done in a better fashion by turning it entirely entertaining given that the production house is known for churning out films like Prathi Roju Pandaage and Bhale Bhlae Magadivoy. But CKC traverse a different path altogether. It is a bit serious and that puts us off. The portion of Gangamma and Mohana is dragged.

Though there are a few laughs in the first half they could not save the film. Dialogues are good though some turn preachy. The climax is routine and predictable. There are lack of scenes that elevate the movie. Chavu Kaburu Challaga ends up as a lost chance.