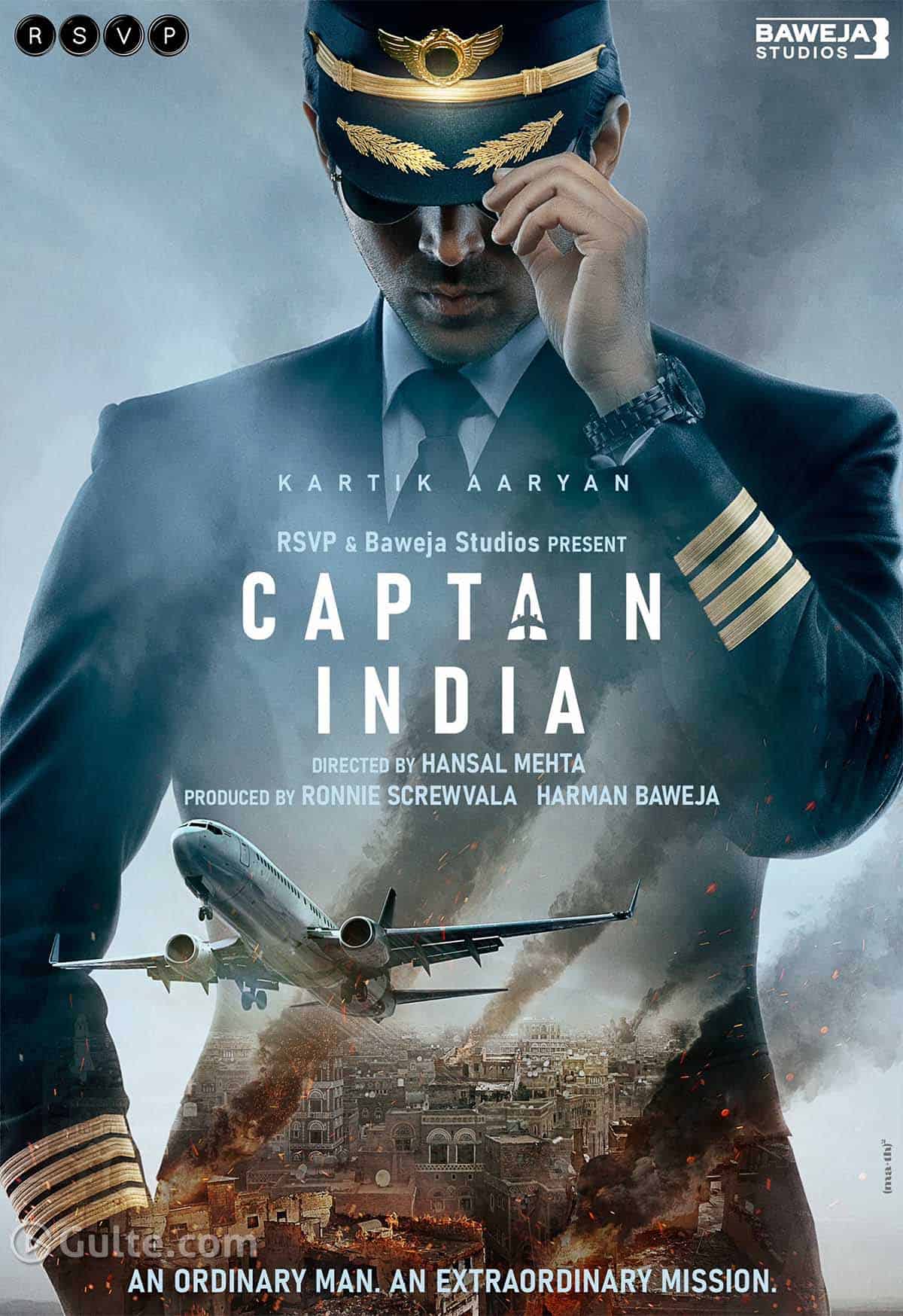 Bollywood young hero Kartik Aaryan was in headlines for many reasons. Keeping the unnecessary stuff aside, Kartik is signing films now. Currently ‘Bhool Bhulaiyaa 2’ and ‘Ala Vaikunthapurramloo’ are the two films in hand and his third is announced.

The film is titled ‘Captain India’ and the first look is unveiled. “When a man goes beyond the call of duty. With great pride and honour, we bring to you #CaptainIndia,” tweeted Kartik Aaryan.

Seen in an Air Force major uniform, Kartik makes a style statement. “An Ordinary Man. An Extraordinary Mission” is the tagline which hints that the film is based on true events. We might see Kartik riding one of the fighter jets in the film and will be high on visual effects too.

Hansal Mehta who directed the web-series ‘Scam 1992’ is directing ‘Captain India’ while the film will be produced by Ronnie Screwvala and Harman Baweja.