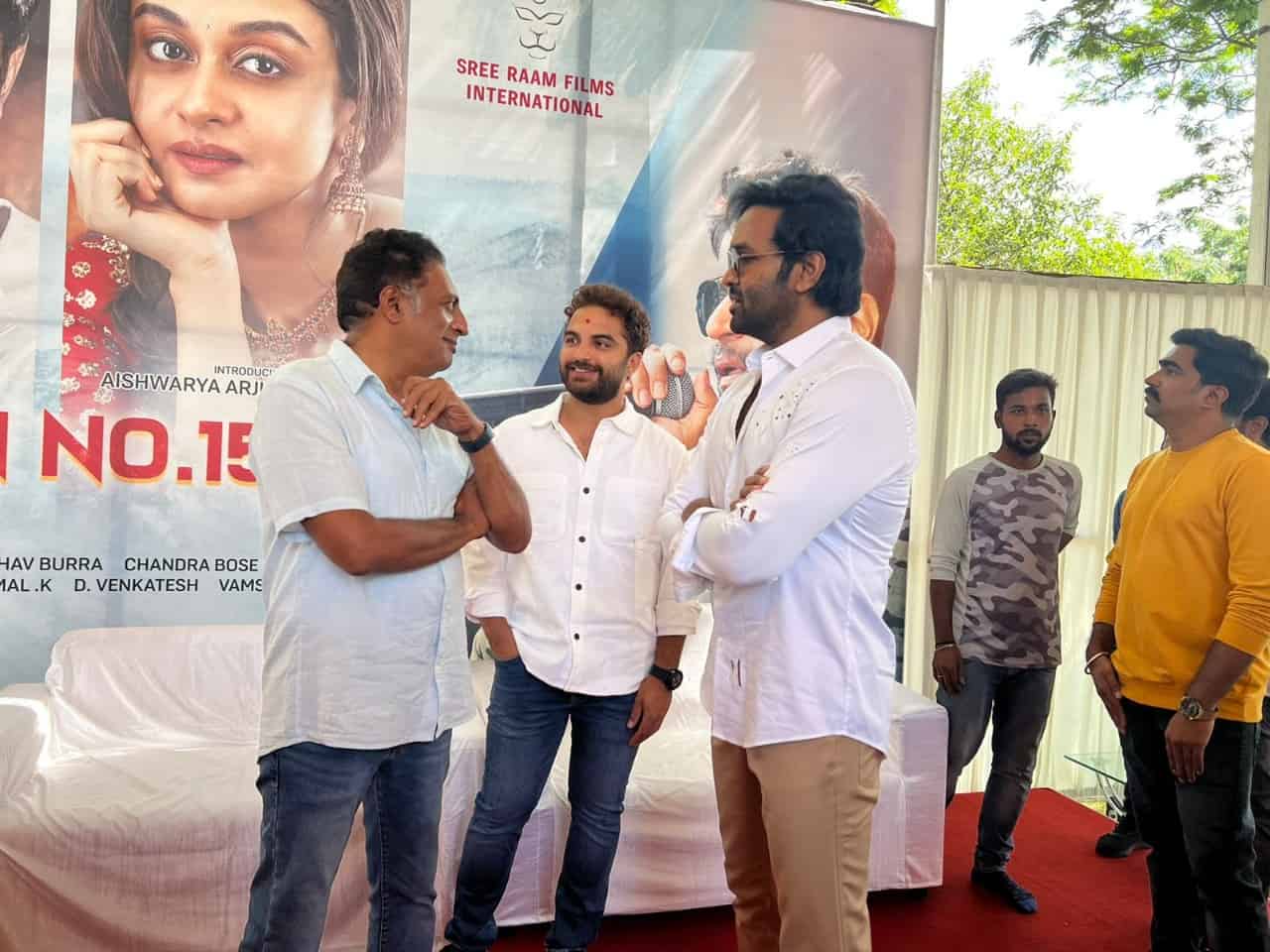 We all still remember the drama that happened during MAA Elections last year. The war of words between Manchu Vishnu’s camp and Prakash Raj’s camp ruled the headlines for more than two months. Finally, it was Vishnu who won against Prakash Raj and became the MAA president.

After the elections, the duo never met in any public function. Finally, we got a chance to see them together at the launch event of Vishwak Sen’s new film the other day.

Both Prakash Raj and Manchu Vishnu attended the event as guests. At the ceremony, they also had a casual chat with each other. This picture is now going viral all over social media. We can also see Vishwak in the photo.

The likes of Pawan Kalyan and Raghavendra Rao have also attended the event. Interestingly, even Pawan and Prakash Raj had a prolonged chat with each other at the ceremony.

Coming back to the film, this untitled project is being directed by Action King Arjun. His daughter Aishwarya plays the female lead in it.