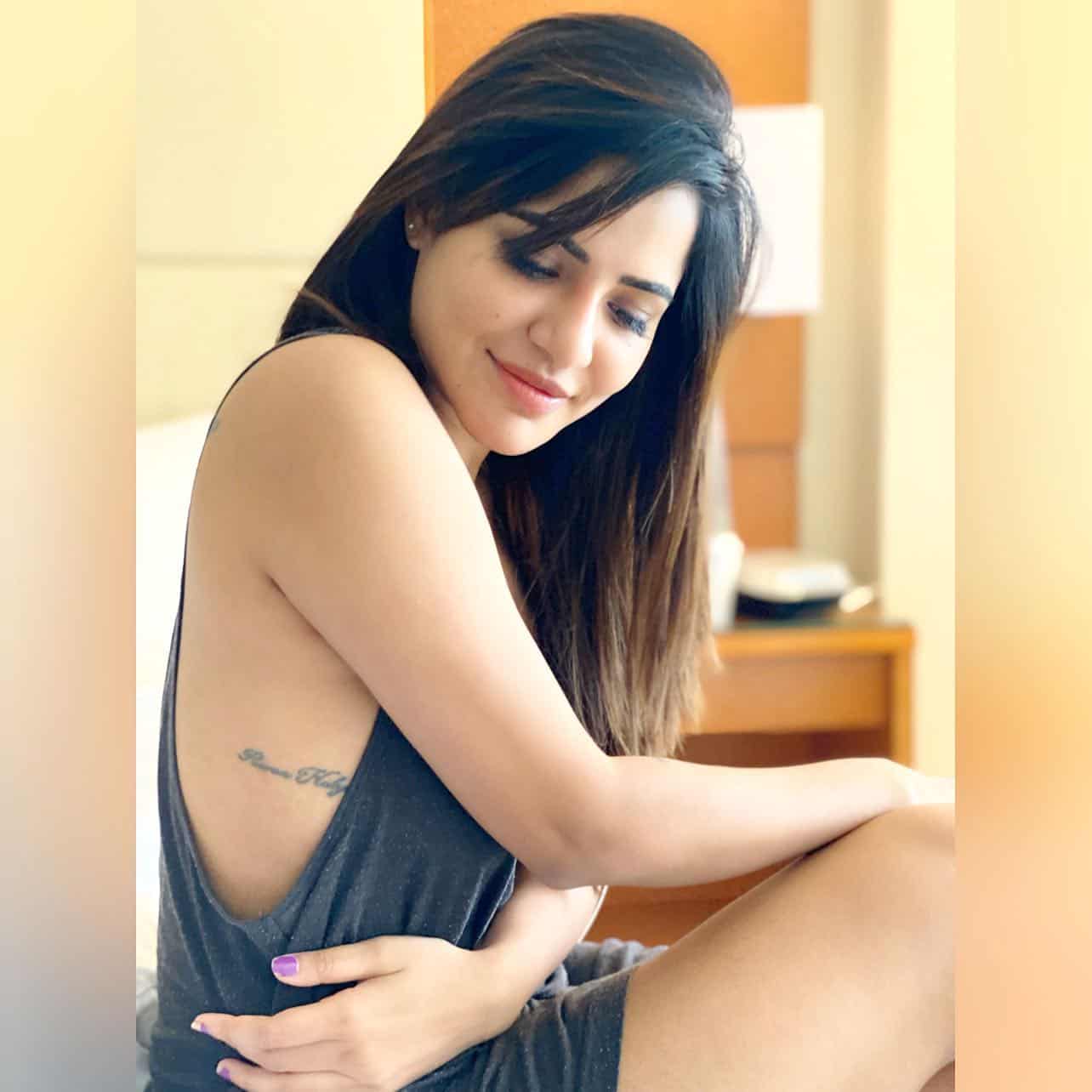 That would be a surprise as we have seen many participants of comedy shows like Jabardasth and others inking the name of “Naga Babu” on their chest, but now this hot Telugu beauty inked the name of “Pawan Kalyan”. That’s none other than Bigg Boss fame Ashu Reddy who has done this surprising act.

Other day, the actress shared a picture where she pulled off her top to an extent to flaunt the name ‘Pawan Kalyan’ that was etched in cursive writing on the side of her chest. It is impossible for many girls these days to get such tattoos daringly etched on their bodies, but one wonders why Ashu got the name etched this way. Fans getting names of their favorite stars inked is not a new thing, but a girl doing this on the private side of her body is a big thing we have to say.

While many fans appreciated and hailed her move, some went on criticizing why she went all the way to Miami to get this simple tattoo etched. Some labeled her as a fame chaser and got this tattoo inked only to grab the attention. Some even commented that she can’t even show off this tattoo to anyone even when she wanted to showcase her love for PK publicly.

All said and done, Ashu Reddy became a topic of sorts post this act, and we have to see if that will help her grab offers as an actress.