Thaman Vs DSP: That’s A Real Acid Test On Cards 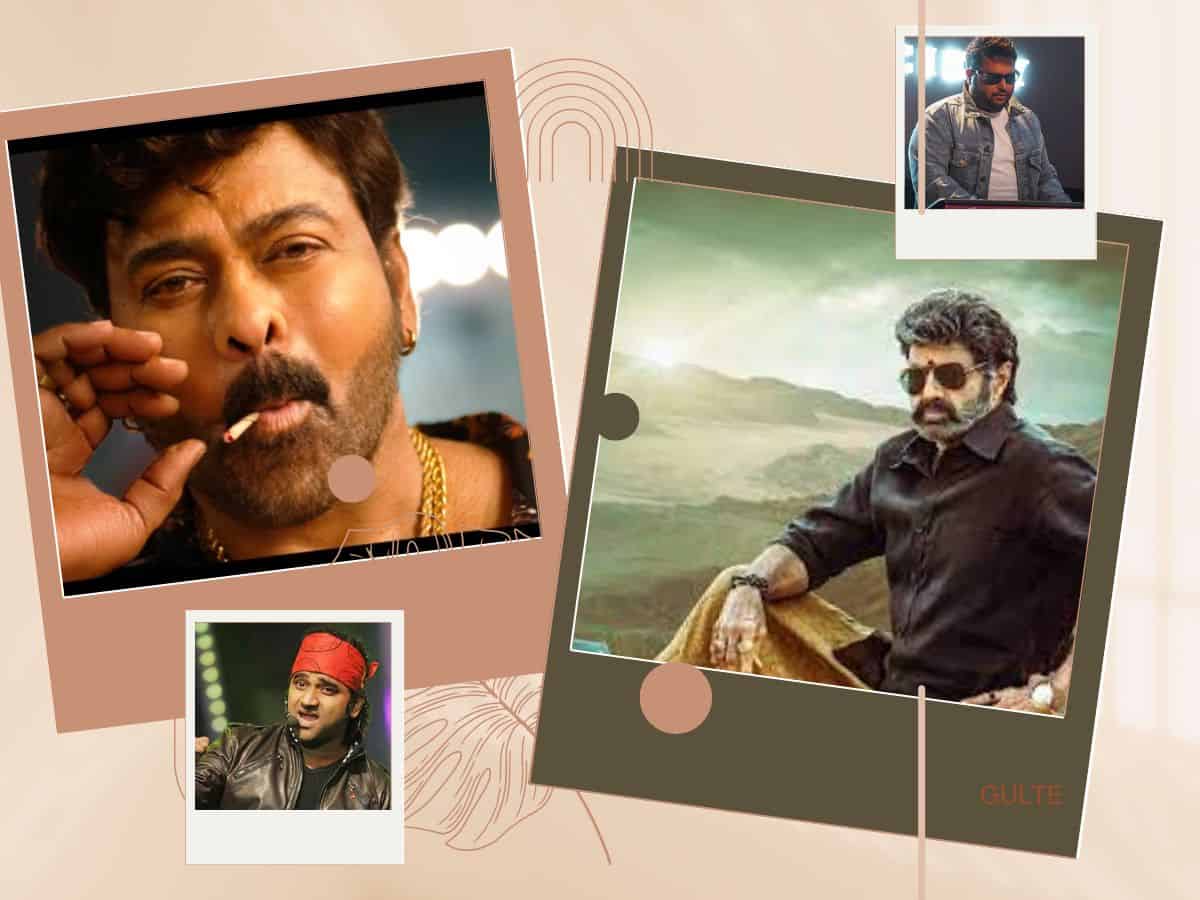 Many times at the Telugu box office, films that have scores and songs composed by super-talented music directors Devi Sri Prasad and Thaman compete with each other. However, this time, their clash is going to be somewhat special as they are going to lock horns with two mass films, #Mega154 and #NBK107.

Megastar Chiranjeevi’s upcoming Sankranthi bonanza, Waltair Veerayya, already gave a glimpse of what Devi Sri Prasad would do in theatres. The rousing background score and the sound design he has done for the title teaser of the film are just an indication of what is to come.

But the major difference comes from songs as this happens to be a Megastar’s film, movie lovers expect nothing less than foot-tapping dance numbers only. If there are 6 songs in the movie, fans expect all of them to become chartbusters.

At the same time, the title video of Balayya’s Veerasimha Reddy has stunned everyone as once again Thaman did his background score magic. As he has delivered a stunner and stood out as a third hero after Balayya and Boyapati when Akhanda was released, surely everyone is looking forward to similar magic again. But then, with DSP’s film around, surely a comparison would arrive between the songs of these two films, and Thaman has to deliver some fantastic numbers this time.

For sure, this is an acid test for Thaman and DSP now, as they shouldn’t disappoint the biggest fanbases of Telugu Cinema, and everyone is waiting for their thunderous music to take over the Sankranthi fever.