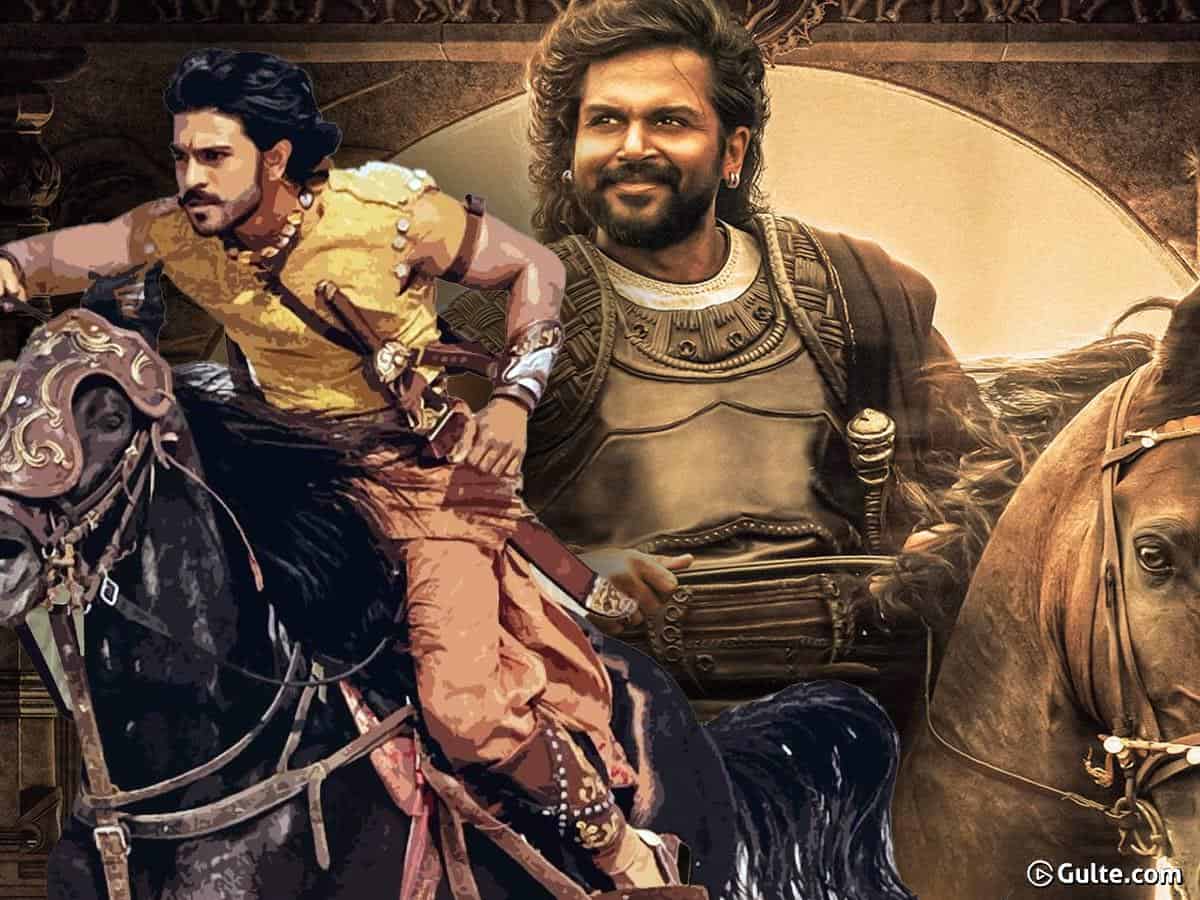 Not many Telugu folks have seen ‘Ponniyan Selvan 1’ in theatres, but with the arrival of the film on Amazon Prime video without any fee, they are now watching it in abundance. Guess what, most of the folks who have seen the film are bored by the lag parts in the movie, but then they are talking that one rumour about this film should have come true.

Apparently, it has come out earlier that Ram Charan was approached by legendary director Maniratnam to play the lead role in this movie. Actually, the role that was played by Karthi should be actually portrayed by Ram Charan, but the Telugu hero backed out after some discussions. If we look at the film PS1, it appears that the ones like Vikram, Jayam Ravi and Aishwarya Rai have all played only character roles, but Karthi is the real hero of the movie in terms of the screen time he has. That brings us to the discussion that Ram Charan should have done the film.

Even though if the film flopped in Telugu circuits, the film would have become another feather in Ram Charan’s cap as he would have done a Maniratnam movie. But then, the “RRR” superstar is said to have felt that his role and look would be no different than the Kaala Bhairava role he played in “Magadheera” movie, and then there is no character-arc for that role of Karthi in PS1.

Though PS1 hasn’t done well in Hindi and Telugu circuits, the film has collected ₹230 crores gross from Tamilnadu alone, while it made a total of ₹500 from all the territories and all langauges, as per the updates released by the producers of the movie. That’s a big thing, considering the talk of the movie.