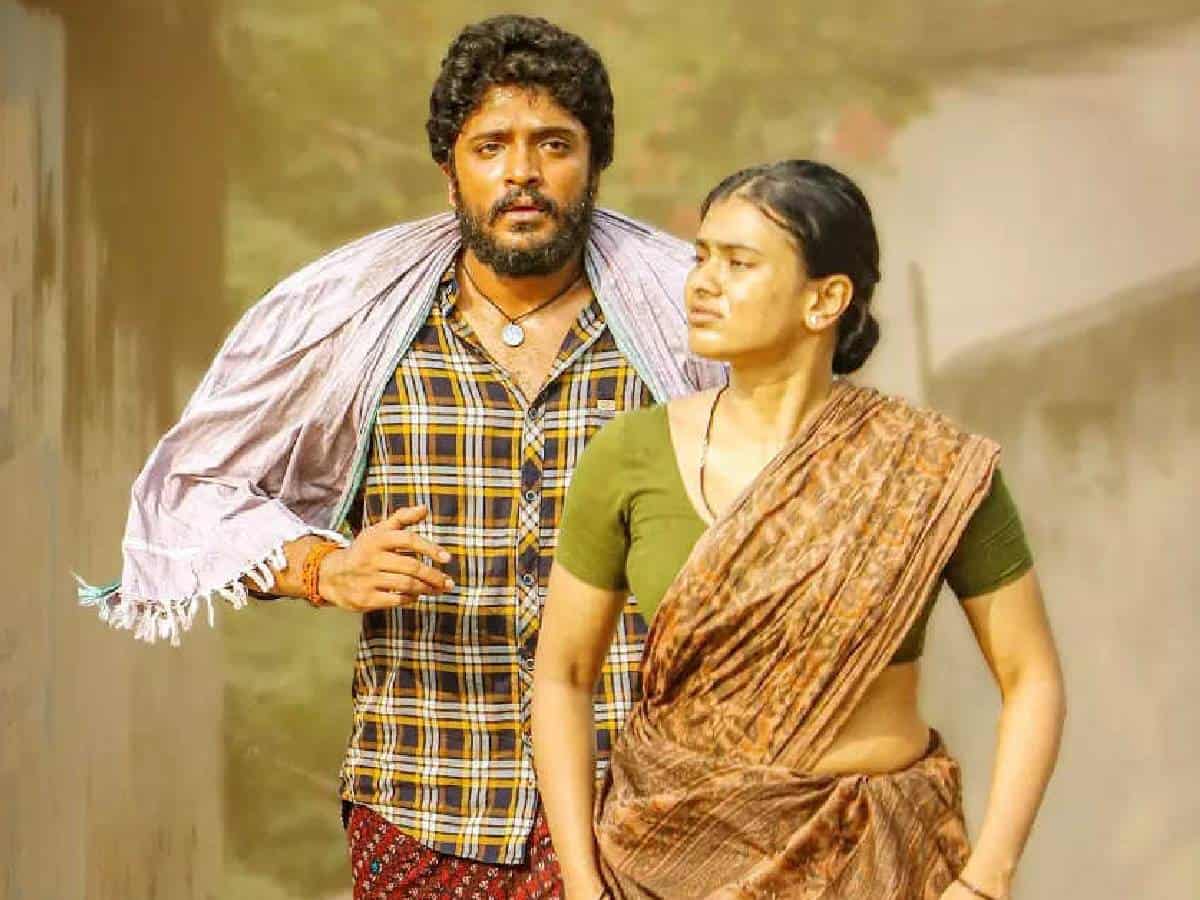 The ‘Aha Telugu’ platform has produced some good shows in the recent past which were thoroughly entertaining and utilized web series void of space quite decently in Telugu states. The latest show on it is “Odela Railway Station”, written by ‘Raccha’, ‘Gautamnanda’ fame Sampath Nandi, so naturally, some expectations were surrounded on it post the drop of its trailer, let’s see whether Sampath Nandi really succeeded as a writer or not on OTT space.

The story is set in Odela, a rural village in Telangana, where an IPS officer Anudeep (Sai Ronak) as a part of station training will be staying there, one day he comes across a crime scene, where a woman after her first night was brutally raped and murdered, that begins the investigation of a serial killer when similar incidents start to surface in the village which forms the rest of the movie, and the story also includes the plight of a married couple in that village played by Vasishta and Hebah Patel, and how these crimes affected their lives.

Sai Ronak as Anudeep was decent, he struggled a bit at dialogue delivery, but he had a good screen presence to make it up for. Idea wise “Odela Railway Station” had strong potential to become a very good movie, but Sampath Nandi with his cliched writing failed to tap it, it feels like he has written this movie with utmost laziness.He doesn’t care to bring any exciting ideas which one usually expects from a serial killer/psychopath drama, the characters in the movie are outright silly, they neither evoke empathy nor hatred, they just stay at a distance with doing foolish acts, the red herrings about Killer’s identity will evoke laughs, they would’ve worked in the ‘80s, despite the makers claiming that it’s based on true incidents that happened in Odela, not a single sequence in the movie feels real, everything looks unnatural/ pretentious.

Coming to director Asok Teja,  he should’ve suggested some changes to the outdated script that Sampath has in his hand, but no, he went on  making the movie with that, and with his poor craftsmanship Ashok Teja made the movie even worse, there is nothing in the movie that feels good about “direction”, staging of the scenes are pathetic, characters say the dialogues with a poker face, or with over-enthusiasm,
The dialogues were just information about fillers, and actors with their “overacting made them worse, Both the talented actors like Hebah Patel and Vasisht are clearly wasted in their roles and there is so much over-exposition that is just outright irritating.

The cinematography by Soundar Rajan is shoddy, a proper color grading could’ve elevated the appealing nature of this movie’s visuals, but due to poor DI and bad production values, the Visuals of the movie remind one of old B-grade movies/second-rate short films. The background score by renowned composer Anup Rubens is also disappointing, it’s too loud and terrible. Editing by Thammiraju is Okay, as the movie’s run time is a little over 1 and half hours.

Bottomline: Overall ‘Odela Railway Station ‘ is a lousy thriller that fails to evoke any emotion from us with its weak script and horrible craftsmanship.