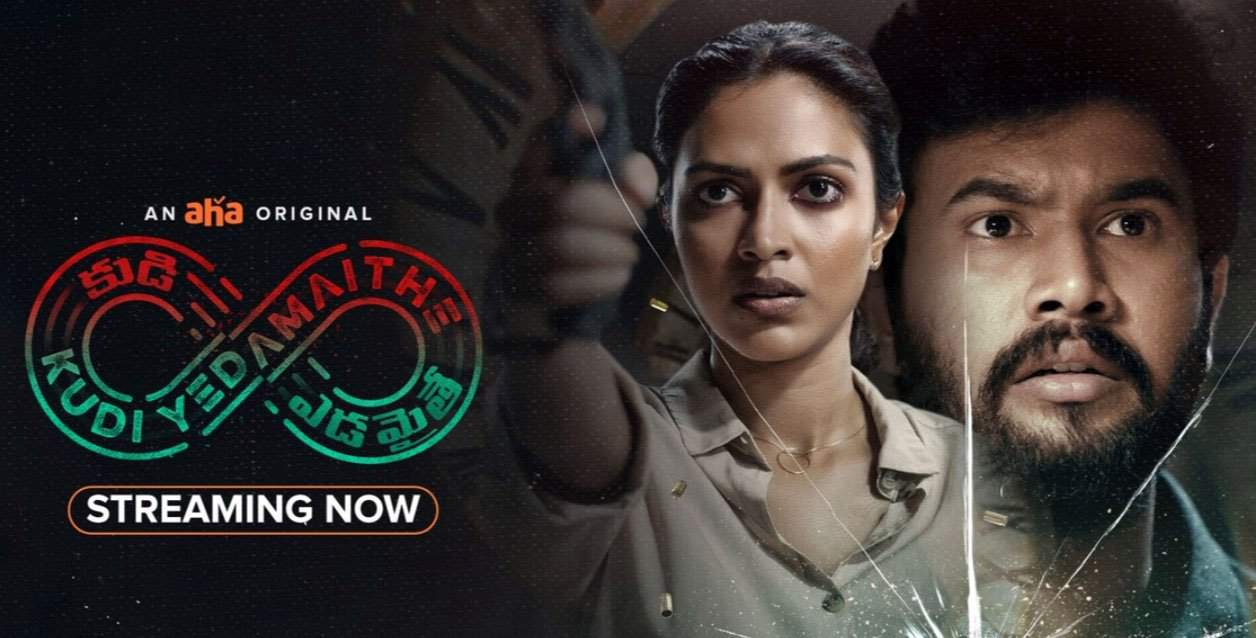 AHA has been churning out some different web series in the past and is once again out with its new series Kudi Yedamaithe. The show is directed by Pawan Kumar who is known for his hit films like U-Turn with Samantha. Amala Paul and Rahul Vijay star in this series which is now live.

The story is based on two principal characters of Aadi(Rahul Vijay) and Durga(Amala Paul). Rahul is a delivery boy and dreams of making it as an actor. While Durga is a CI in Hyderabad. Going ahead, these two characters get stuck in a time loop with the date of Feb 29 and crazy things happen to them time and again. On the other hand, there is a kidnapping case going on and both Aadi and Druga are connected to it somehow. Based on their time loop experiences, how do they meet and solve the case is the crux of Kudi Yedmaithe.

Amala Paul is a wonderful actress and can transform into any character. She does the same as CI Durga and does an efficient job. She mood that Amala creates with her character is quite impressive. The twist that is added to her character at the end of the show is also thought of well. But the show is mainly running on Rahul Vijay’s thread who is surprisingly good. The young actor gets the full scope to showcase his talent in a difficult role that needed to showcase some minute but varied expressions and Rahul, nails it. The rest of the cast is new and does their jobs at their best.

Director Pawan Kumar enters rough waters as all his projects have tough subjects and intelligent screenplay. This time, he takes the concept of time loop and sets two characters amidst it, and manages to do well. The BGM is riveting and gives a good effect to all the tense scenes. The series mostly happens in similar locations and they are lit up well by some delightful camerawork. The series is clean and does not have any vulgarity in terms of dialogues or adultery. The screenplay is quite confusing as the multilayered narration of the time loop concept is hard to understand for a common audience.

Kudi Yedmaithe is a series based on the time loop concept. It is brought up quite effectively by director Pawan and gives the audience an idea of what the principal characters are going through due to this time loop. Once this is established, the story never moves forward. The scenes are repeated not once but four to five times which gets on to your nerves in the third and fourth episodes.

But once this phase in the fifth episode gets finished, the series starts to get interesting. The proceedings that are showcased from now on have logic, clarity, and a thrill factor also. One would expect a bang of an ending but that does not happen. The performances of the lead cast help the proceedings and the climax is also wrapped with an open ending and a twist which is decent.

As the technicalities in the show are good, the narration makes up for all the mistakes that happen in the initial parts. When compared to other Telugu web series, Kudi Yedamaithe is well made and has a decent effect on the audience due to the last three gripping episodes.