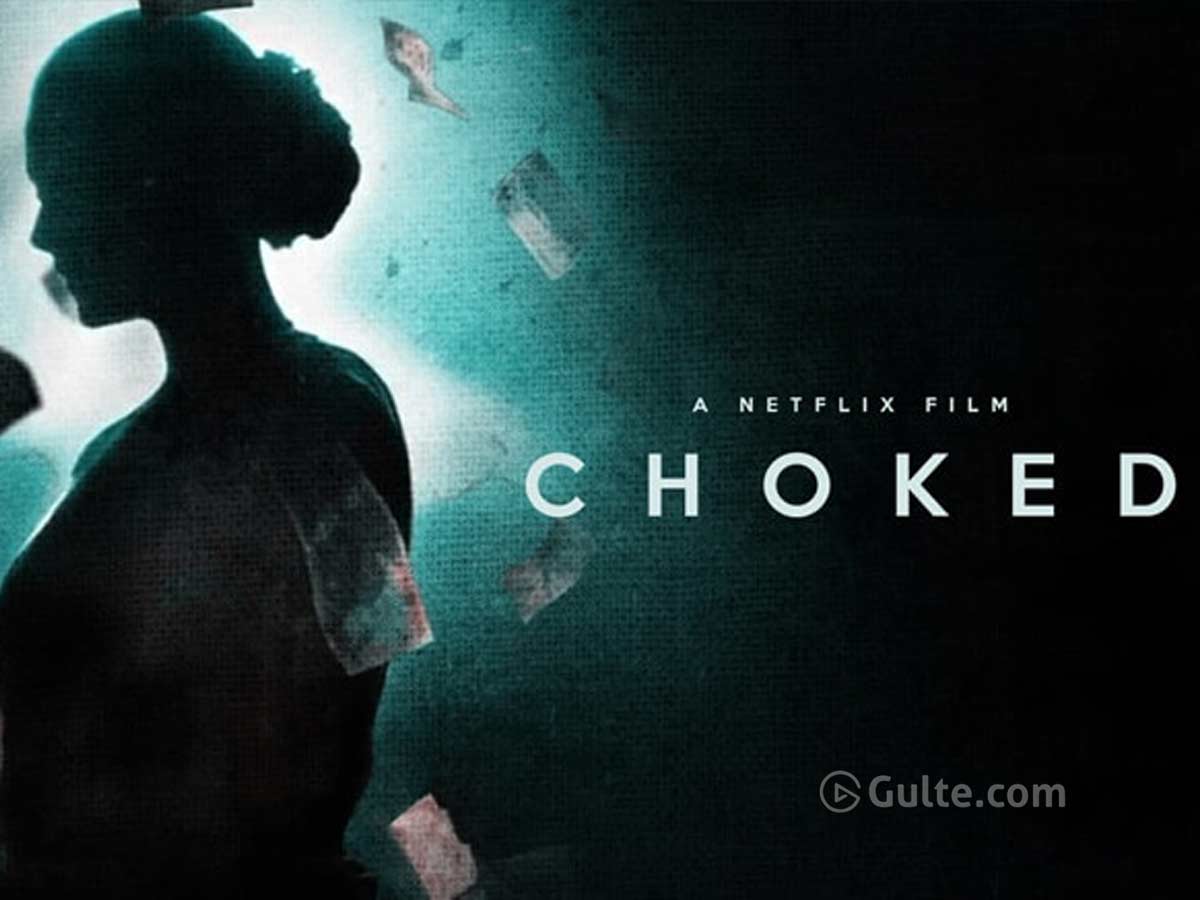 Netflix film Choked directed by Anurag Kashyap is a thriller drama set in the backdrop of demonetization. The film has a promising plot and engrossing performances, but gets derailed during its middle portions and ends on an underwhelming note.

Sarita (Saiyami) is a cashier at a Government bank and her husband Sushant (Roshan) doesn’t take life seriously. So, Sarita is the sole bread earner of their small yet struggling family. One night she finds bundles of cash popping out the drain under their kitchen sink. When she thinks the God has finally answered her prayers, PM Modi announces Rs 500 and Rs 1000 notes are ceased to be legal tender. What would she do with that cash that continues to pop out in bundles?

Saiyami Kher is a surprise package in the lead role. She plays the middle class vulnerable working class woman’s role to perfection. Anurag Kashyap should be lauded for choosing her for this role. Roshan Mathew is good and Amrutha Subhash is a natural.

Anurag Kashyap who is known for hard hitting crime dramas takes different route with Choked and delivers a film that shows a slice of middle class life in Mumbai city. There’s sly satire on how the sudden demonetization has affected many lives. Anurag sets the tone for the film well with some brilliantly shot scenes. However, his direction appears almost clueless when the demonetization takes the center stage.

The production design is terrific and the camera work is excellent. Sound design is superb. Background music is fine. Dialogues are good. The film has a limited star cast and is made on a limited budget, but it is technically sound and is on par with any mainstream Bollywood movie in terms of the quality of filmmaking.

A middle class woman finding bundles of cash out of nowhere and that cash suddenly becoming useless one night is an exciting idea. Choked trailer has raised expectations on the film and with Anurag Kashyap at the helm, film lovers expected it to nothing short of a great thriller with sharp satire on demonetization.

Choked takes its time to establish the routine of its lead character. Her family, their fights, her job and her bonding with her neighbors everything is shown in detail until we find ourselves in Sarita’s shoes. She is a failed singer, who couldn’t meet expectations on the biggest stage. She always thinks about how her life would have been if she hadn’t ‘choked’ on the stage.

She is tired of her ‘manageable’ income and ‘irresponsible’ husband and when everything looks grey and gloomy a miracle happens. Money keeps coming out of the kitchen drain at a particular time at night and she starts to smile again. But the happiness is short-lived as the money could become useless in no time.

It is an exciting turn of events and this is where Choked script literally chokes! We want to see how Sarita manages to overcome the hurdle. But Anurag Kashyap shows something else. The focus suddenly shifts from the main lead and her emotions to how demonetization is affecting the lives of commoners and how the rich are still finding a way around it.

The director gives it a happy ending so that the ‘feel good’ factor is intact, but as a film Choked ends up as an underwhelming experience that becomes a tad tiresome to watch as it nears the third act. You may give it a try for its backdrop, performances and a few noteworthy moments.