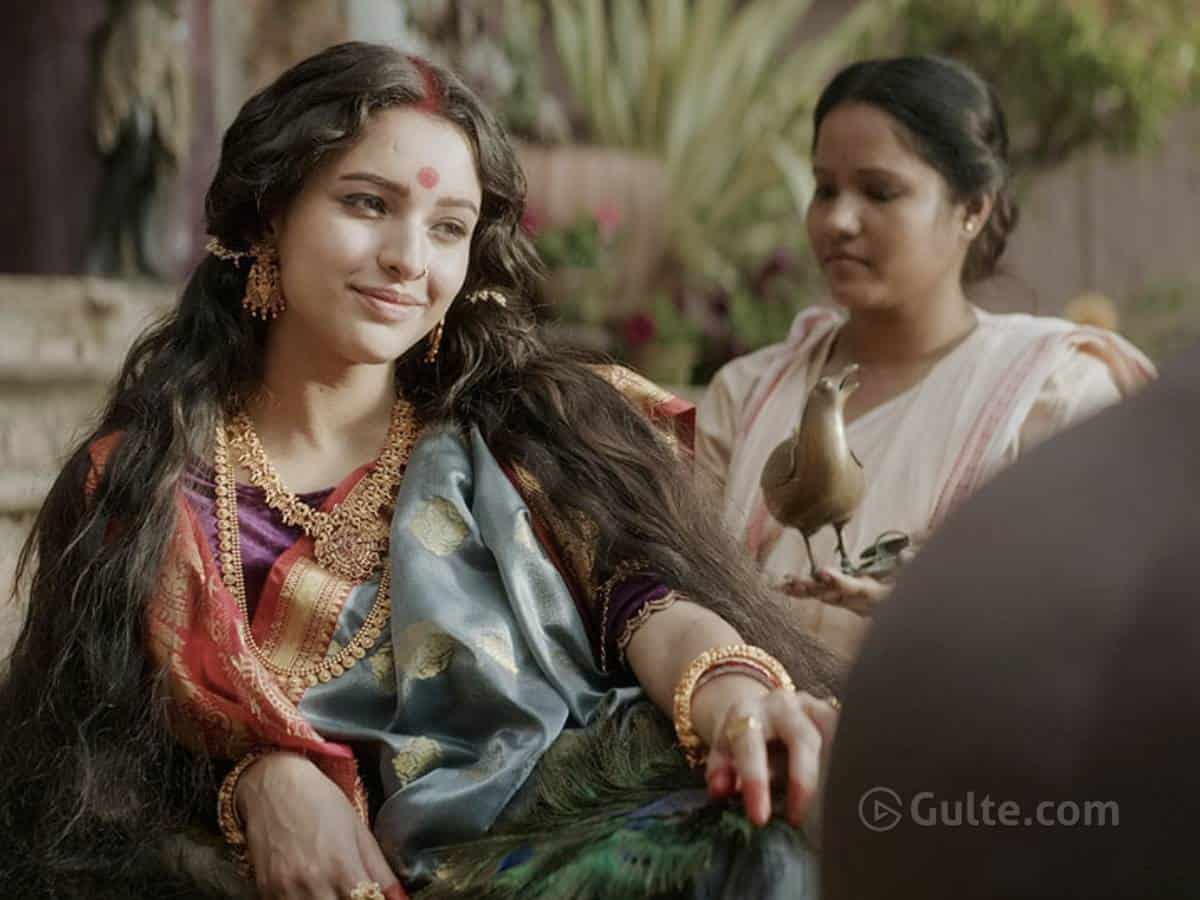 Anushka Sharma’s Clean Slate Films has been producing content rich series and movies. Bulbbul produced by them raised a lot of curiosity with its intriguing promos.

Bulbbul (Tripti) gets married to Thakur (Rahul Bose) as a child. She develops a bond with Thakur’s younger brother who is closer to her age. This leads to many problems in Bulbbul’s life that will eventually turn her into something else.

Tripti Dimri is superb playing the titular role. Her smile, her walk, her demeanour and everything about her will leave you awestruck. Paoli Dam plays a significant role and she is as fabulous as ever. Avinash Tiwary is charming and Parambrata Chattopadhyay shines in a role that is supportive of Bulbbul. Rahul Bose is impressive in spite of getting limited screen space.

Anvita Dutt makes it a visual feast although the story is very simple and predictable. There are some powerful scenes that show the brilliance of the filmmaker. The entire sequence of the violence and horror that Bulbbul’s character goes through is terrifically envisioned and executed.

Amit Triwedi’s music takes us into the world of Bulbbul and Siddhardh Diwan’s camera makes every frame look like a painting. The wonderful production design is another great asset. Editing is adequate. Production values are superb. Kudos to Anushka and her team for giving resources for bringing such ideas to life.

The film is all about Tripti Dimri, who has brought Bulbbul’s character to life. A vulnerable and timid teenager turning into a matriarch is wonderfully portrayed by Tripti. The plot is simple and the screenplay is very predictable, but Tripti’s performance is what keeps you invested in knowing the fate of Bulbbul.

Bulbbul is introduced as a kid and is shown as the matriarch after some time. The journey of her character and the horrors that she had faced are shown in spaced flashbacks. This non-linear narrative is what adds to the mystique around Bulbbul’s character. However, the third act doesn’t deliver the desired punch due to a weak and predictable ending.

Thankfully, the short runtime ensures to keep us attentive despite the predictability. More than the story and screenplay, Bulbbul’s awesome production design, splendid visuals and good performances will make a strong impression and take us into a whole new world set in the nineteenth century.

Although the film deals about the atrocities faced by the women, right from child marriage to child sexual abuse, there are other things that makes it special. Anvita Dutt shows how women despite being suppressed by men try to play games with their counterparts for survival. Both the primary women characters played by Tripti and Paoli are given a proper arc, but there is not much insight into the male characters.

Bulbbul combines mythology, folktale and fantasy that is brought to life with its atmospherics, thanks to the spectacular work done by Amit Trivedi, Siddhardh Diwan and production designer Meenal Agarwal. If you are looking for something novel from usual, don’t look elsewhere. Bulbbul is a fine watch despite a few shortcomings.