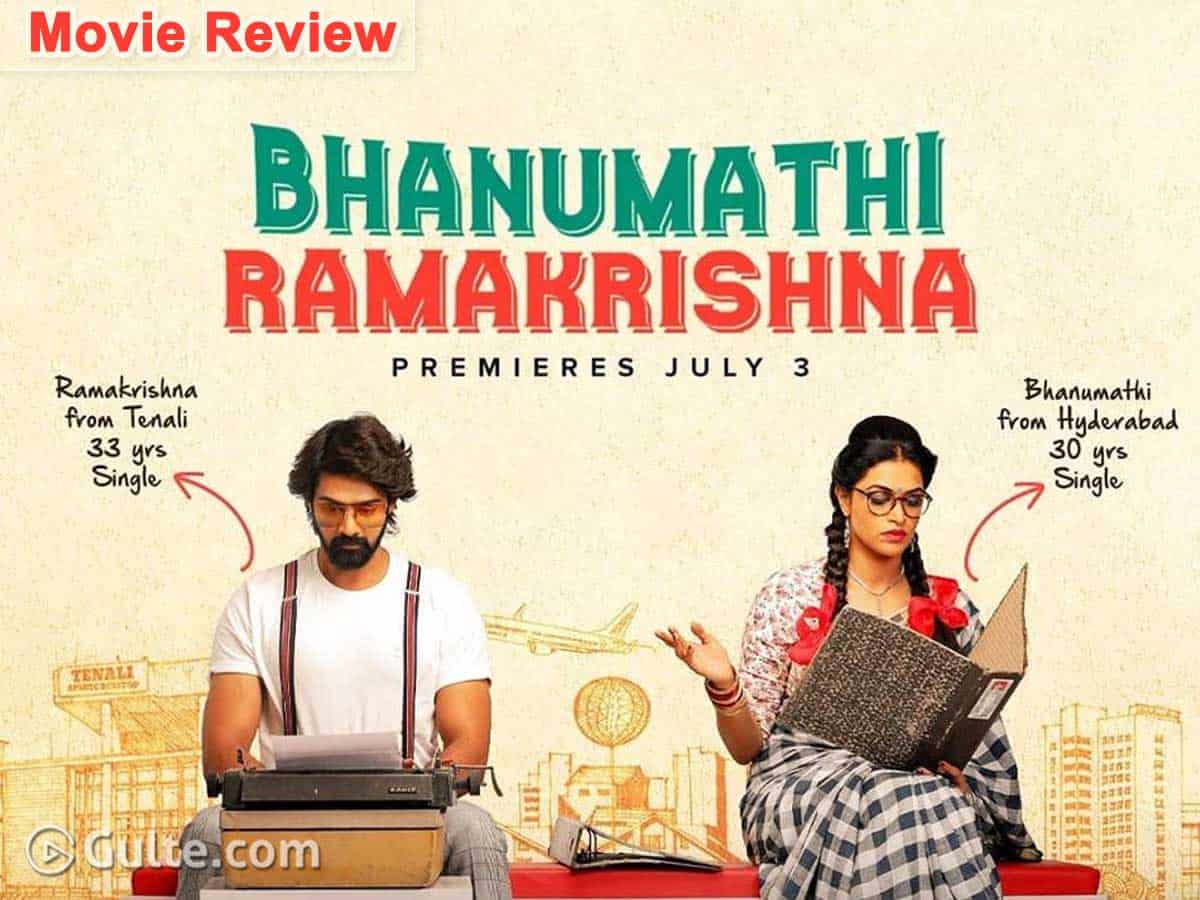 Here is another direct to digital release from Tollywood. Bhanumathi & Ramakrishna directly dropped on the Streaming platform Aha. It is an urban love story between two matured persons.

Bhanumathi (Saloni) is a thirty year old independent woman who breaks up with her boyfriend with whom she is having a long distance relationship. Then comes a village guy Ramakrishna (Naveen) as her colleague. They both are poles apart, but get attracted to each other. The film is about how they overcome their characteristic differences and accept each other as they are.

Naveen Chandra is a fine actor and finally gets a role that does justice to his potential. He is at ease playing the naïve village guy. Saloni Luthra also does a fine job playing Bhanumathi, a character that is relatable to urban working women. Viva Harsha steals the show with his one liners. Raja is okay as Bhanumathi’s ex. The performance of the couple that played the roommates of Bhanumathi is passable.

Srikanth Nagothi sets the film in a corporate office and uses the backdrop to good effect. The core of the film lies in portraying the emotions of two matured persons and the director is bang on in getting them right. However, the slow-paced screenplay and the lack of proper conflict keep coming in its way. Music is easy on ears and cinematography is okay. Dialogues are good. The film is made on a very low budget that is clearly evident in many scenes.

Bhanumathi is in her thirties and she is having mood swings as she had a breakup with her boyfriend. Ramakrishna is a village guy who can’t speak English and joins as her assistant in a software company. Both the characters are like opposite poles, but they get attracted to each other. The process of Bhanumathi and Ramakrishna falling for each other is shown in a calm and composed manner that we start liking them and travel with them.

The director sprinkled humor without getting out of line. He used the characteristic flaws and their issues to generate humor. Harsha’s character pulling Saloni’s leg by making fun of her age is one of the best moments in the film. There are many more subtle humorous moments in the film that make Bhanumathi & Ramakrishna a pleasant watch.

The film has a very short runtime of around ninety minutes. However, it feels dragged as it gets to the final act as the usual clichés are thrown into the mix. The climax seems very hurried and has that ‘short film’ vibe to it. That said, Bhanumathi and Ramakrishna has endearing moments and entertaining conversations that will make it an enjoyable fare on a whole.