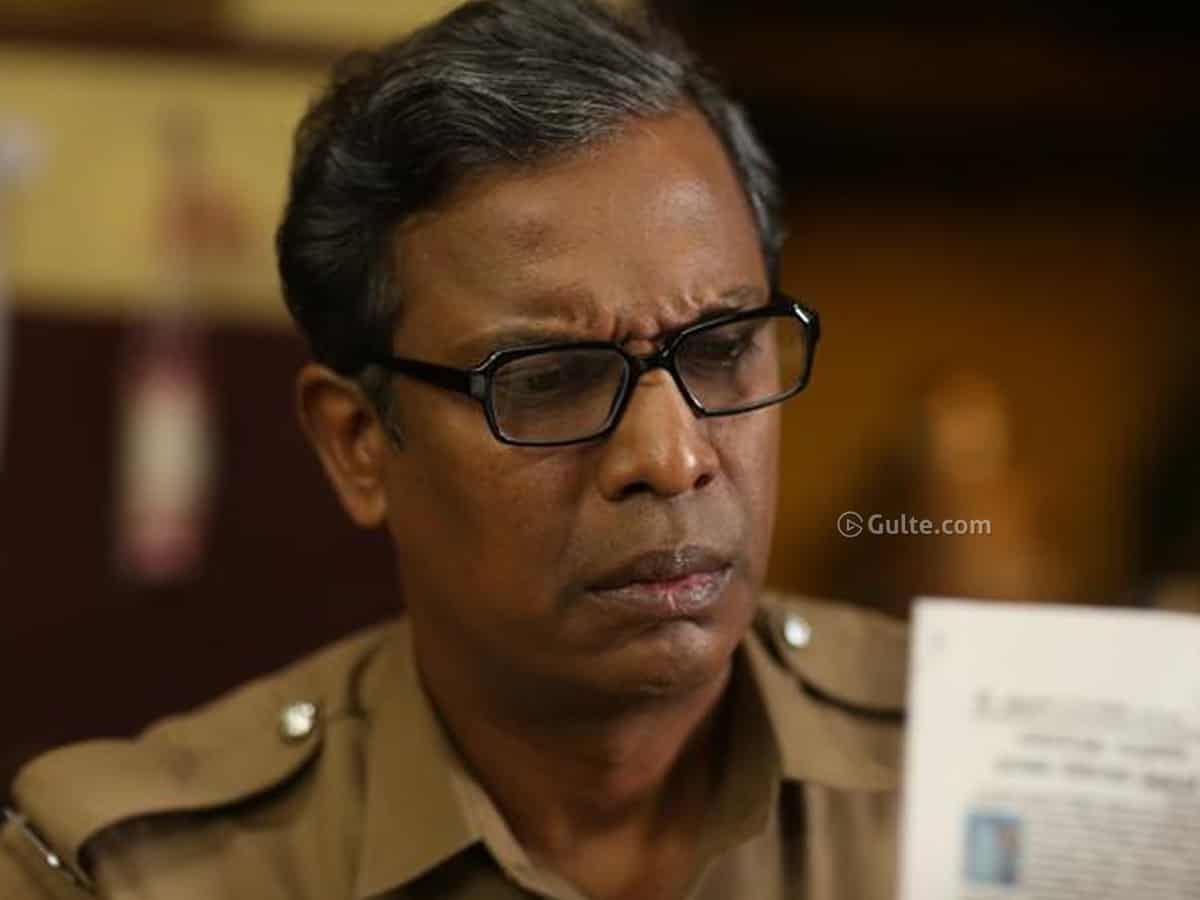 There is an important moment that started in Tamil cinema, stories that raise the voices of the oppressed against the caste oppression which is still prevalent in the country, and most of the movies were well received by the audience thanks to their earnest storytelling. Writer too falls on that radar, it too consists of a part of the story that deals with caste politics and a part that discusses the grim reality of Higher police officials’ ill-treatment towards their subordinates, and it remained honest with a strong drama in making its point that a police union for lower rank officials is must for making their lives better from all the torment from higher officers.

The movie follows the story of a Head constable’s life, Thangaraj (Samuthirakani), a writer who is fighting for the establishment of a police union in court for years, this doesn’t really gel with his higher officer, who makes him transferred to Chennai, where Thangaraj is obliged to look after a Ph.D. student Devakumar( Hari Krishnan) who is held in illegal custody, after which a series of shocking incidents marks the beginning of a poignant and powerful drama.

Writer belongs to Samuthirakani, it’s his one-man show, watching him perform feels like experiencing one touching poetry.
His performance in the skin of “Thangaraj” organically cumulates and culminates the multi emotions varying from serenity to vulnerability, am saying organically because the performance here doesn’t feel heavy like a hit on the chest, it’s more natural, as an age-old writer his dynamics are just spot on, the helplessness he displays both physically and mentally is a testament to his understanding of the characters to its bones and performing them to the teeth, even the little expressions he makes in this meditative role never goes without leaving its little impact in you, an impact that only sheer naturality can induce in you, Samuthirakani was that believable in this movie.

Harikrishnan as Devkumar was fine, his innocence tugs at your heartstrings, and there is a small yet impactful role played by actress Ineya that was just stunning, she was just perfect in that, rest of the cast were adequate in their given roles.

Franklin Jacob weaves a drama that keeps you engaged with its realism in the portrayal of drama and natural characterizations, his writing never really takes a beat, it follows the procedural type of execution, where in every detail we’re fully present in understanding, the screenplay he written is that compelling. However he could’ve maintained more pace at times in narration, as procedural dramas feel slow for some, a better pace could’ve avoided the patience tester moments and would’ve ended up as much better output.

Speaking of technicalities, there are hardly any tight close-up shots in the movie capturing the actors’ faces, even in the biting intense scenes director Franklin Jacob and cinematographer Pratheep Kaliraja chose to keep the camera at a documentarian distance, the camera subtly underplays in the movie to bring the realistic appeal, for which Cinematographer Pratheep deserves a pat on his back and also music by Govind Vasanta is remarkable, it very gently elevates the saddening and tough situations in the movie.

BottomLine : Overall Writer is a film that’s worthy of your time, it’s thoughtful with a very commendable realistic approach in the narration which definitely moves you by evoking strong emotions.