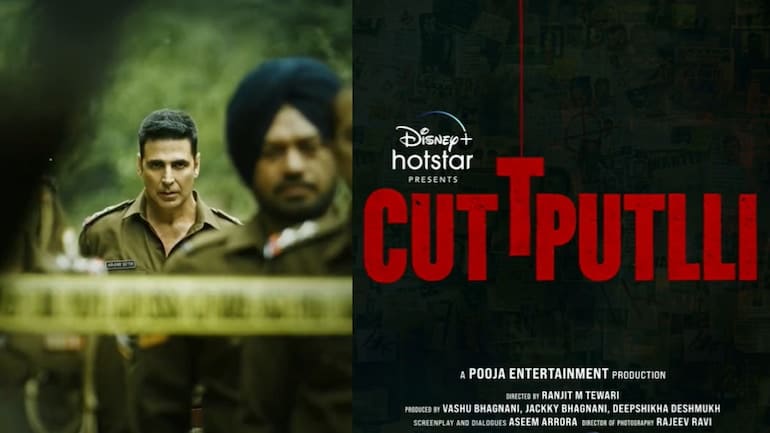 Bollywood has produced some good remakes in the past without spoiling the soul of the original movie, the latest remake in the B-town is of ‘Ratsasan’, a Tamil psychopath thriller which garnered phenomenal acclaim from both critics and audience, With Akshay Kumar on board, there was some anticipation on this remake, titled as ‘Cuttputlli’, it hit OTT recently, streaming on Disney+Hotstar, let’s see whether this remake able to remain faithful to its original in carrying its brilliance or not.

The story begins with Arjan Sethi (Akshay Kumar), an aspiring filmmaker, who due to some unfortunate circumstances, is forced to become a Sub Inspector of police, he will be appointed in the town of Himachal Pradesh, Kasauli, and soon a series of brutal murders of female students begin there, Arjan backed by his solid research on psychopaths/serial killers which he wanted to utilize in making of his movies, determines that those crimes are done by a psychopath/serial killer, and then begins the chase to catch that Killer, whether Arjan able to capture that psychopath or not forms the rest of the movie.

‘Ratsasan’ was one of the finest thrillers ever made, it had nail-biting sequences with absolute thrills and chills, now remaking such a masterpiece comes with a responsibility to not spoil it, and Ranjit M. Tewari made it just watchable, he couldn’t live up to in carrying the intensity of original.

Cutputlli starts on a promising note, the establishing scenes, in fact, the entire first act or the setup was completely engrossing, the way Akshay Kumar’s character confronts his first crime and the follow-up scenes in the police station were all good, but after that good 40-50 minutes, the movie began to feel a bit underwhelming, and the ending is just too rushed and spoils the essence of the movie to an extent, ‘Ratsasan’ had a never wracking ‘third act’ which is completely misfired here because of the poor execution, it’s because of the good twists in the second hour that original movie had in its writing, saves the day for ‘Cutputlli’, as those interesting twists manage to shine in remake too although not as radiant as in Original, still decent enough.

Akshay Kumar as Arjan Sethi was just okay, director Ranjit didn’t want to explore the stressed-out psyche of a rookie, pressure from high officers, or his inability at failing to capture the killer, Original ‘Ratsasan’ had that angle and it made us empathize with its lead completely, which was completely missing here, and so the act of Akshay Kumar feels plain after a point. Rakul Preet Singh played the hero’s love interest, she looked beautiful in a couple of scenes apart from that her character had nothing much to do and from rest of the cast, none manages to make any impression on us.

Technically the movie’s standards were just passable, cinematography by ace technician Rajeev Ravi doesn’t manage to impress this time, it was good at a couple of scenes and that’s it. Musical Score by Julius Packiam packs a punch here and there. Editing by Chandan Arora was decent until the pre-climax, and then it just went outright bad, maybe the lack of footage or anything, I don’t know, but it feels so hasty and abrupt there.

Bottom-line: Overall, Cuttputlli is a fairly engaging thriller that doesn’t completely do justice to its original.