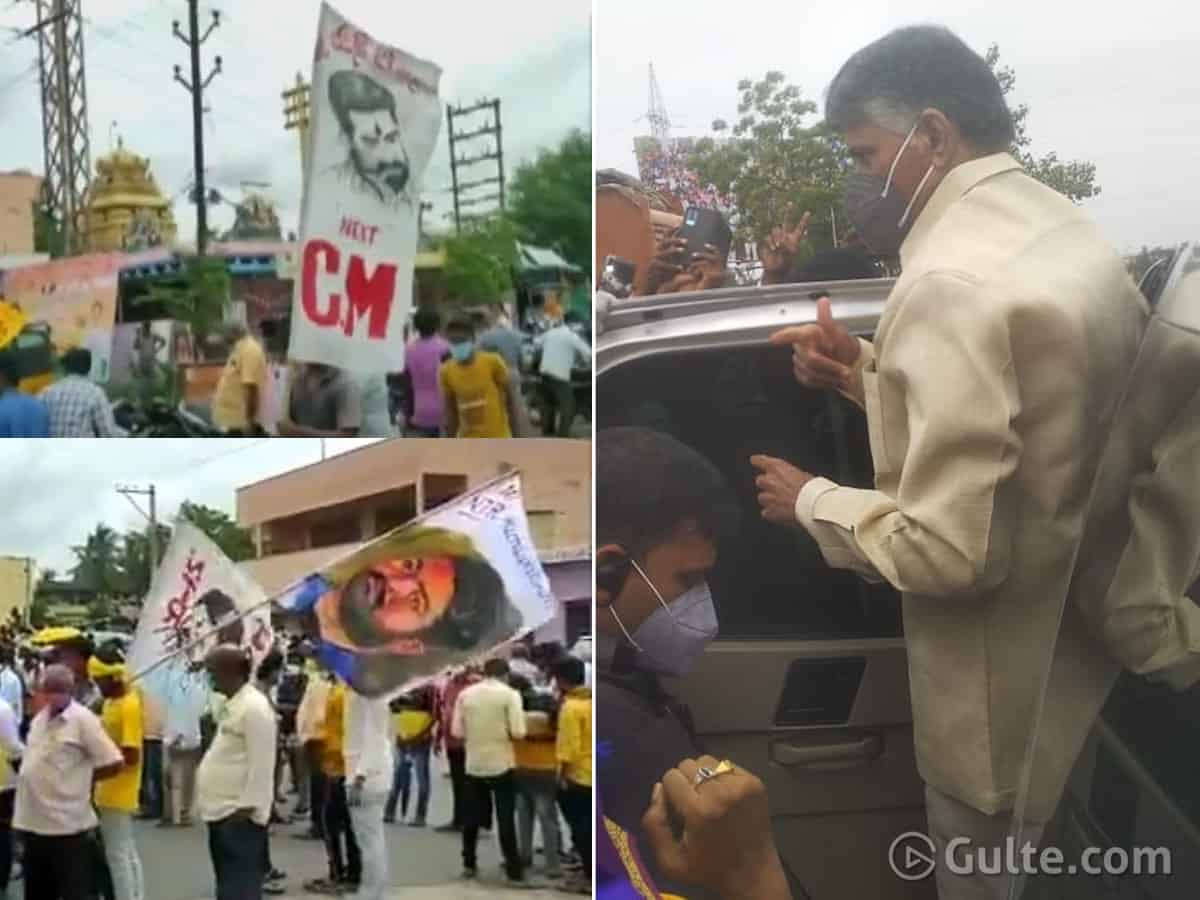 Not so long ago, TDP chief Chandrababu Naidu faced a tricky situation while speaking at a public meeting in Kuppam as TDP followers openly demanded him to invite Jr NTR into the party. A few hardcore loyalists even claimed Jr NTR is the future of TDP.

Now, a similar scene is repeated in Machilipatnam. Earlier today, Naidu toured Machilipatnam to console the family members of TDP senior leader Kagitha Venkatrao who recently lost his life. He was welcomed by a large gathering of TDP supporters.

This is when something very interesting happened. A few TDP supporters who attended Naidu’s public meeting carried the party flags with Jr NTR’s photo imprinted on them.

That’s not all of it. A few attendees went on to shout ‘Next AP CM Jr NTR’ slogans while Naidu was speaking in the meeting.

They were seen waving Jr NTR’s flags and shouting related slogans. Naidu did not pay much attention to any of these developments. He carried on with his speech.

The demand to bring Jr NTR into TDP is growing stronger and stronger with every passing day. But Chandrababu is maintaining strategic silence on the same.