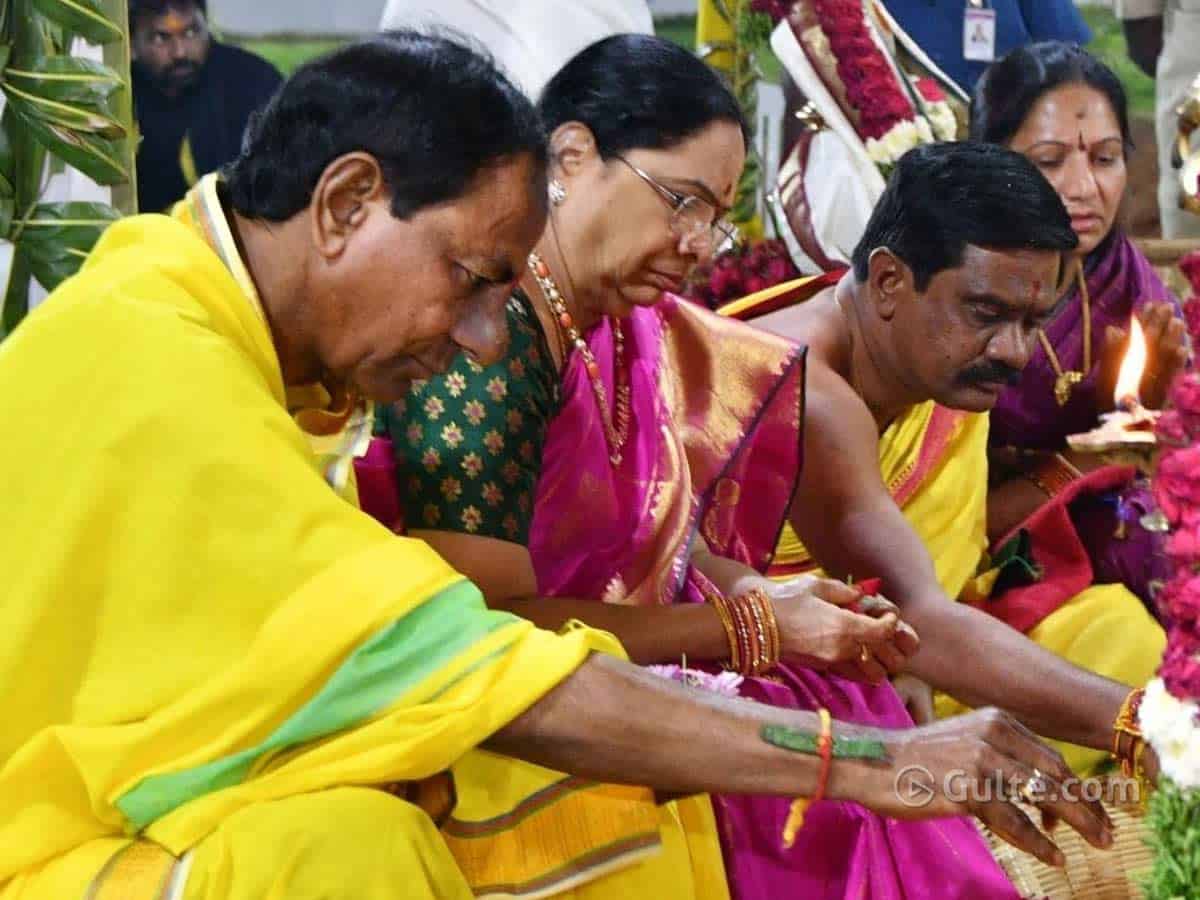 Hyderabad: Name and fame tend to increase the ego of a person. Very few would be able to escape from falling into this trap and Telangana Chief Minister K. Chandrashekar Rao is one among them.

Despite occupying the top post, which also includes wielding power and wealth, KCR seems to be an individual who gives importance to family and blood relations.

The importance he gives to his family can be seen in the way he treats his wife, Shobha Rao. KCR is found accompanied by his wife at all public functions and religious programmes. At the same time, one can also see that KCR keeps his wife engaged throughout the programmes by explaining her details of that particular event and also standing by her side to take the blessings from Swamijis and seers.

Recently, at inauguration of Konda Pochamma Sagar reservoir, KCR was seen explaining Shobha about the reservoir and how it would help the farmers irrigate their land. He is always found giving due importance to Shobha Rao at all the programmes that she attends.

Not just family members, the TS CM also gives utmost importance to his siblings. KCR has eight elder sisters and one younger sister. He is the lone brother for all the nine sisters. Never does he miss celebrating Rakhi festival with his sisters, which also means offering gifts to them. Every year, KCR celebrates Rakhi by inviting all his sisters to his palatial bungalow.

It is not only during celebrations that KCR is found with his family. Even in times of adversity, he stands beside them, extending moral support to them. Last year, two of his sisters, Leela and Vimala Bai passed away. Though KCR was in Delhi when Leela passed away, he cancelled all his programmes and returned to Hyderabad to attend her funeral rites. Meanwhile, before he could reach Hyderabad from Delhi, KCR asked his son, accompanied by T. Harish Rao, to go to his aunt’s house and be of support to the family.

At the same time, despite severe criticism from the opposition parties, KCR has allocated plum posts to his family members, including his son K.T. Rama Rao, his daughter K. Kavitha, nephew T. Harish Rao and MP Joginapally Santosh Kumar. Kumar is the son of KCR’s co-brother.

KCR seems to have understood the importance of family and the need to keep the family members at peace in life.