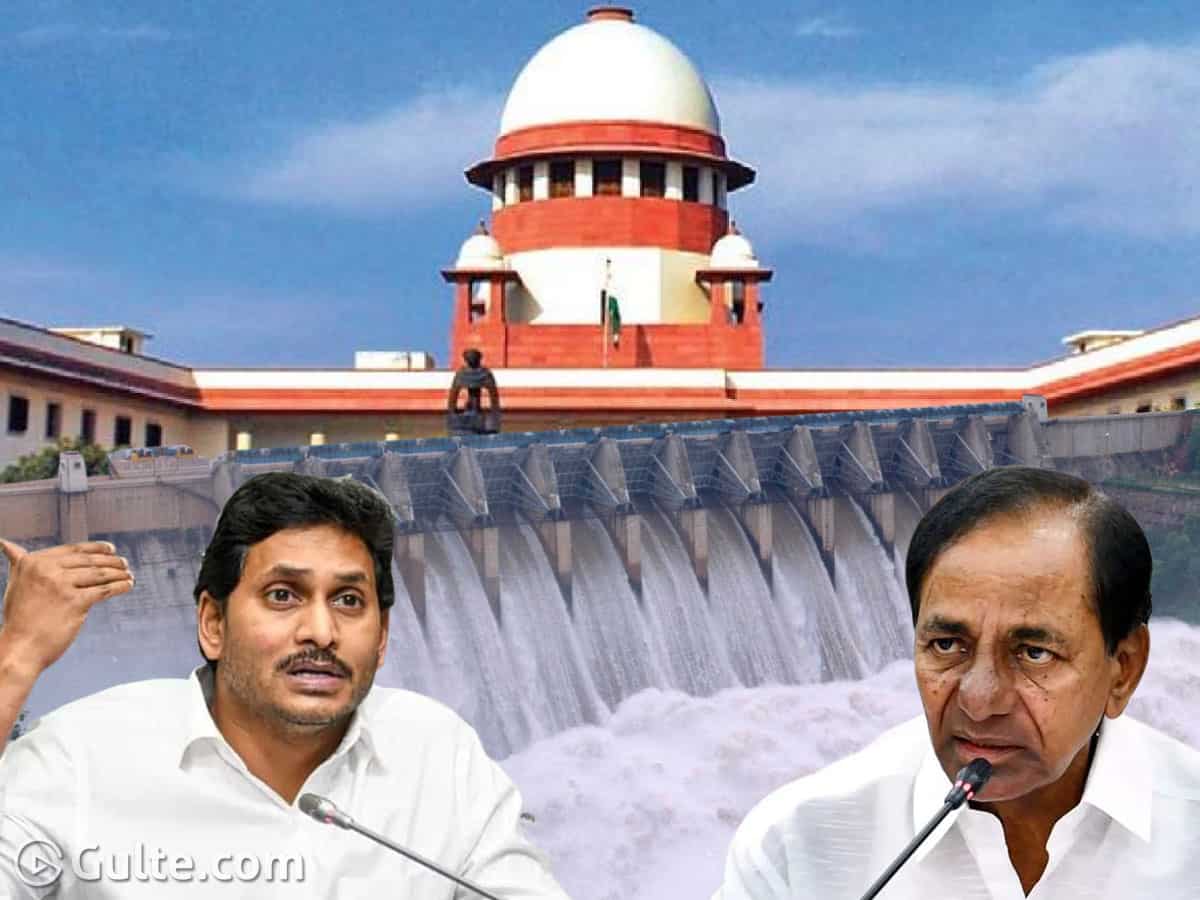 AP CM YS Jagan Mohan Reddy has approached the Supreme Court over the water sharing disputes between the Telugu states. Against the unilateral decision of Telangana government, CM Jagan led AP government has written to the government of India. But from the Telangana CM’s side and from the Centre there is no response.

Having realised that there is no point in appealing to Telangana CM KCR and PM Modi, Jagan went to the Supreme Court. Moreover, against the Bachavat Tribunal’s allocations of 299 TMCs, Telangana government is demanding for another 100 TMCs of water share making the total up to 400 TMCs from the Krishna River.

KCR and the Union government may not bother about Jagan’s appeals and letters and what not but they will have to reply to the Supreme Court notices if served. Telangana CM KCR has complete knowledge of the consequences if Supreme notices are ignored and as soon as KCR learned about Jagan’s petition in Supreme Court, the Telangana government has stopped the electricity generation in Pulichintala project and Srisailam dam.

In the Supreme Court, water disputes take ages to get a solution and history says the same. In the petition, Jagan government made it clear that managing and handling of irrigation projects must and should be under state’s control instead of Centre’s. The petition also claimed that Telangana government’s actions to utilise the water are deliberate and would do a severe damage to AP and as long as the Telangana government continues to monitor the projects, AP would meet severe injustice in the years to come.

In order to corner the Centre and Telangana, Jagan government also included the letters it had written to the Union Jal Shakti Ministry and video clippings of KCR who spoke against Brijesh Tribunal. That’s a master stroke that both Centre and KCR had not expected.

On the AP government’s petition, KCR is yet to respond while the Union Jal Shakti ministry will handle this case but PM Modi will be having some knowledge of the water dispute.