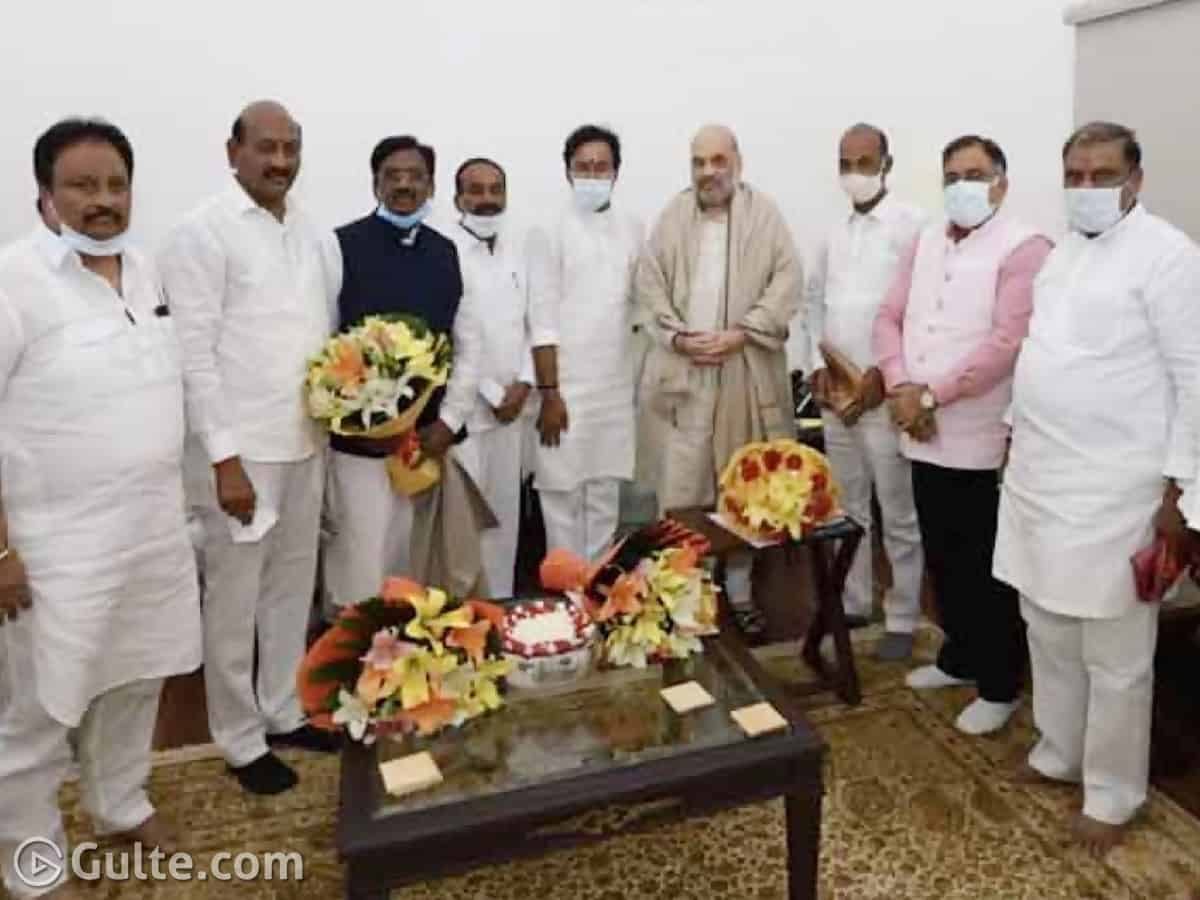 None other than Union Home Minister Amit Shah is going to campaign for Eatala Rajender in Huzurabad by-election. BJP’s Telangana chief Bandi Sanjay, Eatala Rajender, EX MP Vivek along with other state party leaders met Amit Shah in Delhi the other day. Union Tourism Minister Kishan Reddy, who belongs to the state, has also accompanied Bandi Sanjay in the meet.

During the meet, Bandi Sanjay has briefed Huzurabad’s political situation to Amit Shah and also briefed him about the Padayatra that is going to begin from August 9th. The state BJP leaders have taken inputs from Amit Shah on Padayatra and the game plan for the Huzurabad by-election.

Amit Shah is said to have promised to campaign for Eatala in the by-poll campaign. Shah is going to fly to Huzurabad and participate in the last day of the poll campaign which is expected to have a significant impact.

Shah is also likely to hit out at KCR in his campaign. Looks like, BJP is leaving no stone unturned to win Huzurabad with a huge majority and thus throw a challenge to KCR.