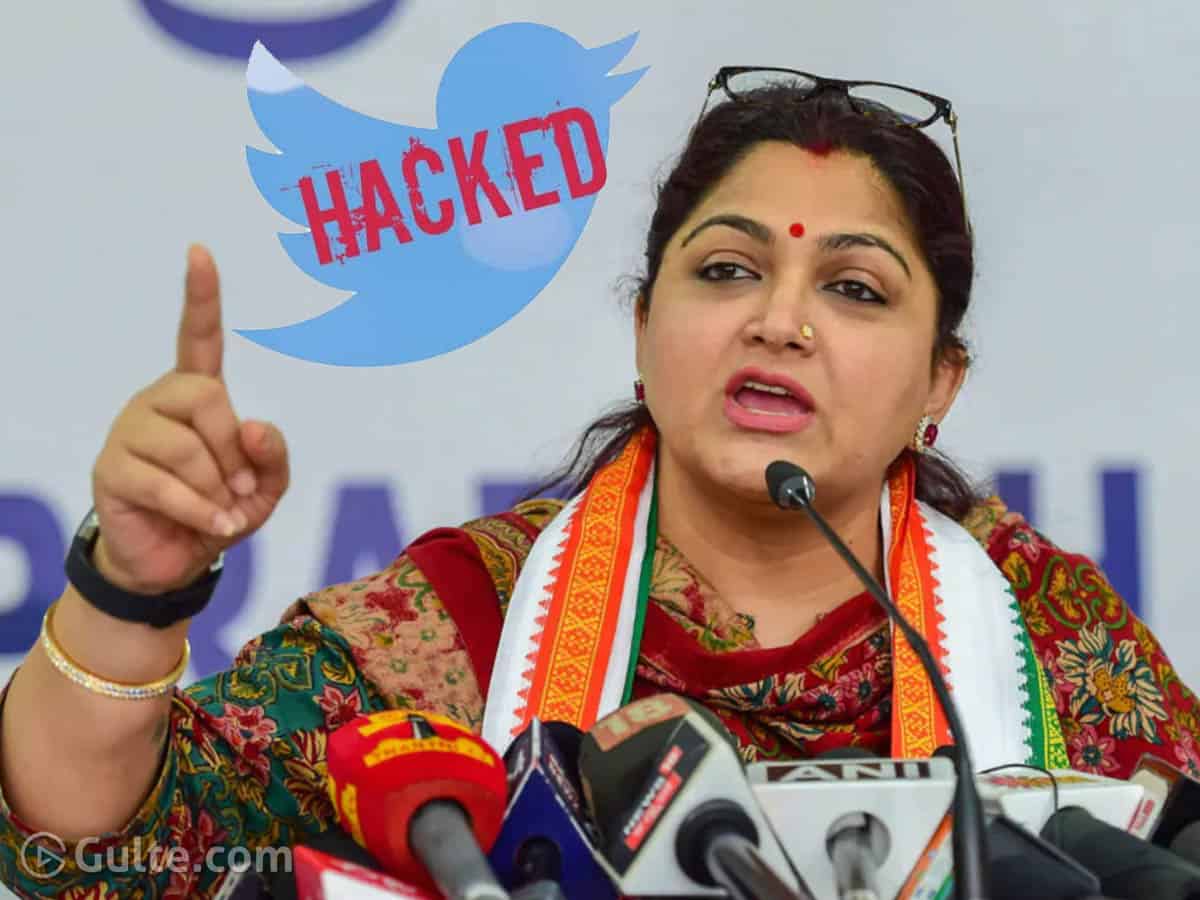 Actress and BJP leader Khushbu Sundar’s official Twitter handle has been hacked by the cyber criminals. As a result, all the tweets and media posts made have been deleted. The hackers changed the display picture, the timeline cover image and also the name as ‘briann.’

Khusbhu issued a statement regarding the hack and will be lodging a complaint regarding the same with Tamil Nadu DGP. Khushbu claimed that her Twitter handle has been hacked about three days back and she is trying to retrieve it with the help of Twitter administration.

However things did not work out and so Khushbu has decided to lodge a complaint. Speaking to ANI, she said, “Since all the tweets are deleted or archived by this hacker, I hope it does not spread hate, incite violence, or personally attack someone. Also, it should not be used for any anti-national activity.”

Khushbu joined Twitter in 2010 and never faced such a situation. She has over 1.3 million followers.

Cybercrimes have become common these days, especially hackers are targeting celebrities and politicians in a large scale.