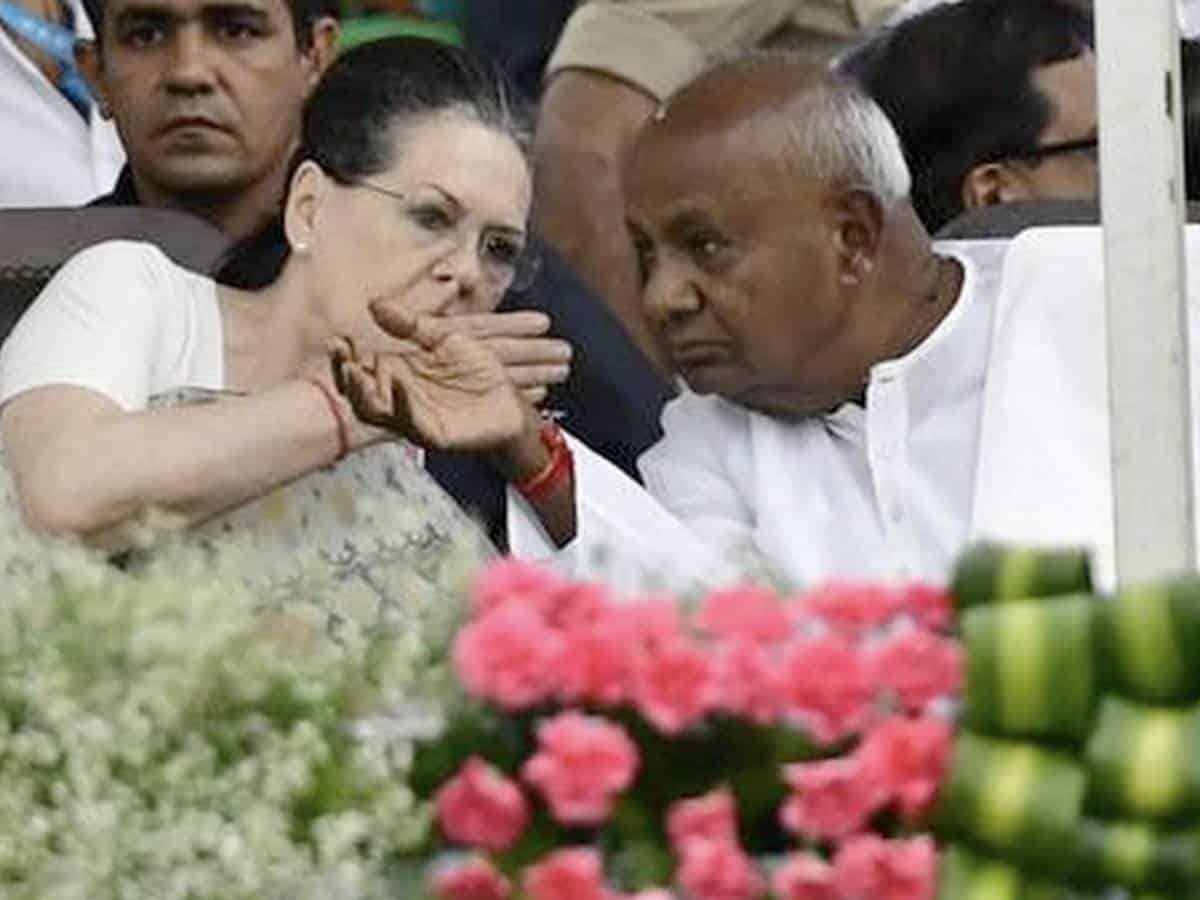 In a significant political development, former Prime Minister Deve Gowda has agreed to contest Rajya Sabha polls from Karnataka. It is said that Deve Gowda has been backed by Congress party. Congress president Sonia Gandhi has spoken to Deve Gowda and confirmed her support for his Rajya Sabha entry.

JDS patriarch Deve Gowda has been contesting direct elections since 1962. Be it the Legislative Assembly of Karnataka or Parliament, he always preferred direct elections where he won continuously. However, Deve Gowda lost the 2019 Lok Sabha election from Tumkur by a margin of 13,000 votes. This is after he vacated his own parliament constituency Hassan – where he has a strong foothold – for his grandson Prajwal Revanna, who won from Hassan. But Deve Gowda was defeated in Tumkur.

After keeping up suspense for days, Congress said to have agreed to back JDS and Sonia Gandhi reportedly requested Deve Gowda to contest Rajya Sabha polls. The move is to give shock to BJP. While Congress has already nominated Mallikarjuna Kharge as its candidate for the one seat which is a sure shot win. With this, the Congress, which has about 16 excess votes, has agreed to back Deve Gowda.

Elections will be held on June 19 for four Rajya Sabha seats in Karnataka. The ruling BJP has fielded two candidates and is contemplating to field a third candidate. Any candidate needs 44 MLA votes to win a Rajya Sabha seat in Karnataka. Currently, JDS has 34 MLAs in the house and Congress is expected to lend its 16 surplus votes to JDS candidate Deve Gowda. Deve Gowda is going to file his nomination for Rajya Sabha polls today as it’s the last day to file nomination.

If all goes well, Deve Gowda will step into Rajya Sabha once again. Earlier in 1996, he had been to the Upper House for 2 years when he was made the Prime Minister. While Deve Gowda had been against to indirect election, he has been finally convinced by party MLAs, leaders and Congress seniors.